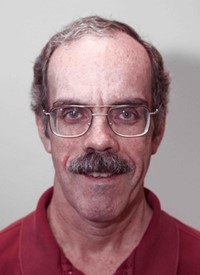 A shadow passed over our campus community this past Friday when we learned of the passing of the beloved Ray Scott. After a hard-fought battle, Ray lost his life to cancer on Nov. 1st. Ray Scott has served as Athletics Equipment Manager for the Garnet since 1993. In those 23 years of service to our community, he touched the hearts and minds of the many students, coaches, and athletes that passed by him every day. In talking to the many people who knew Ray Scott, it became clear just how important this man had been to the community and just how many lives he had impacted.
Ray, a native of Eddystone, Pennsylvania, graduated from Widener University with the Class of 1982, earning a BA in history. While there, he also helped to manage the football team. He applied for the equipment manager position in 1993, and has tirelessly served the Swarthmore community in all his years here.
For all of the students and coaches that I interviewed for this piece, one of the biggest things that stood out for them about Ray was how much he cared about Swarthmore Athletics and how dedicated he was to each individual. He was always willing to extend a kind face or word to everyone. Renee DeVarney, head coach of the Women’s Basketball team, said that Ray never seemed to have a bad day, always put on a happy face, and greeted each athlete by name as they passed by.
“Ray was somebody who always put the students and student-athletes first,” says Todd Anckaitis, head coach of the Women’s Soccer team.  “He always tried to put a smile on someone’s face if they looked down, and would always stop what he was doing to have a short chat.  He greeted newcomers to the campus athletic facilities by showing them around and bringing them to the appropriate coach of the sport.” Todd also described Scott supported athletes in competition. “As for his support of our Women’s Soccer program, he was like an informal coach of the program.  Not worried about tactics, but always interested in the mentality of the players and all of the little logistical details to make sure they could focus on playing the game.  He wanted them to have a great experience, win or lose, and did what he could to impact that.  He came to so many games in my time here — not just the home games. He would travel to the away games on his own time just to watch us play.  Not having him in the front lobby when we come in everyday or on the sidelines with camera in hand is going to make Swarthmore Athletics a very different place.  He is missed.”
“I knew Ray Scott for over 15 years, and he loved the Swarthmore athletics community—  it was a family to him, and he loved coming to work every day,” says Women’s Volleyball Coach Harleigh Chwastyk. “He enjoyed getting to know the Swarthmore students, and truly cared about all the people he worked with; coaches, students and staff.  Ray had the ability to personally connect with each person through a memory or nickname; my nickname was Dewey because, in  one of our first conversations, he found out that Red Sox Dwight “Dewey” Evans was my favorite baseball player, so Ray always called me Dewey.  One of the things he cherished was when alumni would come back to see him and bring their families.  He was always so proud of the success and accomplishments of current and past Swarthmore athletes on and off the field.”
“I was fortunate enough to have worked with Ray for over 14 year,” says Men’s Soccer Coach Eric Wagner.  “He was a soft-spoken, calm man who always had a kind word for me when I came by.  He was able to focus on each person individually, no matter how many people there were clamoring for his attention — as if that one person were the only one in the room.  Ray wanted to take care of everyone, make sure everyone had everything they needed. For seven years, Ray intentionally scheduled himself to work Friday nights once a month, so that he could be here for the Garnet Athletics Kids’ Night Out program.  Again, he wanted to make sure everyone was taken care of, even the visiting children and their parents who came for KNO.  I usually worked those evenings, too, and Ray would always set up, help with the equipment we needed, and make sure the people working the program had everything we needed for a smooth evening. I’ll miss Ray.  He was a genuinely positive person in my life.”
When we lost Ray, we lost a gem. He is irreplaceable in the hearts of so many people, and his legacy will be remembered by the countless people that knew and loved him. May his life and his memory be a blessing.