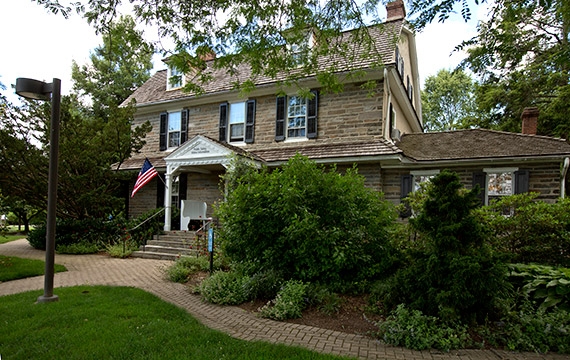 Content warning: sexual assault
On June 23, 2016, the Department of Education released an updated version of the Handbook for Campus Safety and Security Reporting, which provides guidelines for the implementation of the Jeanne Clery Disclosure of Campus Security Policy and Campus Crime Statistics Act, better known as simply the Clery Act. The Act, which was signed into law in 1990, requires colleges to publicly and regularly report crimes that fall into specific categories that are considered to be a threat to the campus community.
The additions to the handbook include several detail-oriented measures and concept-defining improvements. For instance, the handbook updates included examples to help institutions better understand and carry out the requirements of the law, and it specified what qualified as distances contiguous to campus, now set at up to one mile. The updates also involve integration of the 2014 Campus Sexual Violence Act, which added Violence Against Women  amendments to the Clery Act. This change added the categories of domestic violence and dating violence to the list of Clery-defined crimes.
According to Director of Public Safety Michael J. Hill, the college has taken measures to incorporate the changes on campus.
“Since the VAWA act was passed, we have worked hard to comply with the spirit and letter of the law.  We, along with many other community partners, such as the Dean’s Office, OSE, Health and Wellness, and Title IX, work very hard to ensure that the safety of community is our number one priority, and those resources and options are provided … to anyone who may be a victim of domestic or dating violence,” Hill said.
As part of the Clery Act, colleges and universities are required to release an annual report of Clery Crime Statistics.
Based on Swarthmore’s 2015 Clery Act Crime Statistics report, the college had 20 VAWA and Sex Offense reports filed in 2012, 103 in 2013, and 27 in 2014. For comparison, Amherst’s 2015 report discloses 10 reports in 2013 and 18 in 2014 (VAWA statistics were not required by law until 2013), Williams’ 2014 report had 0 in 2012 and 1 in 2013, and Middlebury’s 2015 report had 9 in 2012, 38 in 2013, and 24 in 2014.** In both 2013 and 2014, Swarthmore reported more instances of rape and forced fondling than both Amherst and Middlebury. (Williams did not break down the distinct categories of sex offenses.)
Currently, there does not seem to be a known cause for the notable differences in numbers.
“Each institution is unique and different based on a variety of factors,” Hill said.
Hill also explained the proceedings for handling cases. After an issue is reported, public safety must determine if it is an ‘ongoing threat’ to the campus.
“An ongoing threat to the community is evaluated on a case by case basis. This assessment, depending on the nature and severity of the incident, can include other key members of the community, such as the Title IX Coordinator, Dean of Students, or others if appropriate.  Typically, if we are able to identify the individuals involved and implement measures to prevent any future similar behaviors, then the threat for safety has been mitigated,” Hill said.
However, if the threat is evaluated to be ongoing, a “Timely Warning Notice” is issued. Since fall of 2015, there have been four Timely Warning notices issued: two for fondling, one for burglary, and one for sexual assault.
This reporting of crimes comes from Campus Security Authorities, who are responsible for student safety to varying degrees. CSAs includes Public Safety Officers, members of the Dean’s Office, Athletics Coaches, RAs, DPAs, SAMs, and SWAT team.
Public Safety’s Associate Director for Investigations Elizabeth “Beth” Pitts helps oversee training of student CSAs in order to uphold the requirements of the law.
“The CSA training we do for RAs focuses on the Clery/CSA requirements and information that can be found in our CSA video, which is available for view on our webpage. That is the same video we show RAs and other CSAs. We provide reference materials including Clery handbooks and resource materials for on and off-campus assistance.
During the training, we also provide an overview of Public Safety, our staff, and our services,” Pitts said.
Ensuring that all groups involved stay compliant to the updated handbook is an ongoing process.
“I’m certain that my team, as well as the Swarthmore Clery Act Compliance Committee, which I co-chair, will continue to look at the handbook and work hard to ensure that we are fully compliant.  We are doing our very best to make sure we take care of our community,” Hill said.
Information about the Clery Act, including a comprehensive list of Clery-defined crimes, can be found on Public Safety’s website.
**These numbers were calculated by combining the reported numbers for Domestic Violence and Dating Violence, which are the added VAWA crimes, and the general sex offenses originally in the 1990 Clery Act. Middlebury’s numbers are not complete, as the college’s report did not include Rape, Incest, or Statutory Rape in 2012 or 2013, and did not report Forcible Sex Offenses or Non Forcible Sex Offenses in 2014.