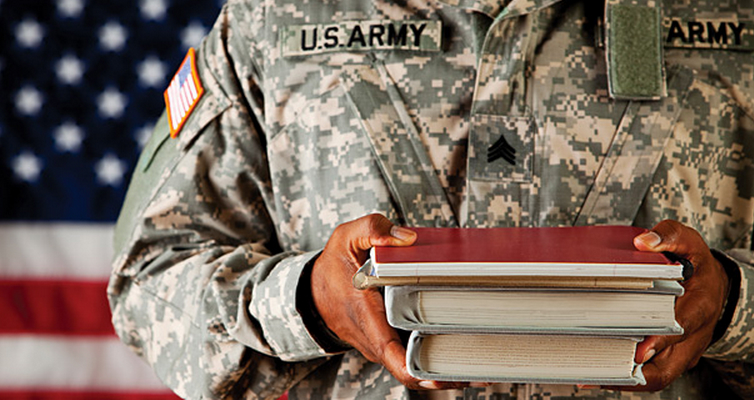 Swarthmore generally does a good job picking each class of student it accepts. It focuses on diversity of people and perspectives, and while it could do better in enrolling low-income and minority students, its choices are trending in the right direction.

Despite this progress, though, Swarthmore has one major blind spot. In recent memory, the college has failed to enroll a single American military veteran who has claimed Veterans Affairs benefits, according to the registrar’s office. In fact, the school has a similarly rough record when it comes to accepting the children of members of the US military. Only four enrolled students are collecting VA benefits from their family members through the Post 9/11 GI Bill.

Around 0.4 percent of Americans are currently serving in the military. If we were to extrapolate that demographic to Swarthmore’s student body we would expect 6 students to be military members. Of course, this isn’t necessarily an accurate picture of the number of veterans that actually end up attending college. Using another count, Swarthmore’s track record doesn’t improve. Around 4% of all undergraduate students in the United States receive some sort of student aid from the VA, either as a family member or as a veteran. By this count, 63 students at Swarthmore should be receiving aid from the GI Bill.

Of course, there are some mitigating factors. American veterans generally enter college in their early twenties, which isn’t normal for Swarthmore, and some even have started families by the time they enter school.

But this hasn’t stopped many of Swarthmore’s peer institutions from accepting American Veterans. As of 2015, Wesleyan enrolled 22 American Veterans, Williams 1, Wellesley 1, Mount Holyoke 4, and Amherst 8. Veterans clearly want to attend the top liberal arts schools in the country; they’re just not coming to Swarthmore.

It’s also not as though Swarthmore doesn’t have its fair share of older students. In fact, there are numerous student veterans from around the world who fulfilled their country’s mandatory service requirement before coming to Swarthmore.

The existence of a demographic gap between the general population and Swarthmore’s student body, in and of itself, doesn’t necessarily mean that we must fight for higher representation from American Veterans. But there are still two strong reasons we need more American veterans at Swarthmore.

First, American veterans have so much to teach Swatties about the world. In many cases, they’ve traveled the globe and have a depth of life experiences that come with it. Of course, the realities of war also mean that they also know far more about the pain and violence in the world than most of us ever will. We can’t forget that veterans coming home from the Vietnam War, and going to college on the GI Bill, helped fundamentally change the culture of campuses. Student veterans were often vocal leaders on both sides of the war protests that broke out across campuses throughout the late 1960s and early 1970s. American veterans of conflicts in the Middle East have an important voice that should be represented on campus.

Second, and most importantly, Swarthmore simply has a duty to help American veterans regardless of whether they strengthen the campus community. These are people who have, in many instances, put their lives on the line for the security of the country. They’ve spent their blood, sweat, and tears in public service and deserve recognition for this sacrifice.

I realize that many Swatties may not respect the way many of the United States’ interventions have been fought, but this is an entirely separate debate than the one I’m trying to have. Many of the men and women fighting in Iraq and Afghanistan also disagreed with their mission, yet they carried it out because it was their duty to follow the will of the president, congress, and people. Swatties can disagree with the wars of the last decade while welcoming American veterans with open arms.

Recruiting veterans also falls well within one of Swarthmore’s implicit goals of pursuing social justice. Swarthmore students and administrators always seem to say they have a commitment to helping those in need, and American veterans certainly fall in this category.

Even though veterans make up around 9 percent of the United States’ population, they are sadly responsible for 18 percent of its suicides. Despite massive efforts to fix the problem, veterans also have a higher unemployment rate than the rest of the population. If Swarthmore wants to live up to its reputation as a leader in social justice, it should reach out to American veterans and give them the chance to attend one of the best schools in the country. Allowing them to study at top institutions is one of the simplest ways to help them solve issues within veteran communities.

A good first step is to, at the very least, increase the school’s participation in veteran recruitment programs to attract applications from people with military backgrounds. Part of the problem could be that veterans may not even know that Swarthmore is accessible to them. Articles, like this one published in The New York Times, seem to indicate that low application numbers are an issue.

But beyond that, Swarthmore could start weighing veteran status more heavily in its holistic admissions process. There are any number of ways to solve this problem, and I’m sure the administration is in a much better position to brainstorm an acceptable solution than I am.

While Swarthmore has made strides in its inclusiveness in recent years, reaching out to veterans is yet one more step the college needs to make to live up to its own principles.

Featured image courtesy of the University of Washington.