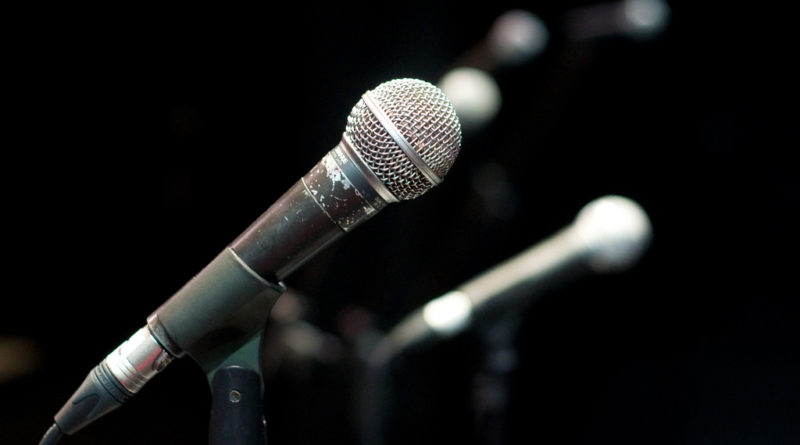 This past weekend, I had the honor of performing with my fellow OASIS poets at Kitao Gallery’s Fall Art Showcase. The event was a huge success. It was inspiring and beautiful to witness visual, performance, written, and musical art forms intersecting and co-existing for an entire weekend. Performing with my peers, Nader Helmy ‘17 and Vanessa Meng ‘19, plus conversations with fellow poet Cat Velez ‘17, reminded me of why I perform my poetry, as opposed to merely writing it.

As artists of color, being physically present to recite our work is a political statement. We are existing. Loudly. We are taking up space and asserting our existence and humanity at a most urgent and pressing time. Something about the fact that I will, eventually, go on a stage and bear public witness to my narrative makes my writing even more urgent and honest. In my work, I am particularly interested in exploring ancestral trauma, and the way trauma travels through bodies and generations. My poem below, “someday i’ll love george abraham” is a testament to all I am as a poet.

This poem serves two purposes: to assert and validate my humanity by passing on my urgent narrative, and to heal from the trauma and pain inflicted on my body by present and historical trauma. While it is important for artists of color to assert their humanity and rights through their narratives, self-care is equally important and equally radical. I have witnessed the restoring powers of performance poetry, being on various teams competing at national poetry competitions such as the College Union Poetry Slam Invitational (CUPSI). On teams made up primarily by people of color that I’ve joined in the past years, the urgency, emotional truth, and necessity of a piece was always prioritized over craft when deciding which poems to take to competition. We’ve lost some rounds and won others as a result, but at the end of the day, we did the work we needed to do. That healing is what mattered most.

Not all poets within both the literary and performance poetry community adopt a mentality that stresses healing and urgency. An example that comes to mind is a poem many (white) people at CUPSI loved a few years back – an infamous poem about french fries took up space on final stage, which is a coveted spot reserved for only the top 20-ish poets in competition. The poem, to many, was humorous, and it was valued for its entertaining, comedic qualities above all else.  I do not mean to imply that comedy has no place here; there are hundreds of funny slam poems I love, but all of them have a central message and at least some sense of urgency driving them. For some of us, this art form is a means of survival; we are not here for entertainment or pleasure. We are not here to listen to white girls make mediocre jokes about their inability to choose if they want fries with their burger or not.

On the flip side, this commercialized view of slam poetry as entertainment elucidates yet another problem: exclusion of spoken word and performance poetry from the literary academic canon. While it is true that some slam poems, such as the aforementioned french fries poem, lack essential qualities to what some could consider a “good” poem (such as an overarching, compelling message, aside from the existence of indecisiveness), the net result is condescension of an art form rooted in a history of oppression and defying literary norms.

Slam poems are often excluded from academic dialogue because, some believe, the performative elements, and often a lack of formal metric structure, detract from the craft of the piece. However, the entire lens through which academics view spoken word is, inherently, biased to prefer a Eurocentric, white, patriarchal, cis/heteronormative poetic aesthetic. Some of my favorite poems of all time are spoken word pieces which, while using academically approved high craft devices such as metric structure, figurative language, and formal sound devices, transcend the world of page poetry and add a physical urgency to the central message.

The distinction academia draws between spoken word and written poetry is nothing more than an attempt to exclude voices of color from the American Canon, and is largely a side-effect of internalized white supremacy and Eurocentric aesthetic preference. Instead of teaching another Robert Frost “bored old white man thinking about nature” type of poem, why can’t we teach poems like Aziza Barnes’ “My Dad Asks, ‘How Come Black Folk Can’t Just Write About Flowers?’” Instead of raising readers to ask how the poet delivers their central message effectively, it is more interesting to investigate why the poet delivers their message the way they do, and how their message relates to both the personhood of the poet and the larger societal context in which the poet exists.

If an artistic space does not prioritize the safety of marginalized voices above all else, it is oppressive. Supporting the idea of the arbitrary, Eurocentric craft ideals over content and voice is violent. Thankfully, my experience with the arts at Swarthmore has been positive and supportive due to the fellow artists of color here who work tirelessly to create safe spaces for art.

All this being said, no artist is perfect. Going forward, I challenge everyone (myself included) to critically re-evaluate how much space one takes up, as well as one’s position and intents in this larger system we were all placed into.

***
End Note: Full disclosure – I am a finalist for the 2016 Write Bloody Poetry Manuscript contest, and the press will select winning books to publish out of the 20 finalists based on a video I upload to YouTube. The video of “someday i’ll love george abraham” was submitted for this contest. If you enjoyed this op-ed and my poem, please share the video and like it on YouTube.

One thought on “On Arts, Performance Poetry, and Healing”