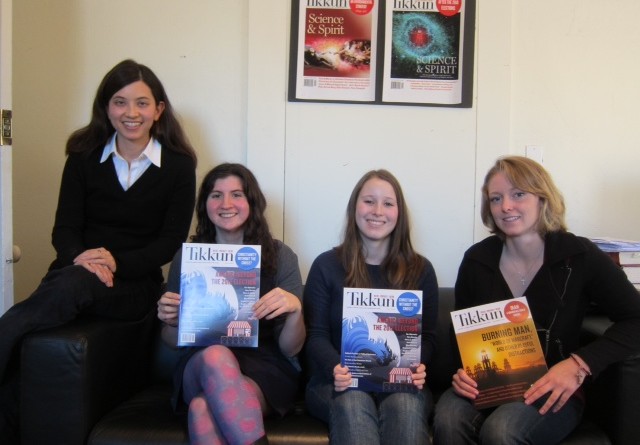 Can you smell it in the air? The freshly cut grass, the pungent scent of brand new leather, the cookout on a hot Saturday, the sweat of thousands packed into a stadium? Probably not, because you’re at Swarthmore. Imagine for a moment that you’re down in Southeastern Conference-country. For you, college football is back and things are already heating up. Shattering the single game attendance record? Check. A horrible mistake by an officiating crew leading to an improbable loss for a Top 25 team? Yup, we have that too. A sophomore quarterback looking to establish himself as maybe one of the best college football quarterbacks ever? Look no further than Lamar Jackson of the University of Louisville. It’s only the second week of the season, and just writing about college football makes me excited. I grew up in a family that loved football. My dad is a Washington Redskins fan and my brother is a Houston Texans fan, despite being from New York. I decided to forge my own path and chose the New England Patriots, perhaps influenced by the fact that the greatest quarterback of all time and I share a last name. When I finally reached high school, I was exposed to the wide world of college football. College football may not be equivalent to the professional level in terms of skill, but it is nonetheless exciting to watch 128 teams compete for only two spots in the National Championship game. It is exciting to watch “weaker” schools hold their own against perennial powerhouse, especially schools like the University of Houston, whose experiences with officiating mistakes led to memorable finishes. The first two weeks of this season are prime evidence of these upsets and miraculous endings.

Oklahoma State. It had to happen to someone this season, it’s just a shame it was you.  It would not be college football without a few ridiculous mistakes by officials on the last play of the game. First, congratulations to Central Michigan University for executing the final play masterfully. With zero seconds on the clock, the Central Michigan quarterback threw up a Hail Mary caught about 10 yards outside of the end zone. As the quarterback was being dragged down by Oklahoma State defenders, he had the presence of mind to throw a tactful lateral to another Central Michigan player who managed to break the plane of the end zone before being dragged down against his will. This play should never had happened. Oklahoma State, on fourth down, threw the ball away, leaving zero seconds left on the game clock.  Mason Rudolph, Oklahoma State’s quarterback, was called for intentional grounding. The referees gave Central Michigan the ball back for an untimed down. However, NCAA rules clearly state that the game can end on a live ball penalty with no time on the clock. Nobody, not even any of the officials, realized this. Even more incredible is that something like this cannot be overturned. We are talking about a team with legitimate Big 12 championship aspirations painfully falling out of contention. Just nullify that final touchdown. It’s fairly simple, but instead a team’s playoff hopes are basically ruined. The officials were, I’d say appropriately, suspended for two games.

Is there a more electric atmosphere than a college football stadium on game day, especially if that stadium happens to be a converted NASCAR track that seats 150,000? The Battle at Bristol was a game for the ages, not just because it was a pretty great performance from both the University of Tennessee and Virginia Tech. A whopping 156,990 fans showed up for the game. That’s practically an order of magnitude larger than the number of students who have attended Swarthmore, ever. That broke the previous single game attendance record by more than 40,000. That’s more than the total single season home attendance of one-third of FBS schools. Watching that game on television, you could hear the chants and cheers of those many thousands, see the solid masses of orange and Chicago maroon fill the grandstands. That’s what college football is all about; thousands of people coming out to support those teams that are dearest to them, filling the night air with their raucous cries as they watch their school battle for dominance. Virginia Tech started hot, while Tennessee could not find their rhythm on offense. Once they did, they showed why they’re the preseason favorite to win the SEC West and possibly challenge the powerful University of Alabama. Joshua Dobbs of Tennessee made some great plays at quarterback, helping his team come back to defeat Virginia Tech 45-24. An undoubtedly memorable game to say the least.

Overshadowing that game is Lamar Jackson, with his cardinal wings casting a shadow over all of college football. Lamar Jackson is insane. His statistics look like they came straight out of a videogame. Through only six quarters of play, he has accounted for 1015 yards of total offense, both passing and rushing. He has accounted for 13 touchdowns. As a Stanford fan and one who thought Christian McCaffrey should have unanimously won the Heisman last year, I begrudgingly say that he is looking to put together a season better than McCaffrey’s. Just to be clear, McCaffrey broke the NCAA record for single season all-purpose yards last season, by a pretty significant amount. Is it possible for Lamar Jackson could have a more dominant season? That’s a scary thought for Clemson University and Florida State University, the other two dominant teams in the Atlantic Coast Conference who both have playoff aspirations. With Jackson sustaining his level of performance and Louisville’s fairly easy schedule, besides games against Florida State and Clemson, he should be a lock for the Heisman Trophy, awarded to the best player in college football. Nevertheless, I hope that some Heisman committee members will stay up a little later on Saturdays and watch the human highlight reel that is Christian McCaffrey. But can I expect that? Probably not.