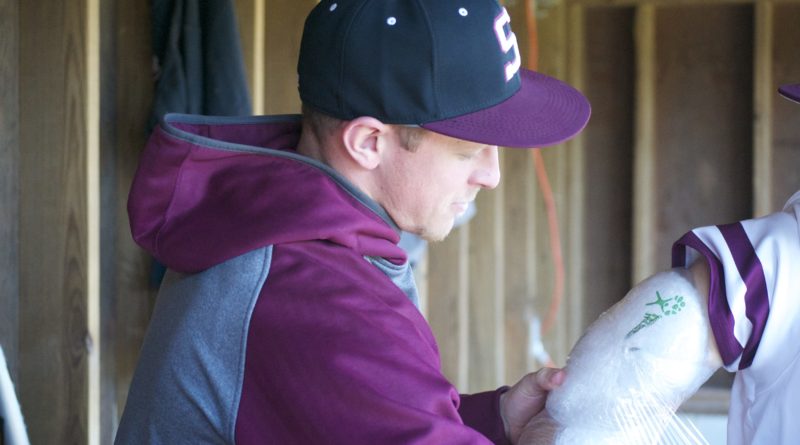 Brandon Craig is one of the best trainers in the game. In 2015, he was named to the All-Centennial-Conference first team for both ice-wrapping and taping.

In 2015, the baseball team traveled to Haverford. Halfway through the game, Ryan Burnett ’17 was exposed to some type of peanut substance and began convulsing on the bench. In mere seconds, Craig was by Burnett’s side with an epi-pen in hand and jabbed him in the leg. Burnett was able to finish the game, going 2-3 with two doubles and 3 RBIs.

“It was just another day on the job,” Craig modestly stated. “Ryan is actually allergic to everything so I actually end up saving his life a couple times a season. I couldn’t do it without his help. I’m just glad he puts me in great positions to succeed.”

“I’ve been doing the same routine since I got my big break a couple years ago in the Mexican league. Before I head onto the field, I dilute an ounce of antelope blood into 20 ounces of riptide rush Gatorade. The Gatorade’s electrolytes clash with the quick-twitch DNA of the antelope, creating an optimal, yet completely legal, energy substance. Then, as I am sipping my sweet, sweet sugary drink, I constantly mutter the same phrase under my breath, ‘multifarious spirits, show me the ways of healing.’ Once I finish the bottle, I’m ready to train.”

*Disclaimer: These were not Brandon’s actual words. April Fool’s!