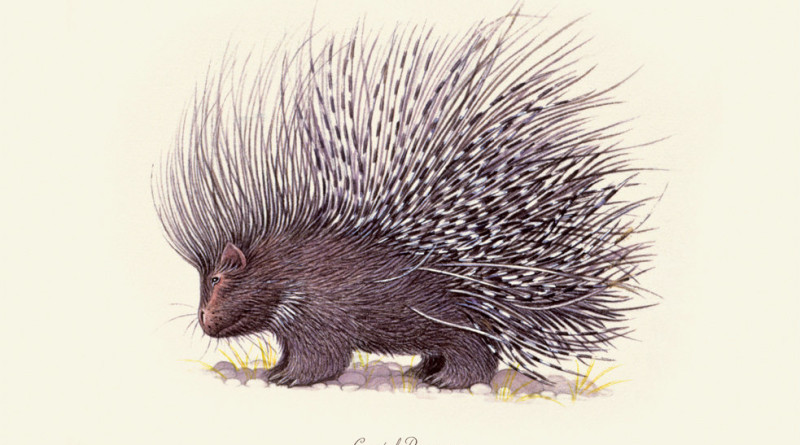 Jacob Oet, current senior and “Poetry and Translation” major and Russian minor at Swarthmore, has had his manuscript with porcupine selected as the winner of Arcadia’s 2015 Ruby Irene Poetry Chapbook Contest. He will have poems from with porcupine published alongside their spring issue. Jacob has also authored six other poetry chapbooks that have been featured in Sugar House Review, Flyway, Cream City Review, and The Monarch. He is also the writer of plays Self-Talk and The Pokémon Play. The Pokémon Play is being directed by Avni Fatehpuria, and auditions are being held today, in Kohlberg 116, from 4:30 pm – 8:00 pm.

Tell me about yourself! How did you get into writing your own poetry?

I was always pretty creative when I was younger, and I think that when I write I really feel like I’m accessing a childish energy, but I didn’t really start writing poetry seriously until the middle of high school. I had been raised as a very competitive chess player, so I applied the same amount of studiousness to poetry and went to the library and made myself read stuff that was really difficult to read. It was pretty frustrating and difficult.

Yeah, poetry is just this world where you control everything. You can do whatever you want, and it’s also so simple. Because it’s so simple and so short, you can have these really beautiful impossible things happen without having to follow through, in a sense. You set them up, which I think I’m really good at, but I’m not a fiction writer because I don’t really like the follow-through as much.

Where did you get the idea for the concept of the porcupine?

I think a lot of it is drawn from things that I’d been reading and watching at the time. Or, just the trope of the funny animal companion who knows more than he lets on and gets you into trouble. I was reading a lot of Calvin and Hobbes—watching a lot of Adventure Time—but as far as the porcupine, it was more like serendipity, I think. I was just really tired and let my unconscious write. It kind of miraculously came out without needing any revision, and it was just…a porcupine. And it made so much sense. I was like wow, you have this guy who is like really—he can’t really touch people without hurting them, so that begs the questions of “What kind of person is he?” “How does he deal with that?” “How does he obtain intimacy?”

“Bath” was the first [porcupine] poem you wrote; how long ago was that and how did you decide when the right time to stop was?

So the first poem—and the first twenty or so poems—were all written on my phone; there were lots of typos; it was on a Greyhound bus in 2013 heading back to Swat after spring break. And actually, that was just a really good spurt because I feel like about half of those poems ended up in the collection. But over the next two years, I wrote hundreds of these poems and—I’m sure I’m still missing some that will turn up in other collections—but I picked out the ones that I thought told the best story of the development of the relationship with the porcupine.

How did you find out about this particular entry contest, or, rather, what prompted you to submit your work?

I really like the magazine Arcadia. They do really cool things, and I’m also on a Listserv of competitions, and I was sending this book out to like a lot of different competitions.

What challenges did you face in writing it?

Yeah. This is interesting, I think. At first it was just doubt for myself and disbelief that these were valid poems and that this was a valid thing to write about. I guess before then, I had just been writing. I wasn’t happy with where I was with writing poetry. I felt like I was writing a bunch of…more or less traditional narrative poems. They were written with really straightforward structures and straightforward images. So that was one challenge I had to overcome. Essentially, how do I use this character in order to trace a longer story and use my imagination? And do it in a legitimate way.

Another challenge, and the reason that I wrote hundreds of poems and there are only 35 in this collection, is arbitrariness. I think that all the poems in the book are not arbitrary, but there are so many where I was like, “OK, so now I have a talking porcupine, now what else can I do?” Like there’s a big magnet that falls from the sky, or we go to like… NASA, or something. Essentially, stuff happened that didn’t need to happen, and the poem didn’t really justify it.

I guess the last challenge, especially when I was revising the book, was that the kind of person I was when I was writing these poems—I wasn’t that person anymore. And I think you can see it in the shape of the book, too. As the relationship with the porcupine grows and gets to a point where it’s distanced, it feels like two lines are now diverging from each other. So yeah, it was difficult revising it while still trying to put myself in the mindset of, “this is me, this is the porcupine” when I had already kind of lost the porcupine.

Your style of poetry, if you had to, which you don’t, put it in a niche, what would it be?

I’ve always been more of a narrative poet. Yeah, I’m really interested in saying, you know, “this happens and then this happens”.  I’m interested in how people react to things. I’m also really interested in surrealism. There’s a whole tradition of like surrealist narrative poets who I’m really inspired by. Like James Tate and Mark Strand. And that was definitely where I was in my head when I was writing this book. Right now I feel like I’m like that, but I’m also really into fragmentation. Like, sectioned poems, where each section is a little narrative world, and they all collide against each other. In that regard I’m really inspired by Rae Armantrout.

As you’re reading these poems, you mention the poetry is very childish, but it takes on more angst-inducing topics. What prompted you to go about it in that way?

I don’t know. I think that’s just my style as a poet. It just makes sense to me to do that because it’s the same thing with comedy, you know? It’s really hard to write, and it’s really hard to read a poem or anything where somebody is just telling you serious shit. And that can be boring. What I like about lightness and humor is that I feel like there’s more to explore. There’s more room for my imagination, and I don’t think that, lightness or humor cannot be profound. I think that there’s a connection making the humor in these poems happen, and you laugh because—or you “lol on the inside”— because you make a connection. You see why this is a ridiculous contrast.

What did it mean for you personally and you as a writer to have your work honored in the way that it was?

That was amazing. I am like, still riding on that emotionally. I don’t know. I was in a place where, for two years or so, I felt like I was kind of starting to lose interest in poetry a little bit. I wasn’t really getting that much stuff published, and a lot of other people that I knew were doing very well, and it just felt like…It was frustrating. It felt like the kind of work I was doing wasn’t being received. And it made me question, “Oh, you know. Are my poetic values me trying to have fun, or is this something that can actually be worthwhile and beautiful to others?” So this is hugely validating and very, very encouraging. I don’t know…it’s like an impetus for me. I mean, I would have definitely kept writing anyway, but I think it was an impetus for me to return renewed to my poetry.

So then, as a jumping off question from that statement, then, what are your plans for your future as a writer and specifically as a poet? Where do you see yourself going with that?

Is there anything else that you want to say that you would like to express in regards to this or yourself?

Yeah! I think, I don’t know. Well, something that’s really important to me as a writer is the way that my notion of what good and bad writing is has really shifted. And I think when I got over that sense of doubt with the porcupine and wrote those poems and am writing the poems that I’m writing now, and also when I look at my older poems and I’m like “Why did I think that was good or that was bad?” I thought before that a poem is “good” if it’s shaped, if it’s deliberate, if it is imaginative and surprising. And a poem is “bad” if it it’s poorly rendered. And now I think the only kind of dichotomy I want to make is between honest and dishonest. I think it’s really easy to write BS and make it sound good. To me I think that bad writing is writing that is either dishonest or afraid to be truly vulnerable. Vulnerability and honesty, I think, now are as important as imagination and craft. I think that that’s important to understanding these poems, too.