Opinion » Op-Eds » The ties that bind 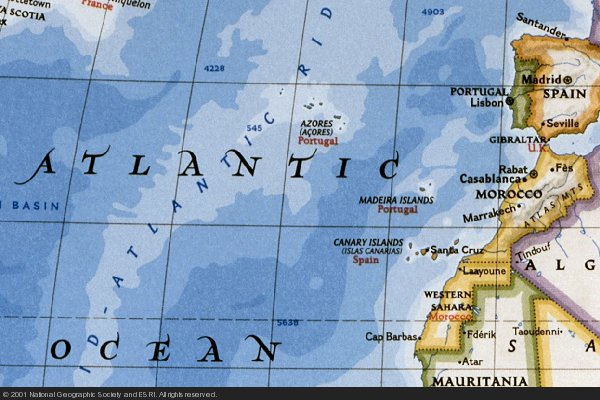 The other day I stopped by a fruit vendor to get some oranges. I was alone, and not in the best of moods, which explained why I was alone and why I wanted to get something sweet inside of my stomach. Recently I’ve been having stomach issues, the likes of which have only seemed to have gotten worse during my time here in Senegal, a reality which has made both my biological mother and my host mother greatly uneasy. As of recently, my diet consists of eating mostly fruits and vegetables, although I do not believe that my previous meat intake is what is causing these issues. I have begun a tentative prohibition of all dairy and gluten products out of fear that anything like that could cause me gastric distress.

Nonetheless, I approached the man and started my negotiations immediately. In hindsight, I did not start off with a friendly “Asalaam Maleekum/Ça va?” combo, a gambit which in Senegal means “I am acknowledging that you are a decent human being with whom I’d like to conduct business.” Wrong decision number one. I ask the vendor, who is chatting with a group of three other men, how much an orange and a grapefruit would cost. The word for grapefruit in French still feels awkward in my mouth, and I am not sure as I am saying it if it’s a masculine or feminine word but, for the most part, I am conducting myself without the usual scorn of perfectionism to which I am rightly accustomed in my French classes at Swarthmore. It’s actually quite refreshing to speak French uninhibited by my own self-imposed judgment. For the most part, life at Swarthmore, whether we discuss it or not, is a constant va-et-vient of being sized up and assessed. This may not be everyone’s experience at all, but it has characterized my time there for the past two and a half years. It isn’t a bad thing, either. I chose to come to Swat in order to give myself a challenge, and the school has been likely the most challenging experience I have ever faced. Yet, in my French classes, I found myself pushing myself even further than I had in my other classes, mostly because I saw French as a means of accurately assessing my skills. It is a somewhat difficult task to determine someone’s ability to analyze a book or delineate an argument, but a person’s ability to speak a language is far easier to quantify and scrutinize. I spent hours in the library in the thin section of books dedicated to French grammar and phonology, learning to perfect my pseudo-French accent from listening carefully to my professors and mimicking them under my breath. When I incorrectly conjugated a word, I felt as if I had betrayed myself and applied an incredible amount of pressure on my psyche to attain unattainable feats of perfectionism.

But here, things are somewhat different.

For one, everyone who sees me, before I even open my mouth, knows that I am not from here. It is the way that I walk, the color of my skin, the kink of my hair—unbeknownst to me, these are signs that read “foreigner” to the Senegalese, a marker I cannot scrub off or cover up. As I walk down the street, my money in my money-belt, talking to my white classmates, it is apparent that I do not belong, that I am a newcomer, that I am American. So when I open my mouth and speak French or speak Wolof, it is a surprise to these Senegalese people that I can carry a conversation with them at all, even if I mess up a conjugation or mispronounce a word. The process of speaking a language is beginning to transition away from being a quantifier of one’s skill and prowess, into a means of communicating ideas from one person to another. Languages are not IQ tests. They are ways of conceptualizing the world.

The fruit vendor smiled at my fumbling, and the men behind him began to say something in Wolof which I did not understand. My program had not taught me many phrases that Wolofs say to themselves about Americans, but I heard two words which perked my ears immediately, the likes of which were clear: Ameriken and Afriken.

While the men went back and forth about me being an American and also being an African, I began to think more about what it meant to be a buffer zone between the white students in my program and the black Senegalese. I am not the typical Senegalese person. Yet, I am not the typical tourist, either. I occupy a liminal space between here and there, between American and African. I rarely resemble the mental images that come to mind when you think of the United States or Africa. When I told my host parents I was African-American, they at first thought I was métis, the word for “mixed.” They asked me where my ancestors came from. When I told them that they were from the Carolinas, they asked where they came from before then, a question to which I responded with just a shrug and a blank expression.

These are the ties that bind me, a line drawn across the Atlantic in my blood, with my heritage, which reaches back to this land of my ancestors. It is like coming back from the world of spirits believed to exist on the other side of the Atlantic, the place to which the lost and the sold were cast away so many years ago in a history which many have attempted to forget. Being in Senegal now, speaking in French, is like coming home to a house occupied by a different family of the same name.