Last Friday night, approximately 90 members of the Swarthmore community flooded Kitao Gallery to see Martin Froger-Silva’s new exhibit, Travels. The opening began at 4:30pm with a small reception and lasted into the night with an open mic event and a solo show from Honey Pickup.

Martin Froger-Silva ’16 has traveled extensively both abroad and domestically, visiting a number of interesting locations including New York City, Washington State and London. His photographs at Kitao showcase different moments and scenes he has captured throughout his college career. In addition to the show at Kitao, he has also sold photographs to Hobbs Coffee.

The inaugural showing of Travels was curated and hosted by Tara Giangrande ’16, the Student Co-Director of Kitao, and Clara Habermeier ’17, the Student Deputy Director. One of the reasons they reached out to Froger-Silva was because they were familiar with his work. Giangrande and Habermeier were pleased with the exhibit and impressed with Froger-Silva’s photographs.

“I think Martin really has an eye for landscape pictures,” Giangrande reflected. “He is able to find really cool angles that other people might not see, and he works so much that he’s really refined what he does,” she said. “One thing that really stood out to me is the way that he conveys the expressiveness of the people in the photographs.” Habermeier added.

Martin Froger-Silva discovered the camera when he was thirteen years old while his mom was taking photography classes at a community college. On his first day of college, Froger-Silva went to media services and borrowed their camera — he would keep borrowing it day after day to take pictures of the Swarthmore campus.

Froger-Silva had traveled with his family before college, but continued upon matriculating at Swarthmore. He spent a semester abroad in London and has explored California and New York City.

“The opportunity to go somewhere offers the ability to explore a new place with my eyes and with my camera.” Froger-Silva said.

Froger-Silva enjoyed seeing the millions of people in London and believes that everything can be photogenic.

He is a versatile photographer both in terms of subjects and methodology.  He works with various types of cameras, including film, digital and his phone camera. He believes there are benefits to each tool, but remembers going “film crazy” in London, shooting 30 rolls of 36 frames throughout the whole trip.

“There’s always something to photograph, and then it’s fun to find millions of ways to photograph that one thing.” he said.

One of Froger-Silva’s inspirations is the landscape photography of Ansel Adams. He is particularly appreciative of Adams’ skill for photographing one thing multiple times to highlight its beauty. While Froger-Silva loves to take photographs, he identifies primarily as a filmmaker and is also inspired by cinematographers like Emmanuel Lubezki, who has worked on films such as “Birdman,” “The Tree of Life,” and other films. Despite his love for film, Froger-Silva carves a lasting space for photography in his life.

“It’s easy. I could learn how to paint, but that would take more time. With photography, you can instantly grab something. You can print it, put it in your pocket, have it on your phone, put it on your wall. Your physical wall I mean, not Facebook. I like it for the reason they advertise it: instant gratification.” Froger-Silva said.

The nighttime event featured an open mic with stand up comedians, PJ Trainor ’16 and Simon Bloch ’17, as well as music from Dan Creem ’16, Joe Boninger ’16, Ben Xie ’16, Kyung Min ’18, and Colette Gerstmann ’18. The event ended with music from the band, Honey Pickup. Guests enjoyed listening to the acts and coloring pictures with crayons throughout the night. A sense of warmth and community permeated Kitao Gallery on Friday night.

Giangrande was initially unsure of how the event would go.

“It’s our first time trying out two events in one night. With the open mic and hangout space, we hope more people will come through.” Giangrande said.

Kitao Board Member, Natalie Flores Semyonova ’19 was pleased with the event and sees it as an indication of new developments for Kitao.

“We were really impressed with the turnout. Because of the big turnout, Kitao is thinking of moving more towards a hangout space for artists of all kinds to hangout and perform in open mic settings.” Semyonova said.

Daniel Eisler ’16, a member of the band Honey Pickup, echoed the sentiments of the Kitao staff and Froger-Silva.

“It was a cozy space for creativity, colors ran from crayons, there was comedy and so much beautiful music. I feel so lucky to have been a part of it.” Eisler said.

Travels by Martin Froger-Silva will be installed at Kitao Gallery for the next few weeks. 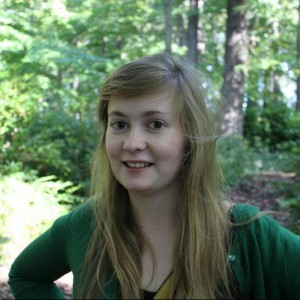