Opinion » Op-Eds » In defense of the Iowa caucus 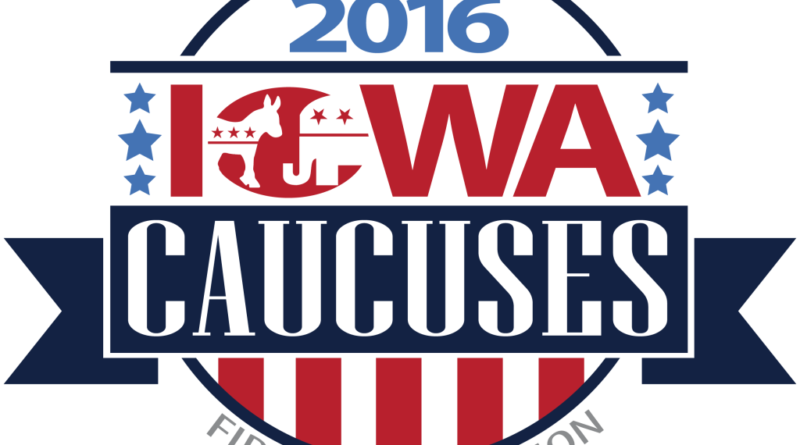 I stood outside my old junior high school in 30 degree weather awkwardly waving to my high school government teacher and those neighbors whose names I just couldn’t remember. I looked up and down the 150 yard line of lively people laughing and striking up conversations with the person next to them. As the masses around me talked about Hillary against Bernie or wondered aloud as to what was happening at the Republican caucus down the street, I stood amazed at the energy.

The Iowa Caucus is a unique event in this country. Not only is it the first vote in the primary caucus but the process is an unique open democratic system. For those of you who don’t know, the Iowa Caucus is not like a regular vote. Instead, it is an open meeting for discussions about the primary candidates.  The process of this meeting is foreign to many people, and I was lucky enough to witness it first-hand on Monday.

After waiting in line for 40 minutes, I signed next to my name on a registered democratic voter list and received a blue sticker to place on a white notecard; this would serve as my vote. Once I entered the junior high cafeteria, I saw that it was plastered with Hillary and Bernie signs.  Little children sat on the ground with their coloring pages, and older people sat in chairs that had been lined up. All the supporters gathered in their corner as people continued to chat and sign petitions that were set up on tables.

After everyone was crammed in, an old man with a very quiet voice came in and asked everyone to quiet down so he could tell us the “preliminary stuff that doesn’t really matter anyway.” It was explained that there would be a counting of people for each candidate, and if a candidate had less of 15% of the vote, which is less than 60 people at my precinct, they would be unviable and the voters would have to realign with another candidate.

After all the ‘rules’ had been stated it was finally time to vote. A women with a “Hillary Precinct Captain” shirt stood on a table and explained the very scientific counting method. After one person would put their card in the air and yell “One,” another person would do the same and yell “two.” This process would continue until all 135 of us had our hands in their air.  The whole process took around five minutes and honestly, I’m still not sure we got the number right. But it was close enough, it was deemed that Sanders and Clinton had met the threshold of 60 people, while O’Malley and ‘Undecided” did not. They were unviable; they now had 30 minutes to choose a different campaign to realign with or to leave.  The Bernie and Hillary precinct leaders headed up to these voters explaining to them why they should vote for their respective candidate. After everyone realigned, these new votes were added to the previous total. Results were announced and delegates were quickly and quietly chosen.  It was over. That was the Iowa Caucus (at precinct C6).

Although this process can be criticized for being “unofficial” or for leading to a low turnout, the Caucus is a special event. It is a place where democracy is at the forefront. In a poll you are one in a million (318.9 million to be exact). You go in, cast your vote, and then leave. At the caucus, you have the opportunity to be more than that. You have the opportunity to not only convince other people to join you by talking about policy, but also to learn from others as to why they support the candidates they do. Holding your card up in the air may not appear to be a significant contribution at the surface, but it is both important and exciting. Being in the caucus makes you feel like you are part of something bigger, an exhilarating preview of the campaign season to come.

As one of only eight Iowa students at Swarthmore I get a lot of crap. “Do you live on a farm?” “That’s the potato state right?” “Do you mean Ohio?” I’ve gotten used to this, but every four years Iowa becomes the center of attention. Every four years, all eyes are on Iowa for one night. Iowa citizens do not take this responsibility lightly. Polls showed that as many as 30% of voters were undecided going into the Iowa Caucus. Now it may seem that these people are uneducated about the issues, but in reality it shows that people do not make their decision easily.  We don’t take all the information in the millions of commercials thrown at us as truth. We want to know more. We want to ask questions and learn things before we vote and the precinct captains work hard to educate us about the issues. It is truly a grassroots campaign to both get people out to caucus and to educate citizens on the issues.

Many Swarthmore students, and others, often wonder, “why Iowa?” Although this is a valid question, I would like to ask you “why not?” Each state is unique and no state is an accurate representation of the entire country. Unless we were to completely reorganize the way in which party primaries are conducted, one state will always have to go first. So why not Iowa? I am a proud fourth generation Iowan and I’ve spent 18 years getting to know the people of Iowa. Iowans work hard to be the number one corn and pork producing state. We are one of the most literate states and home to many authors, scientists, and more.  Most of the time of the time Iowa is forgotten, confused on maps and cast off as the land of stupid farmers. And even though we may not be the most diverse or the biggest state, we are an important part of this country. Paying attention to Iowa for just one night every four years isn’t so bad, right?