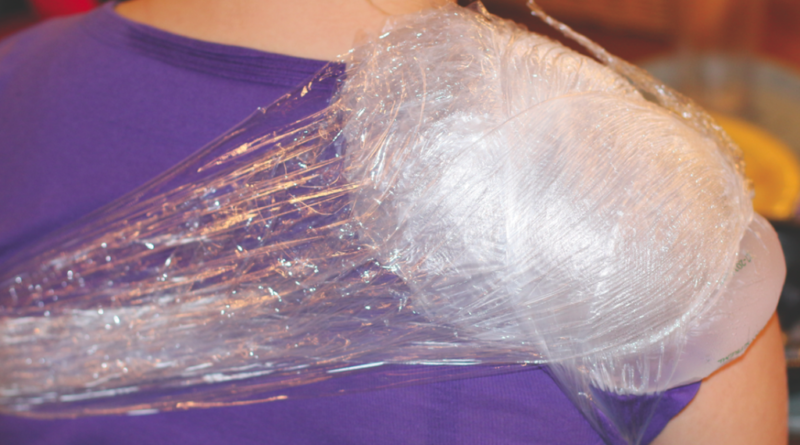 Most of us are a little too familiar with the struggles of being unhealthy at Swat, whether it be the inescapable grasp of Swat Plague, or a Friday morning, or gaining the freshman fifteen (or twenty). This usually results in missing a day or two of classes and lying in bed enjoying the warmth given off by your computer. For athletes however, sickness and, more often, injuries, become a little more serious than staying home and resting your body.

The Sports Medicine staff of four provides care to both varsity and club athletes during their seasons, as well as the occasional non-athlete when referred by the on campus health center.

The primary difference between varsity and club sports is that varsity athletes have an assigned trainer who travels with the team to ensure that students are kept safe and to provide the necessary treatment if an athlete is injured during practice or at a game. Students on varsity and club are both encouraged to seek help from the trainers if they are hurt.

Head athletic trainer Marie Mancini said each trainer is assigned a high-risk varsity sport to follow, but that they treat club and varsity athletes the same in the athletic center. “Of course we have more of a relationship with our varsity athletes because we spend the majority of our time with them. The club members are welcome to this room at any time, as long as they come in during their season, and they’re treated the same as anyone else,” Mancini said.

First year Gilly Gehri plays women’s rugby, a club sport, and injured her foot during a tournament after being tackled by an opposing player. She made a visit to the trainers, who examined her foot and told her to seek further help at a hospital. “They were super helpful. One of the trainers drove me to the doctor and she was super nice,” Gehri said.

Gehri said she wasn’t treated very differently being a club sport athlete rather than varsity, aside from not having a trainer at the actual match. “I did have to be kind of proactive about going to the trainers, but I think once I was there they did a really great job helping me out and providing me with new crutches and rides to and from the hospital,” Gehri said.

Jonathan Saltzman, captain for men’s club soccer and a member of the varsity track team, believes that the trainers are used much more frequently by varsity athletes than club. “People [on club sports] just don’t really go into the trainers because it’s too much trouble and they don’t care that much,” Saltzman said.

Saltzman said this could be due to a feeling of greater necessity among varsity athletes to get injuries healed quickly.  Less competitive club sports may not experience the same level of urgency. “For club soccer, dealing with an injury is you miss practice for a week and then you’re fine. For varsity […] if you’re not coming to practice you have to be going to the trainers and getting proper treatment to get better,” Saltzman said.

With the typically bigger commitment to playing a varsity sport, having immediate access to trainers is a necessity in order for students to make every practice and play at a competitive level. “It’s a team sport, and they need you to be committed, they need you to be there consistently, you can’t just miss a game or something,” Saltzman said.

Access to the trainers is only available to athletes in the season of their sport due to restrictions in state licensure; during off season they are treated like anyone else coming into the athletic office, and need a referral by a doctor or physician to see the trainers. “Kids will complain about [not having access to us during off season] as much as I try to explain the law. I like taking care of these kids, but not so much that I’m going to lose my job because it’s an inconvenience for them to go to the health center or to emergency care during off-season,” Mancini said.

Mancini said the advances of state licensure has restricted what they are allowed to do as trainers in the past few years. “We treated just about everybody before. We treated non-athletes and just about anybody who walked in, but now we are not allowed to do that; we have to see people only upon referral of a physician,” Mancini said.

In order for student athletes to stay healthy during their season, Mancini tells students to listen to their bodies for signs that something might be wrong, and maintain a healthy diet during the season. “I always tell them in the beginning of the season, especially the women, that now is not the time to diet, now is the time to feed your bodies and if something doesn’t feel right you need to get it checked out,” Mancini said.