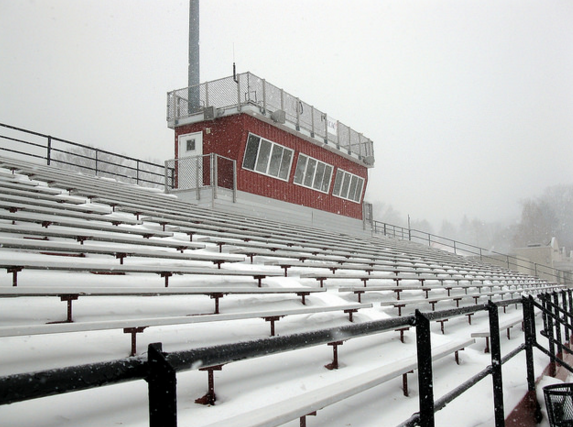 When Emma Keefe ‘17 opened her email at 11:00 p.m. Thursday night, November 12, she didn’t expect to see this message from her boss, Brandon Hodnett, Director of Athletics Communications:

It’s come to my attention recently that your Phoenix article has caused quite a commotion among the athletic department. While I understand that you had the intent of sparking a larger conversation, it’s my understanding that some coaches and staff feel that the opinions in the piece did a lot of harm and threatened their jobs and livelihood.

I’ve appreciated the work you put in this semester in the office, but I do not think it is a good idea for you to continue to work in the athletic communication office. Your article is being labeled as a conflict of interest to working in a department that is meant to promote the schools’ athletic programs, and because of that, it’s been strongly suggested that I cancel your office assistant duties immediately. Your office hours are being removed for at least the rest of the semester. If working as an office assistant is something you would like to do again in the future, you’ll have to meet with Adam Hertz about how we can resolve this.

The article in question covered the experiences of ex-Varsity athletes explaining why they had quit the team. Athletes quoted in the article voiced concerns over questionable practices among the coaching staff, and one player suggested the Athletics Director, Adam Hertz, should be replaced. Keefe described the article as a means of giving a voice to athletes who felt their opinions were dismissed.

In an interview with The Daily Gazette, Keefe described her shock upon receiving the email: “I didn’t see it coming at all. It was so sudden.”  When Keefe first came up with the idea back in early October, unsure of whether or not the article would jeopardize her position as a athletic office assistant, she went to Hodnett to gauge his opinion on the topic. Hodnett didn’t raise any concerns, so Keefe pursued the idea, seemingly with the support of her boss.

Fast forward to Friday, October 30th, the day after the Phoenix published the article. Keefe came in to work and asked Hodnett whether he had seen her article. He replied, “Everyone has.” When Keefe asked for feedback, she said, Hodnett replied that though he didn’t agree with the quotes presented in the article and wished Keefe had interviewed the coaches being criticized, he thought the article was very well written. He gave no indication that the article presented a “conflict of interest” or jeopardized Keefe’s employment with the Athletics Communications department, said Keefe.

Hodnett’s seeming lack of concern with the article led Keefe to believe that the real actor behind her termination was Adam Hertz, whom she had interviewed for her Phoenix article, and who was mentioned in the original email.

“If I had known I would be fired for this article, I wouldn’t have written it.” she said.

After receiving notice of her termination, Keefe met with Zenobia Hargust, the Director of Equal Opportunity and Engagement in the Human Resources Office and Kristin Moore, Associate Director of Financial Aid. Keefe was not looking to get her Athletics Communications job back, or for any kind of punishment to be enacted upon the Athletics office: “I just wanted to know if [I’d] been wronged.”

The meeting did not reach any conclusive end point, but Hargust agreed to follow up with the Athletics department. Later, on Tuesday, November 24th, at 3:23 p.m. Emma received an email from Hargust:

Thank you again for meeting with me on Friday to provide more details about your canceled hours in the Athletics Communications department. Yesterday afternoon, Kristin Moore (Office of Student Employment) and I met with Adam [Hertz], Brandon [Hodnett], and Nnena [Akotaobi, Associate Athletics Director] to discuss this issue in more detail. I also consulted with Tom Stephenson, the Provost who has oversight of the Athletics department, to discuss next steps.

After investigating this issue, we have determined that while no student employment policies were violated, the cancellation of your hours was not the appropriate response to your authored article published in the Phoenix. We encourage our community members to respectfully express diverse opinions and ideas and to respectfully exhibit creative freedom in writing, artwork, and other forms of expression. Please email Kristin Moore (copied here) to schedule a time to discuss opportunities for continued student employment, as well as payment for missed work hours for the past two weeks.

Thank you for bringing this matter to our attention. I wish you a happy holiday and success in your next student employment opportunity.

Though she is glad that Human Resources and Financial Aid were able to review her case, Keefe is still not completely satisfied. She would have preferred to meet with Hodnett and Hertz in person: “I still feel like this issue isn’t resolved until I get an explanation from Hertz himself as to why I was fired and whether or not he acknowledges that his decision was a mistake without having other people tell him it was.”