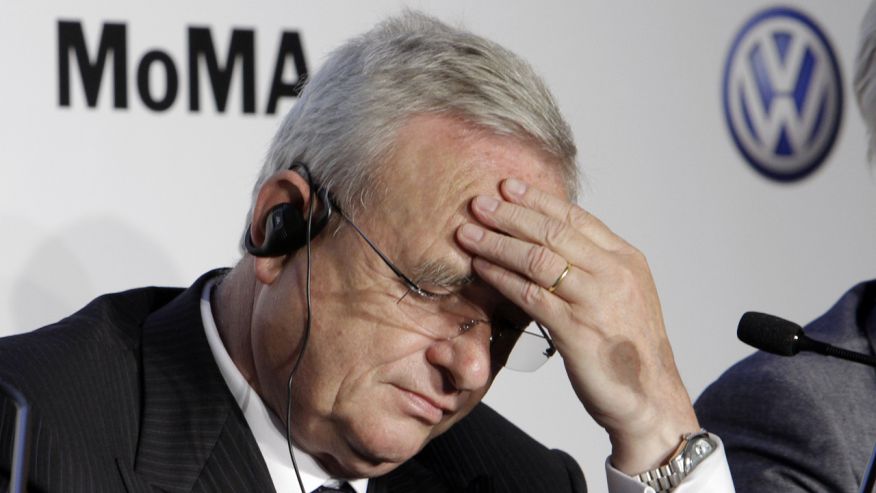 Volkswagen, to most, simply means a big car company with a little logo that shows one end-of-the-alphabet letter sitting atop another end-of-the-alphabet letter. Its actual name takes on a more populist meaning, literally “people’s car” in German. Fahrvergnügen, the marketing slogan (meaning “pleasure of driving around”), again gives the impression of a company finely attuned to the realities of daddies and mommies driving to work, to home, to the beachside vacation with excited kiddies in the back seats.

As if those weren’t big enough hints to show its self-conceived importance to the everyday person or dominance of the global automobile market, its slogan is simply “Das Auto”: “The Car.”

Over the past decade, Volkswagen has risen as the overarching Olympian of the car market. Its HQ, the city of Wolfsburg in the heart of Germany, hosts the largest automobile plant in the world. Within an area covering the size of Gibraltar, more cars are mass-produced than any other single plant worldwide; Detroit, the birthplace of the four-wheeled gas guzzler, has been put to shame by its international rivals. If the Germans are good at anything,  it is building superbly good machines in superb numbers. Exemplifying a perfect marriage between quality and quantity, Volkswagen has solidified that unique blend of engineering, marketing, and production that every wishful startup wishes to achieve.

But then weeks ago everything plummeted south, as if the magnetic poles of the world reversed overnight.

“The Car” has now seemingly destroyed any credibility it had built before. The recent scandal that has come to light has turned Volkswagen inside out, displaying a startling lack of transparency in the massive business. The fact that systemic fraud was enacted over such a large period of time in such a large corporation is both shocking and not-so-shocking. Predisposed to dislike the capitalism system at some point in our youth, many of us took the news of such greedy, unscrupulous money-men making headlines as no big thing. Simply another indicator of the corrupt economy we are born into. No less significant though is the manner in which deception was conducted.

Volkswagen installed software into over eleven million machines that stopped poisonous gases from being expelled in order to pass inspection. Volkswagen, rather snidely, created the technology to deactivate once the cars had left the factory. The gases in question, nitrous oxides, can cause early deaths and according to many studies have been doing so for years. Not very surprising when you realize that breathing near the exhaust port of a car is like smoking a cigarette meant for the Big Friendly Giant; too big for our little lungs to handle. For years people’s cars have been pumping dangerously high levels of chemicals into the air, contributing to who knows how many deaths. Environmental damage obviously follows.

To summarize, Volkswagen have managed to enormously screw up. So, as reflection enters and outrage subsides, is anything actually going to change?

Well, the emissions scandal has not only turned Volkswagen inside out, but upside down as well. CEO Martin Winterkorn of eight years resigned on Sept. 23 and was replaced with Matthias Müller, head of product planning for three years, a lieutenant of afore-mentioned Winterkorn, and runner of the Porsche subsidiary in the company since 2010. Though head of the division that manufactured said scandalous cars between 2007 and 2010, he denies any knowledge of wrongdoing on his part and says the scandal is inexcusable. Winterkorn follows with denial and remains onboard as the largest shareholder in the automobile conglomerate.

Most peculiar of all, Müller has refused to distance himself from previous management owing them his early success. Clearly something fishy is occurring in these men’s statements. Either one of them knew and should have said something, both of them knew and should have done something, but neither of them knowing anything is both incredibly stupid and inept for a company and a culture that prides knowledge and efficiency in all manner of production.

There are some differences between the two, hinting that a necessary overhaul might happen. A racer at heart, Müller opposes self-driving cars in contrast to his former boss. “We don’t need a smartphone on wheels” in his own words. He has also taken up interest in international politics, particularly the refugee crisis engulfing Europe. He supports migrants, likening their harrowing journeys to his own plight as an East German struggling to earn a living in bleak communist hardship.

What the scandal has done more than harm Volkswagen however, is the concept of diesel and gasoline as vital fuel. Diesel will not die anytime soon, so long as oil companies continue to make exorbitant profits off that black gold. But Volkswagen’s complete screw up is easily leading towards a change in mood for consumers about the merits of alternatives. If Volkswagen’s scandal leads to a change, then it will be welcome. Elon Musk is probably ecstatic that, finally, people might switch over completely to the electric whizzes he dreams up at Tesla.

I live currently in Japan, another country well known for technological innovation and automobile production. Down the street from my house, past the little Shinto temple with its curved roof and beer-bellied deities, is, you guessed it, a Volkswagen shop. When I go back home and walk through that shop now, I’ll wonder about how many of those cars were shipped there ready to spew pollution throughout the lanes of Tokyo, the world’s most populous metropolis. A quick reminder: Volkswagen, a global company, pursued this fraud on a global scale. Therefore an entire planet suffered. A smaller company would probably die in disgrace at such a scandal; Volkswagen won’t die, but they need some serious reorganizing and a new direction to make it up to well over seven billion human beings, most of whom probably came into contact with its ubiquitous cars. The future of professional attitudes toward such corporate practices and gas-based power is up for speculation, and is wholeheartedly welcome.

Upton Sinclair wrote books about the dangerous industries of his time, like industrial meatpackers and the disgusting practices they conducted behind closed factory doors; we continue the muckraking spirit by preparing to make a movie about this recent twentieth-first century corporate blunder that will most likely persist into the near future. I quote Cambridge University Professor Sir Alan Fersht on the danger that some immoral, yet bright students will become corrupt stockbrokers, money-lending robber barons, or wait for the kicker, “Volkswagen engineers.” Damn.

Think back to that logo: the v above the w in a visual hierarchy. The Volk over the Wagen, the people over the car.  Maybe now “The Car” should get a new motto as they’ve apparently been reading their own logo upside down.