Arts & Features » A Lament for Hannibal 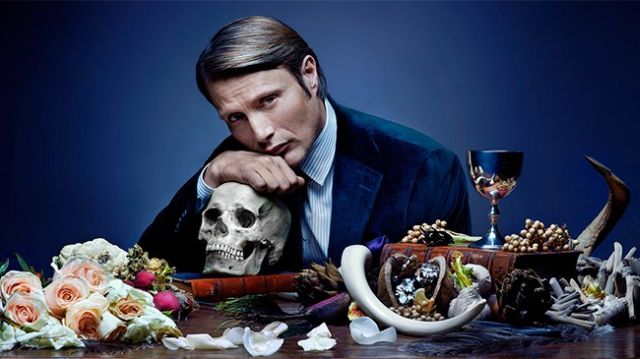 As an avid fan, there are perhaps too many things I can say about Bryan Fuller’s Hannibal. A month ago, the show wrapped up its three-season run on NBC with a jaw-dropping conclusion to both Thomas Harris’ Red Dragon storyline and the tortuous relationship that is elicited between protagonists Hannibal Lecter (Mads Mikkelsen) and Will Graham (Hugh Dancy). Most importantly, however, the finale marked the premature cessation to a psychological drama that lived and died as one of television’s most underappreciated productions.

For those of you who have never watched Hannibal and lack the context to fully understand what I’m talking about, that’s OK. The fact is, very few people watched Hannibal or bothered to follow the news that surrounded it. I could offer a traditional review or an overlong summary of the events that transpire, but the show is better absorbed at your own leisure. That being said, it might be nice to know that after three seasons of abysmal ratings, Hannibal has been canceled by NBC. Although fans such as I reserved hope that another media outlet—namely Netflix or Amazon—would miraculously step in and save the show, that hope ultimately proved vain. Both Netflix and Amazon reluctantly passed on the notion of picking up Hannibal for a fourth season, leaving fans to sulk in defeat, at least for the foreseeable future.

Given this news, which emerged halfway through Hannibal’s third season, I couldn’t help but house bitter feelings as I watched each remaining episode. When the finale came and went, I was overcome with awe not simply due to Fuller’s ability to craft such a beautiful and fitting (potential) end for both major protagonists, but also because NBC and other media outlets had willingly allowed Hannibal — such a unique masterpiece within the TV realm — to sink into nullification.

I don’t mean to point my finger at any particularly party. In fact, I genuinely believe that no one is wholly to blame for Hannibal’s demise. Truthfully speaking, I’m impressed that NBC even gave the show a chance to begin with. Hannibal is the polar opposite of “light and fluffy” network television, as it features mature themes and jarring attempts to manipulate death into something that can be beautiful. Often the show’s many killers will mutilate fictional bodies and display them as metaphorical art, even if these actions completely defy logic or realism. Among other things, showrunner Fuller also boldly integrates a homoerotic subtext that slowly develops between characters Hannibal and Will. Even now, I don’t think it’s possible to unravel and fully understand the love that existed between both protagonists, perhaps because it seems to have existed purely on a psychological plane. Although their relationship is an intimacy that’s never quite sexualized, I imagine it averted the eyes of certain socially conservative crowds.

Considering that NBC’s viewers flock primarily to more familiar reality TV structures — The Voice and America’s Got Talent being the most popular — it’s unsurprising that Hannibal struggled to garner anything other than a modestly small niche audience. By way of some divine miracle, however, Hannibal trudged along for three years, clinging to its cult success and receiving almost universal praise from critics. Despite its season one roots as a procedural “killer of the week” show, Hannibal evolved into a serialized narrative about Will Graham, Alana Bloom (Caroline Dhavernas), Jack Crawford (Laurence Fishburne), and the changes — both physical and psychological — that Hannibal Lecter thrusts upon all of their lives. While the transition sounds odd on paper, I can assure you that it flows almost poetically on screen. The dialogue is pretentiously obscure, the musical scores range from beautiful to psychotic, and scenes often play out in a surreal, David Lynch-esque manner. These elements combine to form a whole that, at times, feels experimental and perhaps even theatrical. Hannibal is operatic filmmaking at its finest, engaging in avant-garde practices and diverging from the standard televisual conventions that viewers are accustomed to.

Unfortunately, this composition that Hannibal adopted simply wasn’t built to succeed on network TV. Although this is a sad reality, it’s a reality nonetheless. Hannibal’s aberrant themes and aesthetics could never have accumulated the success attributed to industry juggernauts such as Game of Thrones and The Walking Dead. As a result, Hannibal was doomed — not unlike Firefly and Pushing Daisies before it — to be neglected while its counterparts climbed through the ratings.

By calling this a “lament,” I hope these thoughts aren’t perceived as whiny fanaticism. Instead, I see this as more of a reflection: a brief, spoiler-free look at what made Hannibal such a distinct entry among the rich pool of TV productions. Testing the very boundaries of what viewers expect from networks such as NBC, Hannibal epitomizes the weird and ambiguous. While these distinct characteristics are ultimately what prevented the show from achieving commercial success, I find solace knowing that Bryan Fuller stayed true to his creation to the bitter end.

So, Hannibal, it’s with a heavy heart that I bid you adieu.

3 thoughts on “A Lament for Hannibal”