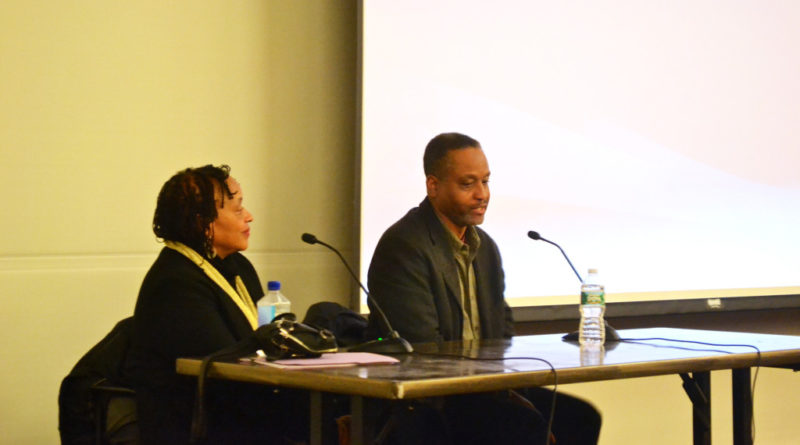 As one of many celebrations of Black History Month at Swarthmore, the studio art department and black studies program have in conjunction brought Thomas Allen Harris’s recent film “Through a Lens Darkly” to campus. The work balances historical context while maintaining its focus on Black fine arts photographers. “Through a Lens Darkly” was financed by the Serendipity Fund of the Cooper Foundation, reserved for events with perceived extraordinary opportunity that are scheduled on short notice or are otherwise outside of the normal schedule for Cooper grant-based events.

The film’s mission is to elaborate on how the Black American identity has been shaped in a large part by photography. While centuries ago the distribution of photographs served primarily to solidify what the film argues is a “negation” of Blackness, as historiographic focus has shifted and advances in civil rights are made the use of photography has provided grounds for what Professor of Studio Art Syd Carpenter called “the upside of a new Renaissance.” She referred also to the role of technology in reversing the negation, referring to its power to “make contemporary Black life public.”

While the film didn’t manage to touch on the very recent developments in publicly accessible photography, it was still comprehensive. A decade in the making and covering a visual history of several hundred years, “Through a Lens Darkly” juxtaposes personal narratives of the filmmaker and the artists and scholars interviewed with coverage of historical moments.

The film opens with a narration from James Baldwin and a story about how the filmmaker, Thomas Allen Harris, became interested in photography and the arts, as well as introspection, which would enable him to express himself comfortably. He recounts a conversation with his father in which he was made to feel ashamed of his physical features. All the while, excerpts from family photo albums are on screen. History, Harris argues, is told very well in family photo albums.

“Through a Lens Darkly” focus on the idea that the aforementioned “negation” of Black personhood has been battling a legacy of self-affirmation and pride, and this clash is made visible in photos both of Black Americans and from Black Americans. After the brief introductory sequence, the film enters a narrative structure that alternates between a chronology of Black photography and interviews in the present, offering perspectives on prevailing historical understanding and insights on how they were inspired by a certain historical movement in Black photography.

It starts with an investigation into a series of daguerreotypes (early photographs in small frames) of captured slaves. The daguerreotype form has served as an inspiration for many of the Black artists interviewed in the film. The film then followed the photography of and by Black Americans through racist caricature, segregation, even gruesome shots of Emmett Till. It concluded with an overview of the work of contemporary Black photographers, legitimizing their contributions to academic and artistic discourse after being inspired by Roy DeCarava’s photographic/poetic opus “Sweet Flypaper of Life.”

“Through a Lens Darkly” was based on a book written in 2000 by University Professor and Chair of the Department of Photography & Imaging at NYU’s Tisch School of the Arts Deborah Willis. Willis is a MacArthur Foundation grant recipient working as both a prolific artist and academic whose availability, event organizer Syd Carpenter said, was “unlikely”. Her book includes work from Swarthmore photography professor, event panelist, and Pulitzer Prize winner Ron Tarver.

Tarver, whose credits include photojournalism and fine art in addition to teaching, cited what he believed was an “exploitative” Life magazine story on a struggling community as initial inspiration for joining the photography profession. In a panel discussion session after the screening of the film, he said that his goal as a journalist was to share balanced truth about the “highs and lows of Black representation.” Tarver also mentioned being influenced by daguerreotypes.

Willis also gave a brief  speech about her career and her perspective on photography as a medium. She recounted her experience as an undergraduate, frustrated with the total absence of Black photographers and representation of Black people in photography exclusively in the context of labor. She described the success of her career, her book deal, her journey through graduate school and the power of photography as a source of love in place of abrasive conflict, a tool for understanding and peace where there was misconception and hatred. Her thoughts are communicated well by perhaps the most powerful line in “Through a Lens Darkly.”

“The gun is so easily accessible,” said one artist, explaining the complicated roots of his artistic spirit, “but then again, so is the camera.”