Sports » How can we beat hazing in high school sports? 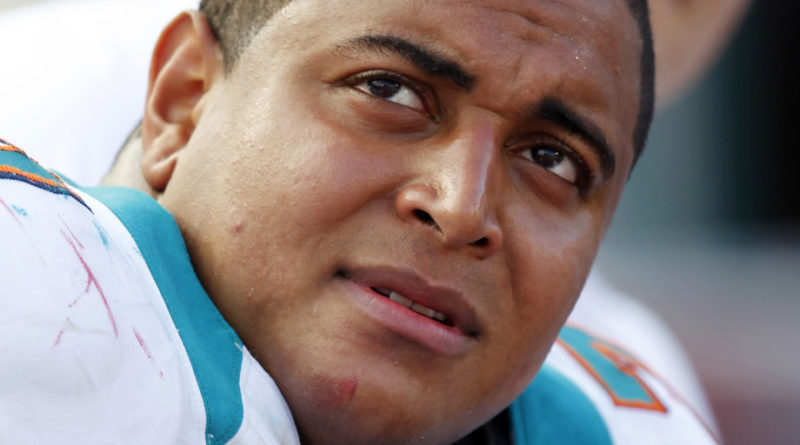 A few months ago, there was fervent discussion about the issue of bullying in sports, ignited by the controversy on the Miami Dolphins football team. The controversy involved rookie offensive lineman, Jonathan Martin, who, after being bullied and hazed by his teammates, decided to leave the team. People were outraged at such behavior in professional sports and demanded some sort of action. Although many were struck emotionally by the story that made headlines, they failed to realize that this was part of a larger trend throughout sports. Furthermore, few bothered to trace the trend down to its roots, where they would have found themselves, I argue, at high school athletics.

Although more attention is conferred upon hazing in colleges and the professional realm, the majority of hazing incidents reported by the media have occurred on high school sports teams. ESPN’s Hank Nuwer compiled a list of hazing incidents reported by the media from 1980 to 2000 that totaled 68 events, a staggering 48 of which were on the high school level. What’s even harder to grasp is that those represent only the extreme minority of an issue that is a widespread characteristic of high school sports.

Hazing is a requirement for acceptance into many high school social groups. Sports teams, as one of the most dominant social groups, are no exception to this unfortunate norm; a study by Alfred University estimated that about 24% of students who join a sport team were required to go through some experience of hazing first, the largest percentage by far of any group or activity.

Two questions follow from these facts: what about high school sports perpetuates hazing and bullying to the point where it is the norm, and how can that be solved? To find the answers, it is necessary to identify and understand the realities of high school athletic cultures and how hazing arises as a result of them.

The most discernible characteristic of high school sports teams that differs from teams of prior years (elementary/middle schools, travel teams, etc.) is the sense of elitism handed to and maintained by the athletes. Because high school teams can be much more selective, those who are talented enough to make the cut already hold a prize of contention over others: a spot on a roster of similarly talented players.

What makes high school varsity sports teams unique as a group of elites, though, is their fluidity; they are constantly losing members and need to replenish. This is the basic reason provided for the initiation rites, a.k.a. hazing, required by many new athletes joining these teams; they are proving that they are capable of handling more than the average student can and are worthy of the elite status that accompanies being on a varsity sports team.

The seniority of being an upperclassman athlete can create a vicious cycle on some teams. Those who have been on the team for longer have been elites for much longer, thus giving them a source of privilege over newer members. They utilize this privilage by making hazing rites more and more inhumane. Because of this the newer members, look forward to the day when they will occupy the upper levels of the hierarchy and can treat others the same way as they were once treated. This is how the circle of hazing on a sports team begins and persists.

Those aware of the problem expect help from coaches, who often have very personal relationships with athletes and are in a position of influence. Unfortunately, a substantial number of these coaches accept hazing as a necessary part of the high school sports experience. In a study conducted by Dr. Susan Lipkins, a leading psychologist who in the field of hazing, 50% of coaches asked agreed that there has been hazing in their community. Nowhere close to 50% of cases are reported, which shows that coaches who are aware of it don’t see it as a problem. Dr. Lipkins also found that 25% of coaches asked were involved in hazing when they were younger, further cementing the reality that many of them are not of a mindset that would lead them to effect a solution.

Seeing as the authority figures cannot be counted on, the current situation of high school sports seems frighteningly bleak. However, there are still plenty of schools that have largely managed to avoid the hazing phenomenon in their athletic programs. It’s difficult to pinpoint exactly what enables them to do so, because every high school experience is different. From my own high school athletics experience, I recall that hazing was never an issue because students didn’t derive as much authority from being big figures on sports teams than they did in other schools. Perhaps a solution would be to move to modify high school cultures so that varsity athletes aren’t so highly revered to the degree that their sense of self-importance leads to the presence of elitism which can prove so detrimental.

The difficulty with this issue is that there’s only so much that can be done in terms of institutional or organizational reform. For that reason, perhaps the most responsibility lies with the athletes themselves to make the changes that will have the most impact. The key to camaraderie and equality in any social group, sports teams included, has to stem from the members of the group themselves; problems that led to hazing stemmed from the flaws of high school social interactions in.

The older athletes on varsity teams need to make a conscious effort to seamlessly incorporate newer members onto the team and make their experience just as enjoyable as everyone else’s. The only place where having been on the team for longer should be an advantage is on the field; there is no legitimate benefit that can be attributed to a hierarchical relationship between varsity high school athletes in any other context.

By creating an environment where everyone is happy to be on the team, the problem of hazing and bullying at the high school level can be gradually minimized and eradicated. If carried out efficiently, the effects would eventually carry over to college sports and the pros. It’ll be a difficult leap but one that’s worth taking to stop perpetuating this vicious cycle of hazing and abuse in all levels of athletics.