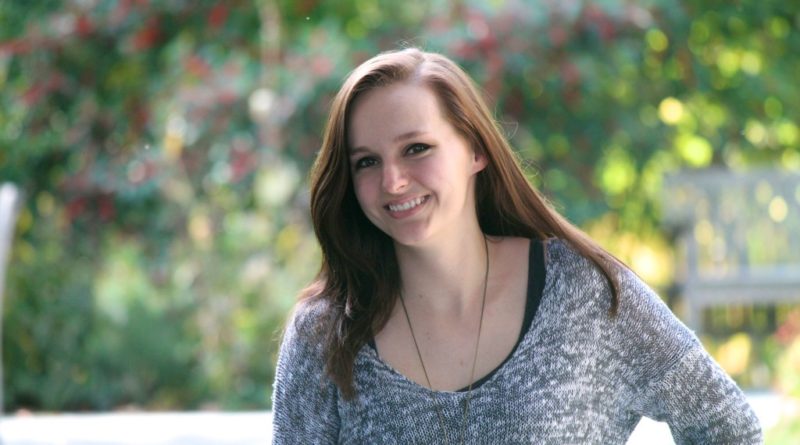 Interviewing Swatties after breaks is always fascinating because I hear about all the exciting, diverse ways they spend their time. For Allison Ryder ’17, fall break meant an-all expense paid trip to Phoenix, Ariz. to attend the Grace Hopper Convention.

Grace Hopper (1906-1992) was an admiral in the American army — and also a computer scientist who was one of the first programmers of the Harvard Mark computer, a major innovation used during World War II. She is credited with coining the popularly used term “debugging,” which refers to the fixing of computer glitches. She is also the recipient of a number of prestigious awards for her contributions as a woman in computer science and member of the American army.

The Grace Hopper Convention in Phoenix, which took place the Wednesday, Thursday and Friday before fall break, celebrated Hopper’s life by providing current women in computer science an opportunity to network and learn about the field. Among attendees were “ undergraduate students, grad students, and people from the industry. Companies sent both participants and speakers,” according to Ryder.

On the first day, the convention had a “student opportunity lab.”

“There were tables set up with people at each one. We rotated every 15 minutes to learn from the people at the tables. They discussed things like how to succeed in technical interviews, how to be a woman in computer science and navigate office politics, how to apply for internships, and even how to approach career fairs,” says Ryder.

According to Ryder, the career fair’s tips were especially helpful because of the powerful companies that were represented. They had “huge companies like Apple, Google, and Facebook. But they also had smaller startups. Most people had uploaded resumes before hand and the companies had contacted people whom they wanted to interview at these private interviewing booths.”

For Ryder, being one of the youngest attendees made navigating the career fair slightly more difficult. “A lot of people were surprised that I am only a sophomore with less than a year of experience in computer science.” She joked about Pinterest’s exclusivity, referring to their stringent requirement that all applicants have one year of industry experience to be considered for employment opportunities.

Even then, Ryder and the other attendees benefited in another way besides career hunting. The conference, in addition to offering a career fair, exposed them to speakers and experienced professionals who could testify to the experience of being a woman in a male-dominated field. “I learned that most big tech companies only recently released their statistics of how many women were in technical jobs … It was only 17% or something ridiculous.”

The conference opened dialogue for such a low statistic by hosting talks and guest speakers. Maria Flawe, The president of Harvey Mudd College facilitated a discussion with the CEO of Microsoft, Satya Nadella. The interview stirred up much controversy when Nadella was asked his thoughts on women who are uncomfortable asking for a raise. He responded, “It’s not really about asking for the raise, but knowing and having faith that the system will actually give you the right raises as you go along.” You can imagine how his response went over in front of the audience of 7,500 — the world’s largest gathering of women in computing. He later backtracked, tweeting, “Was inarticulate re [sic] how women should ask for raise. Our industry must close gender pay gap so a raise is not needed because of a bias.” Nadella formally retracted his statement later and clarified, “Without a doubt I wholeheartedly support programs at Microsoft and in the industry that bring more women into technology and close the pay gap. If you think you deserve a raise, you should just ask.” According to Ryder, “Basically, it came across that women shouldn’t ask for raises. But I give him the benefit of the doubt that he just misspoke.”

This was Ryder’s first time experiencing this sort of discrimination first hand. She clarifies that being at Swarthmore helps.

“It seems to me that the Swarthmore takes measures to engage women in the department, and a part of it is because of the ninja program. It helps to have women as ninjas show students in intro classes that the major isn’t just for people who fit the stereotype of a computer scientist.”

Ryder definitely disregards gender stereotypes. “My whole life, I’ve done things that women don’t typically do. Like for instance, in high school, I was part of the Aerospace & Engineering program and the robotics team with only eight girls out of 40 people. I was one of merely two girls on the leadership team. Also, from my experience not as many women do rock climbing as men.”

She also spent three years working at Black & Veatch, an engineering firm. “I was working on the Tesla project. Basically, we were working on building more supercharging sites across the country so drivers can drive cross country, because a typical Tesla can only go around 300 miles before it needs to be charged again. I was using this computer program to draw out the site plans and exactly what is going to happen at each charging station.”

Ryder definitely remembers being one of few women at the office. This affected not only the few women who were there, but also the men. “Some of the men just didn’t know how to interact with a teenage girl being in their office.” Perhaps a more balanced gender proportion would have solved that problem. Despite that awkwardness, Ryder enjoyed her experience. “I shared a cubicle with my best friend, who was a girl, so that helped.”

In general, Ryder has never really been affected by the challenges of being a woman doing computer because she just loves it too much to ever think twice about it. “I don’t see myself as defying a stereotype. I see it as pursuing what I’m passionate about.” Perhaps this dedication to her passions is what has shielded her from any hindrances, and what allowed Grace Hopper to become an inspiration for so many women in computer science today.