At 7 o’clock this morning, seventeen men started their day with Matins — the burning of incense, a reading from the Gospel and a few pages of chanted psalms. These brothers follow the Holy Offices (five daily services that follow the cycle of the day) and devote at least three and a half hour per day to intense prayer. They are Benedictine monks living at the Holy Cross Monastery in West Park, New York.

Thanks to the leadership of Religious and Spiritual Life Adviser Rev. Joyce Tompkins, I, along with a small group of fellow Swatties, was able to spend a recent weekend in retreat from the hustle and bustle of Swarthmore in order to reflect on and deepen my relationship with God. The retreat was a silent one, and while we all had different goals — centering ourselves, listening to the voice of God or just trying to hit a rhythm — we all believed that intentional silence would facilitate our spiritual growth and reduce distractions.

After leaving Swarthmore in the afternoon, we made it to the monastery after Compline, the final prayer of the day. The monks were silent for the night and already in bed. The ringing of the church bell woke me the next morning five minutes before Matins. I pulled on my shoes and rolled into the chapel still in my pajamas. There was a certain beauty to this program: the first thing I did in the morning was connect with God. These check-ins, which happened every few hours throughout the day, weren’t necessarily poignant religious moments on their own. Each service boiled down to a kind of “Are You There God? It’s Me, Zac” affair. In aggregate, however, I found the steady rhythm of these short rituals to be very powerful. After only one day of regular monastic liturgy, I felt myself tuned in to the Divine in a careful and determined way.

After returning to the wild busyness of Swarthmore, I realized that what I missed most about the monastery was the rhythm and regularity of the liturgy. Selecting any regular spiritual practice — silent meditation or prayer, text study, creating worship music — can serve to center you and provide a necessary anchor in your life. Many campus religious groups offer regularly-scheduled programming, but even in the absence of a larger fellowship, one can create their own sacred spaces by constructing a ritual that suits them. I am not an Anglican or a Benedictine, but found the stillness and chanted psalms very profound. It doesn’t really matter what you believe, or even what you do, but that whatever ritual you build becomes a regular part of your day. For example, taking just a few minutes to close your eyes and count your breaths can pull you back together after the day has started to break you apart. Making a concerted effort to find this sacred time into your everyday life can, over time, tune you in to the Divine.

The second thought is that these monks are thrown together across vast difference. While there may be a certain “kind of person” who would want to be a monk, at the level of personality, age, and even theology, the monks are rather diverse. In a similar way, we Swatties were thrown together by chance. There’s certainly not a “typical Swattie” any more than there is a “typical monk.” While the campus of Swarthmore is more diverse and dynamic than the monastery, we also have much more space to be individuals and do our own thing. Campus groups and social circles are self-selecting and these gatherings provide opportunities for us to commiserate about our day-to-day struggles at both mundane and existential levels. The monks are not so lucky. They’re stuck with each other almost all the time as their ability to leave the monastery is limited. How can they survive in such a pressurized environment? What keeps these men of God from tearing each other’s throats out when conflict inevitably arises?

The answer is deceptively simple: they actually talk to each other. Built into the monks’ schedule are regularly scheduled meetings where dialogue happens in a relatively orderly manner (laid out conveniently, albeit with some room for interpretation, in the Rule of Saint Benedict). Each day after the Eucharist, the monks meet briefly for “Chapter,” so called because they read a chapter from the Rule of Saint Benedict. The monks then have an opportunity to own up if they’ve dropped the ball on something, such as a forgotten task or a broken tool. Once a week, they have a House Meeting, to discuss issues with a bit more gravity and handle to some extent any interpersonal conflicts that have cropped up over the week. Finally, once a month, a counselor comes to the monastery and provides family therapy. The therapist talks with the group about their feelings or worries and helps mediate discontent between the brothers.

What’s most important about these meetings is that they happen whether or not they seem necessary. Conflicts aren’t handled on the fly or only when something dramatic happens, but rather regular, often seemingly uneventful meetings nip discord in the bud. There is an infrastructure of dialogue and mediation that prevents the monastic life from collapsing in on itself under the weight of seventeen egos. Much in the same way that regular acts of spirituality build a more spiritual individual, regular acts of community build a more communal group.

These monks focus their energies on building a family — they’re called ‘brothers’ for a reason. They have a harmonious community because they intend to have one and take the necessary steps to realize it. The application of this lesson to life at Swarthmore is clear and built into now-defunct school traditions. Regular collections for the airing of grievances and the discussion of controversial issues provide a framework for building a community. Collections are a challenge to plan and implement, but only because they aren’t currently part of the regular Swarthmore experience. Collections today happen only for special occasions (usually when something has gone terribly wrong). If a campus-wide collection were held every month it would create a pattern of behavior and conversation that might prevent some injuries, rather than leave us flailing desperately to stop the bleeding after the fact. 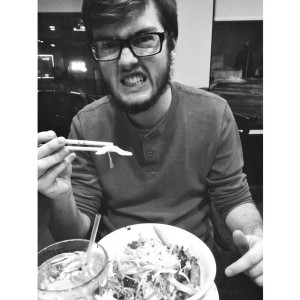