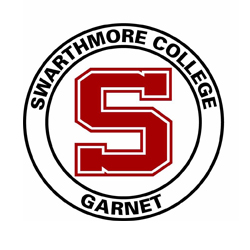 After trailing 5-4 with 14:03 remaining in the first half, the Garnet showed a burst of offensive power, cranking out nine straight goals in the next 25 minutes to blow the game wide open. With only 22 minutes left in the second half, the Garnet had built up an impressive 13-5 advantage, and remained in the lead for the rest of the game.

The Garnet continue their Centennial Conference run on Saturday, April 20, against Dickinson. First draw is set to begin at 1:00 p.m.

The Swarthmore Men’s Lacrosse team (4-8, 1-4) swept Drew on Wednesday evening, pulling out an impressive 17-8 victory over the Rangers.

The Garnet led for the entire game, outscoring the Rangers in the first three quarters. Despite leading 4-1 after the first quarter, the Garnet relentlessly pushed forward, scoring six goals to the Rangers’ one to enter halftime with a 10-2 advantage. The third quarter saw three straight Garnet goals to widen the deficit to double digits, sealing the Rangers’ fates.

The Garnet return to Centennial Conference play this Saturday, April 20, against Dickinson. First draw is set to start at 1:00 p.m.