Early this morning, Mia Ferguson ’15 and Hope Brinn ’15 filed a complaint with the federal government against Swarthmore College for violating the Clery Act. Their complaint was filed with testimonies from 10 other students, the most they know of a college ever having submitted in one complaint.

They say they were motivated by growing concerns among students that the College was not adequately addressing reports of sexual assault. The Jeanne Clery Disclosure of Campus Security Policy and Campus Crime Statistics Act, or Clery Act, requires colleges and universities receiving federal funding to document and disclose information about crime committed on or near campus. In their complaint, Ferguson and Brinn bring six allegations of misconduct against the college:

1. Discouraging students from reporting crime to local law enforcement and from going through formal judiciary proceedings

6. Intimidating, discriminating, and retaliating against sexual assault and rape survivors and their advocates

Their complaint comes three days after President Rebecca Chopp announced the College would seek an independent review of its policies regarding sexual misconduct.

Ferguson says it is important to frame this action within a national movement. Ferguson said they have been working closely with Andrea Pino and Annie Clark, who act as informal consultants to students seeking to file complaints with the federal government. Pino and Clark made headlines when they filed a Title IX complaint against the University of North Carolina at Chapel Hill, spurring a national movement for sexual assault policy reform in higher education.

Since then, they have formed an underground network of survivors at colleges across the country including Amherst, Yale, Occidental, and Princeton. They say they have already provided advice to students from some three dozen colleges and universities.

“I love this school. If it weren’t for what this school taught me I would not be doing this,” Ferguson said. “It’s not against the school. It’s against a whole larger institution.”

There will be more on this story tomorrow with interviews with with Andrea Pino and Annie Clark from UNC, experts on the Clery Act, and students who submitted testimonies. 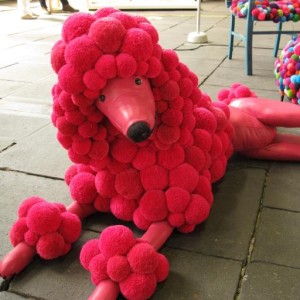