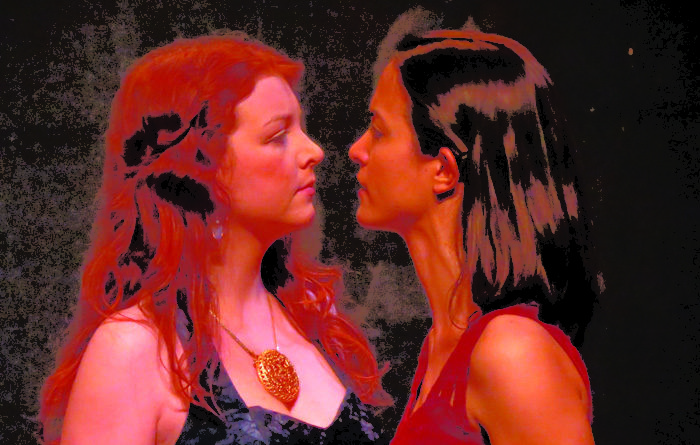 I often sit in McCabe or Parrish Parlors for long hours pretending to do work (if a book is in my hands, but I’m not reading it, does that count as doing work?) and watching as tour after Swarthmore tour drifts by outside the window or crams into McCabe first floor lounge. As I listen irritably to the tour guide shout to the prospective students that no one cares if you’re loud on the first floor of McCabe, I wonder: what do people on the tours think of us?

I can see a nosy mother peering over at me, a father pretending not to listen to a student conversation, and I realize: each of our actions, from my unwrapping an Essie Mae’s tuna sandwich on top of my laptop, to the girl over there muttering Arabic words to herself with a three-inch stack of flashcards in front of her, is hugely magnified to these prospective families. If they’re only on campus for a couple of hours, then they have to accept any Swarthmore student action as typical. How else will they form an opinion about the school?

Naturally, since it’s my school, I want those judgments to be positive. So when I see visiting parents look over at me, I try to do something that will reflect the school in a welcoming light. I’ll try not to spill tuna onto the floor. I’ll smile at the guy sitting next to me so it looks like we’re friends (this campus community is so tight!), I’ll screw my face into an expression of puzzled contemplation at the reading in my hand, which I haven’t started.

We all act differently depending on who we’re with and where we are. It’s not a new idea, but it’s one that we talk about often in theater classes. Essentially, we’re always acting. And this got me thinking — how does Swarthmore look to prospective students, through the lens of theater?

First of all, it’s huge. I know the big thing about Swarthmore is supposed to be how small it is, and how everyone knows everyone else, but if the school is a stage, that’s a whole lot of actors. At a play, audience members are constantly trying to discern relationships between the different characters. Visiting families must be trying to figure out how the students know each other, if we like each other, what our objectives and obstacles are with each other.

The play of our school would look like we were trying to make a point. Look at the costume design: so many students dressed non-traditionally, with men wearing pink and purple, and sometimes skirts and dresses, and women with short haircuts and loose-cut clothing. The costume designer puts thought into every article of clothing, into every hairstyle and makeup choice. “What is the play trying to say,” the learned prospective family will ask, “through these costume choices?”

Let’s move on to sound. Of course, there is the overwhelming sound of the tour guide’s (very lovely) voice, telling the truth about the school, especially when the truth is Swarthmore-friendly. Then, there’s the group of girls laughing outside McCabe—how does that serve to amplify, or how does it alter the experience of the tour guide’s words at that time? Will the audience know to tell the difference between someone pretending to complain that they have too much work, and someone actually complaining about it? Do the groans wafting up from the Sharples condiments bar to the top of the stairs, where the tours peer down at us, reflect frustration or delight? These are difficult distinctions to draw.

Finally, what genre of play would we fall under? Are we a musical? The singing and dancing seems too confined to the Lang buildings for that (but if anyone’s interested in working out a flash mob act, let me know.) Are we a dark comedy? Maybe, depending on your perspective. A romantic comedy? The backpacks are a little too over-stuffed for that. Avant-garde? Not enough drug use. A devised piece? That just might work. It’s not mainstream, and it works best with a lot of different kinds of people who somehow fit into a collective, wonderful whole.