Campus Journal » Columns » There Is Fun To Be Done: Forget Your Bucket List 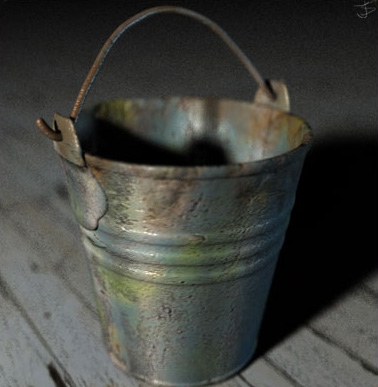 Someone once said,  “Life is not a journey to the grave with the intentions of arriving safely in a pretty and well preserved body, but rather to skid in broadside, thoroughly used up, totally worn out, and loudly proclaiming … WOW! What a ride!” I am pretty sure that Helen Keller did not have a bucket list when she said, “Life is either a daring adventure or nothing at all.” Do not get me wrong; in the back of everyone’s mind I think there is a “bucket list” of sorts. I feel that the first thing on everyone’s list should be to get a college education. In this day and age, a college education is a necessity to achieve your dreams.

When opportunities come your way to do the things you have in the back of your mind or your “bucket list,” do not hesitate. There is no time for regrets. There are a million different things to which people say, “I want to do that, or I wish I did that.” Just do it. There is fun to be done.

I know the one thing that I always wanted to do was the Polar Bear Plunge. This is a yearly event in which people take a “plunge” into the ocean in the wintertime. I am participating in the Polar Bear Plunge with my two sons, Noah and David, and several of my friends this January. The event is to raise money for The Special Olympics.

Some of the common things that are on people’s so called “bucket lists” are:  traveling, skydiving, white water rafting, seeing  natural wonders of the world, visiting museums, getting a tattoo and finding the love of your life. The list goes on and on. I am one of those people that like to say, “I did it, done it, and got the t-shirt.” If we are talking about traveling, I have been to many different places. One of the most beautiful places I have visited was the Azores for Cinco de Mayo. The Azores are composed of nine volcanic islands situated in the middle of the North Atlantic Ocean about 930 miles west of Lisbon, Spain. The islands form the autonomous region of the Azores, which is one of the two autonomous regions of Portugal. I would highly recommend visiting the Azores. I have also been to Germany for Oktoberfest, a sixteen-day festival celebrating beer. Oktoberfest runs from late September to the first weekend in October. More than six million people from around the world attend this event every year. I had a great time and I highly recommend checking it out. As for the adventurous things, I have jumped out of many planes, fast- roped out of a helicopter, repelled down a mountain and went cliff diving. I also did a lot of stupid things that I look back and say, “What was I thinking? Going 145 mph on a motorcycle?”

Another thing on a lot of people’s so called “bucket list” is getting a tattoo. It is off my list because I am covered with them. This brings me to my so called “bucket list.” When all three of my children are out of college, I am going to travel to Thailand and get a spiritual tattoo by a Buddhist monk. I am going to get it done with a traditional tattoo tool which is a long bamboo stick with a split sharpened point called a Mai Sak. After the tattoo, I will finish off the event by drinking cobra’s blood. It is the final part of the spiritual ritual in the tattoo process.

I hope you all get to do everything in life you want to do. But more importantly, live your “bucket list” everyday, because there is fun to be done. Life is too short to let it pass you by. You only have one shot and then it’s gone.