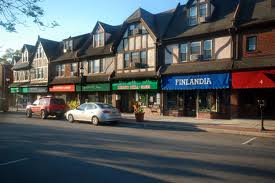 Stop calling local teenagers “Ville Rats.” It’s such an obviously bad phrase. It’s mean, disrespectful and goes against what we stand for as a college. We are guests in the area, and for us to show up here and stereotype a large swath of the local population is pretty damn rude. “Ville Rat” is a spiteful term, and worst of all, it’s unfair. It is adults picking on teenagers. It is classism and elitism. And it prevents more productive relationships between us and the local youth.

It’s fair to assume it began as a label specifically for teenagers who break into the fraternities and solicit students for alcohol. But over time, usage changes, and I’ve heard it used more often as a blanket term for “local teenager.” For example, the very first student review of Swarthmore on the US News and World Report website says, “[The town] is always overrun with ‘Ville Rats,’ teenagers that have nothing better to do than sit around on the streets.”

Unfortunately, calling local teenagers “Ville Rats” has become somewhat of a tradition that’s passed down as cultural information during orientation, and it doesn’t seem to be examined much from year to year. It just strikes me as bizarre how that conversation unfolds: “We don’t discriminate against anyone here, and we don’t tolerate any sort of name-calling. Treat people as equals. By the way, local teens are called Ville Rats.”

This isn’t a new phenomenon. In 2006, students Lesley Goodman and Ruth Halvey wrote in their semi-famous linguistics paper on the pronunciation of the word “Swarthmore,” “Due to the prestige of the College, many students’ fairly high socio-economic background, intellectual elitism, and ambition, many students may feel (consciously or unconsciously) superior to local residents. There are certainly feelings of contempt towards at least one group of residents: local adolescents are commonly referred to derisively as ‘Ville Rats’ and sneered at when they appear on campus, though not all students feel strongly on the matter. However, there is little indication that such hostility extends to other groups of local residents.”

No! That’s not who I want to be, nor is that how I want people to see us. We are better than that … right? But is there really any other interpretation for the observer? As “concerned grad” wrote on the Daily Gazette forums last year, “Imagine what it would be like to be a teen from the ville, and to see the expression ‘ville rat’ — which, as I hope is clear, means nothing but ‘teen from the ville’ — occur 32 times in this thread, and only periodically between quotation marks or in indirect speech. What sort of impression would you form of the student body?”

Another angle to consider is that these “rats” are the children and relatives of the staff who work here. We should stop using the term out of respect for them as well.

A common retort is that these teens deserve it. They harass college students, ask for alcohol, break into the frats, and yell racial and homophobic slurs. But if our best response to delinquent teenagers is name-calling, then we should be kicked the hell out of Chester. We can’t expect to fix issues in other communities if we can’t properly address the problems in our own. The good news is that since this is a real issue, we can become better people by figuring out how to deal with rambunctious (and obnoxious) teenagers in a peaceful, nonviolent way.

Moreover, the administration has been working hard to strengthen relationships between the borough and the college. Swarthmore mayor Richard Lowe presented President Chopp with a key to the borough in 2010, saying, “There’s so much talent at the College and the more interaction we can have, the better. We’d like to benefit from that talent and help the College at the same time.”

With the town open to these possibilities, we are in a position to take up mentoring, tutoring, and other role model positions within the community. We can positively influence local youth — yes, especially the ones who loiter and say hateful things and generally lack direction. The worry is that efforts to build these relationships could be jeopardized by the words we choose to use. The framing of these teenagers as “rats” antagonizes us from the start, eliminating the possibility that they might be interested in getting to know us and developing these relationships as well. A strong us-vs-them mentality perpetuates harassment and violence. And most of all: if I was a teen from the Ville, I certainly wouldn’t want to have anything to do with a group of people who call my friends and me “rats.”

In general, the more people hang out with borough residents, the more they tend to have more realistic and grounded perceptions of the local community, while being less prone to stereotyping. As we eliminate “Ville Rats” from our vocabulary, we should also encourage local involvement. The college and the town have both made formal statements that they would like this to happen, so why not?

The college is an overwhelming presence in the local community. We have the most land, we pay the most taxes, and we employ the most people. We should be considerate of the influence that this gives us, and the collateral effects that our culture may have on local pride. I understand that nobody is really trying to hurt anyone. This is more of a question of mindfulness than anything else. For the tiny amount of effort that it takes to stop saying “Ville Rat,” we can get so much back in return.