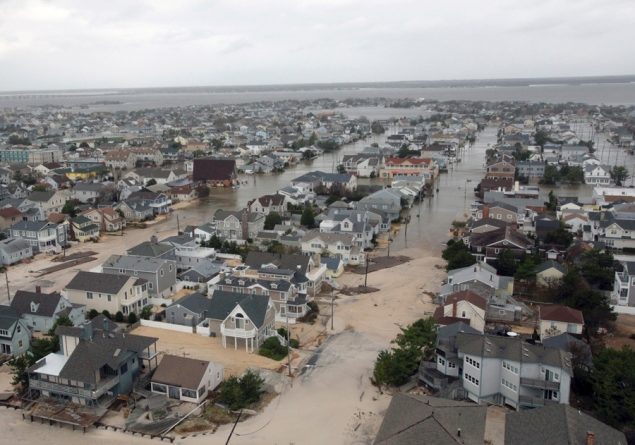 Swarthmore College has done an excellent job of keeping students informed of the situation with regard to Hurricane Sandy. A total of 18 emails were sent to students before, during, and after the hurricane, which kept students informed as to the situation and the way facilities and services were handling the inclement weather. In addition, the College sent out several emails to parents in order to reassure them that all necessary precautions were being taken. In these sorts of situations, communication is key, and we thank the College for keeping us all in the loop.

According to Public Safety, no injuries were reported on campus as a result of the hurricane. Director of Maintenance Ralph Thayer and Dean of Housing Rachel Head, along with several others, sent out detailed emails advising students how to properly handle the storm, with an emphasis on warning students to be vigilant for flooding in dorm basements and to not travel outside unless absolutely necessary. Seeing the devastation that Hurricane Sandy caused in nearby New Jersey, lives were quite possibly saved by not downplaying the severity of the weather.

The College also made a good call in canceling classes on Monday and Tuesday. The cancellation came as a surprise, as classes have not been cancelled at Swarthmore since 9/11, but the decision was absolutely necessary. Though the severity of the storm greatly diminished by Tuesday morning, occasional gusts lingered, bringing branches down from trees and causing outdoor travel to remain a hazard. We commend the College for their foresight in closing the College on Monday and Tuesday.

We also wish to extend gratitude to the staff of Sharples, who, despite an early closure on Monday due to the weather, was still able to provide food for students in the form of take-home meals. In addition, the Sharples staff deserves a big thank you for coming in earlier than planned on Tuesday (the original opening time was 12 p.m.; Sharples opened at 11 a.m. instead). It was no small feat for Sharples staff to return to campus through the damage of a storm that was still lingering in the area.

In short, Swarthmore College and all its employees deserve the thanks of the student body for their dedication to keeping us all safe during the storm.

In a storm so severe, the efforts of the College contributed greatly to the eventual miracle that no one on campus was seriously injured.