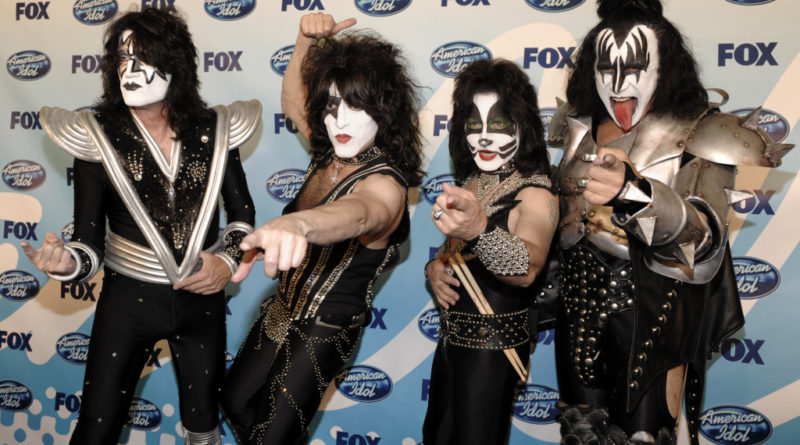 This article is dedicated to the thousands of people reading this paper and music fans around the world — “Let’s Get Ready to Rumble.”

The rock band KISS was formed before I was even born.  When I was a little kid, I remember painting my face up and playing with KISS action figures.  Three years ago my two sons, Noah and David, saw on television that KISS was coming to Philadelphia.  I bought the three of us tickets to the show. My whole life I was a huge KISS fan, but never saw them in concert. You can imagine that going to see KISS for the first time with my sons was very special. KISS has been awarded 28 gold albums, which is more than any other American rock band to date. They have also sold over 40 million albums in their illustrious career. All of their achievements have landed them a place in the Rock and Roll Hall of Fame.

On the night of the concert, my two sons and I got all painted up and were ready to rock the night away. It must have been funny to see us driving on I-95 in my Mercedes looking like the members of KISS. The people driving all around us were doing double-takes. We got to the show and it was amazing! The band was still rocking like they were twenty years old. At one point, Gene Simmons, the one who dressed like a demon, went flying through the air to the top of the stadium.  He sang a song above the crowd while blood was pouring out of his mouth. It was out of control. The entire show was unbelievable and was everything I expected. This show would be hard to top. At the time my fellow Swattie, Suzanne Winter ‘10, and I were working on a poetry chat book. As soon as I got home from the concert, I wrote this poem. It sums up the KISS concert and I would like to share it with you.

Let’s get back to the fight. A few days ago, the Opera Company of Philadelphia offered a free performance of the Puccini opera, “La Bohème.” My three kids, my girlfriend Jess, and I went to see it. I never thought that I would ever go to an opera, so before we went I did some research.  It was performed in Italian, so I wanted to read the story to have some clue of what was going on. The opera dates back to 1896, so it stood the test of time. I have to say that I enjoyed it. The talent of the singers was unbelievable. I did not know what they were saying, but I knew what was going on because I researched the story. If you have not been to the opera, I would recommend La Boheme.

For the record, my girlfriend, Jess, does not like the rock band KISS. My two sons, Noah and David, did not care much for the opera but my daughter, Hunter; (a.k.a.Babygirl) really enjoyed it. I guess it is time for me to give you my conclusion on who won the fight between Rock ‘n Roll and the Opera. I respect both of the performances.  However, in my opinion, “You Want The Best You Got The Best — The Hottest Band In The Land…KISS.”