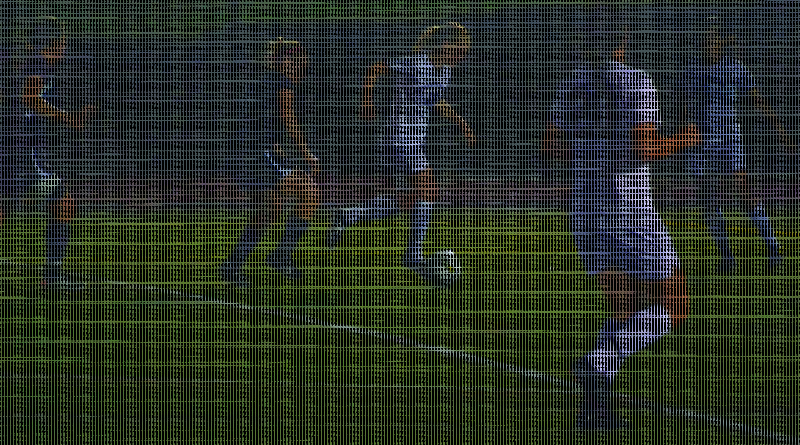 When the Swarthmore Garnet (5-3-0) took on the Johns Hopkins Blue Jays (7-2-1) last Saturday in Baltimore, their starting eleven featured two first-years and four sophomores. Normally, a lineup so young is characteristic of a rebuilding team, one that ought to struggle to win half its matches, and one that should certainly pose no threat to the 17th-ranked Blue Jays.

However, this Garnet squad has bucked the trend. Swarthmore shook off a 1-2 start, winning four straight games including road wins against Centennial Conference rivals Franklin & Marshall and Ursinus. In the process, this young group of players has sent a strong statement to the conference that the future is now for Garnet soccer.

It was a statement that Johns Hopkins nearly didn’t hear in time as Swarthmore dominated the first half on Saturday. Refusing to be intimidated by its veteran, nationally ranked opponent, Swarthmore put pressure on the Blue Jays from the first whistle, sending four shots at Blue Jay keeper Meredith Maguire in the opening 15 minutes of play.

The Garnet defense dominated the entire first half, allowing Hopkins just one shot on goal while launching six shots of their own. Although Hopkins managed to strike twice in the second half, Swarthmore put up a strong fight, showing that it belongs in the top tier of Centennial Conference teams.

According to forward Emma Sindelar ’15, the team was able to take several positives away from the loss. “Obviously the game on Sunday didn’t end the way we wanted, but we had a great work rate and played a good first half,” Sindelar said. She added that team is looking forward to learn from the mistakes it did make in order to return to its winning ways in this week’s games against Washington College (late Wednesday night) and Gettysburg (7 p.m. on Saturday).

Led by Sindelar (team-leading five goals) and goalkeeper Reba Magier ’16 (0.71 goals against average, good for third in the Conference), Swarthmore has set its goals high. “We want to win the Centennial and make our way through the NCAA [Tournament]”, said captain Ariana Spiegel ’13. Spiegel had nothing but praise to levy on the team’s underclassmen play. “I think the underclassmen have been playing great as a whole,” she said. “They score goals, they win headers, they save goals — they are pretty boss.”

Sixteen out of 26 Garnet players are either first-years or sophomores, providing the team with a spark that makes the whole team better, according to Spiegel. “They are an excited group that makes a huge impact, just based off of size of the class and position,” she said. “The energy that they bring to practice every day is great.” Both Spiegel and Sindelar raved about the work ethic of the first-year players, with Sindelar lauding the fact that “they have been working hard in practice, which forces everyone to step up their game.”

Leading the young group of players has evidently been a fun experience for Spiegel, along with fellow teammates Haley Most ’13, Mariam Vonderheide ’13, Cassie Strawser ’13 and Beth Martin ’13. These senior leaders have been essential in helping integrate the new elements of the team with the returning players, creating the chemistry that is so crucial in soccer.

The value of the leadership has not been lost on Magier, who said that the upperclassmen leadership has helped her transition to college. “Once I met the team and practiced the first day, all my nerves went away,” said the keeper. Most and Spiegel have played especially important roles, solidifying the Garnet defense in front of Magier by limiting opposing teams’ opportunities to score: through the team’s first eight matches, Swarthmore has outshot its opponents 130-62 and outscored them 17-6.

Despite these impressive statistics, the Swarthmore women know that they will need to continue to improve if they want to compete for a conference championship. Perhaps in a show of their youth, Swarthmore has been prone to making a few preventable mistakes in each game.  Seeing this, Spiegel emphasized that “if we can just keep our composure and not make those small errors, we will have more success.” While Swarthmore has consistently dominated possession during this early part of the season, one mistake can lead to a game-changing breakaway goal.

That being said, if the early part of this season is any indication, Swarthmore women’s soccer is primed to be one of the top teams in the Centennial Conference for not just this season, but for years to come. Swarthmore has the talent to compete now, and with nearly two-thirds of the team having at least two more years to play, the Garnet should be able to compete on a national level.