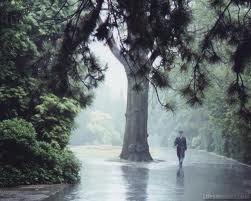 The Giant Squid presentation was a real relief. I drove here from my apartment in West Philly on Saturday night to see it, and about five minutes out the door, the rain started pouring. It’s dangerous how badly my car skids in rainy weather. It’s a manual, so it slides back on inclines too, which accentuates the skidding when I finally hit the gas — hydroplaning, I’m told it’s called.

There’s nothing much to that, but for the fact that my ex-girlfriend and I had a thing with the rain  (“ex” is a crazy phrase, by the way, because I never called her my “girlfriend” while we were in love, out of respect for the way we just ended up together, almost by magic). For some people it’s sunsets, foreign countries or songs, but for us, it was rain. Sudden downpours always got me thinking, and this case was no exception.

I arrived at Ben West 30 minutes before the show started, and it was pouring too hard for me to go into Willets and grab some food as I hoped, so I sat in the parking lot at Ben West and thought about the rain. We broke up in a brutal way, right when she arrived on campus to visit me for a weekend during my freshman year. I told her I was in love with someone else, and that I’ve become someone else, too. The next morning, I drove her home, getting a speeding ticket for aggressive driving somewhere in southern Virginia.

Guilt is a strange monster, because it is essentially the self eating itself. For someone who has been sheltered from guilt much of his life, it has been a strange experience. Apologizing straight away is rarely possible when someone is truly offended, because you have no voice to do it in. Your entire character is guilty — not in the “feels guilt” sense, but in the sense of “indicted of a crime.” You have to salvage bits of yourself. You may end up with no words for long periods of time.

I suddenly remembered how I felt in high school, sitting in her garage, when I asked her about this piano song on a CD she burned for me, because I was very moved by it, and I found out that it was Rachmaninoff performed by an ex-lover of hers, someone whom she still cared about very much. It’s beautiful, in retrospect, that she would share that with me, but at the time I was so jealous that I couldn’t even get mad; I just let it stain me, for weeks, and apparently years. I’ve just let this entire continent of emotion in my mind go unexplored. Meanwhile, life went on, and I talked about other things, and it occurred to me in the car that my jealousy was so immature and unexamined that it may have rotted me out, and made me commit this act of emotional violence as revenge. Can you imagine? She loved me, but because of that silly grudge, I broke her heart.

I was deciding between grabbing some food from Willets and risking being late to the show, and just going. I decided on going straight there. I parked in the science center lot and sprinted through the rain.

The “professor,” who was the lead actor in the skit, shook my hand when I entered, welcoming me to the lecture. There was something about The Giant Squid that was very forgiving to watch. When people dress like professors and stand on desks and yell about imaginary beings, it lubricates the imagination, and makes you feel forgiven for having had flights of fancy yourself.

It was held in Science Center 101, perfect for it being a “lecture.” The aesthetic of underwater exploration was framed by the sound of rain on the roof, which struck me as cozy, since the seats were packed despite the storm. For our academia-in-miniature campus, it was spot-on for us. The hard messages — that the ways we do research are very human (“science is not a science!”), that it’s absurd how we encroach on the dead and how difficult is the burden of those who love them — were presented so subtly that they were taken for granted from the start, while the humor captivated and drew us on.

I also love how the room itself was subverted. I don’t think I’ll ever be able to take a class in there again without seeing people jumping off tables and chairs being submarines, and imagining the professor tapering off into flashbacks…

The light-hearted moments melded into darkness, but never too much. It was thrilling, and I hadn’t felt this kind of delight in so long. The lighting, music and sound effects transformed Sci 101 into a submarine, a boat and a giant projector screen one after another. I caught a glimpse of the people working the lighting out of the corner of my eye, and I wanted to stare at them, but I felt so obligated to the show that I couldn’t bear to turn around. I didn’t want to ruin the illusion, or distract the people around me, which is also why I will never be a good journalist.

But out of curiosity I did make one quick peek. I gathered my energy, swung my head around and took a big look at the woman operating the equipment. She was wearing glasses, had no visible facial expression and for a second I thought — is this really the person operating the show, or is she just one of us?