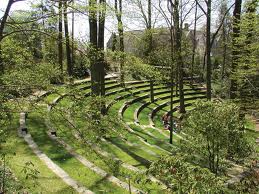 Some people watch plays at Swarthmore for entertainment. Some watch because they want to examine life through the lens of theater. Many watch because their friends — the actors in the play — force them to.

Those who attend shows for one of the first two reasons will be pleased to know that, from full-length Broadway musicals to original collective creations, Swarthmore’s theater scene has something for everyone this semester.

Those who go to plays for the third reason are stuck watching whatever their friends are in, whether it’s up their alley or not. Here’s what to expect:

Students gearing up to see every student production on campus can expect to be very busy during the month of November, when Patrick Ross’s “The Importance of Being Earnest,” Kari Olmon’s “The Intense Fragility,” Yellowstockings’ “Night of Scenes,” Sophia Naylor’s “Always Towards the Heart,” Josh McLucas’s untitled devised piece and United States of Play’s “The Sparrow” will all premiere.

“‘Merrily’ tells the story of Franklin Shepard, a successful movie producer in his forties who has abandoned his friends and his composing career for the glamour of Hollywood,” director Jonghee Quispe ’14 said. “The action moves backwards in time, allowing us a glimpse into the most important aspects of Frank’s life.” Quispe, who directed “Company” last year, is incredibly passionate about the production.

“I believe it is especially effective for college actors to take on this show,” she said; “As the characters slowly regress to our own age, the naturally expectant nature of youth will shine through.” Anyone who enjoyed last year’s “Company” and “The 25th Annual Putnam County Spelling Bee” should note that over half of “Merrily’s” 20-person cast appeared in one or both of those shows.

“This production of ‘The Importance of Being Earnest’ is about identity: social, sexual and personal,” said Ross. He continued: “Two men find themselves engaged to women who only love them because their name is ‘Ernest’: in reality, neither are called that at all. Or are they? No, they aren’t. Or are they?” The show is sure to be funny and moving.

That same weekend will feature Olmon’s Honors Dramaturgy Thesis. For this project she has adapted Vaslav Nijinsky’s diary and the theater of Tennessee Williams into a new play that she has entitled “The Intense Fragility.” The first reading of this play will be on Friday, October 5, and the final staged reading on November 9-11.

The other theater thesis project this semester is Naylor’s Honors Playwriting thesis, “Always Towards the Heart.” Naylor described her plot in brief: “In the rolling, misty hills of Ireland… Kate, consumed by a fear of dying, searches far and wide for the fountain of youth. On one of her expeditions she is kidnapped by a fairy queen with fears of her own.” She added that it is “Full of whimsy, quack medicine, synesthesia and Irish folk songs.” The final staged reading will occur on November 16-18.

Also that weekend will be the Yellowstocking Players’ Night of Scenes. Yellowstockings is Swarthmore’s only Shakespeare troupe. Dinah Dewald ’13, a key member of the troupe, described Yellowstockings’ mission as “Celebrating Shakespeare’s works and creating a fun, inclusive and low-pressure theatre experience for its members.” The Night will show scenes from “Othello,” “Coriolanus,” “Cymbeline” and “Measure for Measure.”

At the end of the month and moving into December (Nov. 29—Dec.1st), the Tri-Co’s only drama club, United States of Play, will bring “The Sparrow.” “The Sparrow,” directed by Maddie Brady ’15 from Bryn Mawr College, is a thriller about the only survivor of a terrible bus accident and the blessings and horrors of that girl’s powers. “It’s a story about accepting ourselves, forgiving others, and knowing that sometimes you can’t always go home,” said Brady.

United States of Play was founded last year by Anna Russell ’14 from Haverford College and always delivers funny, thoughtful plays in a low-key environment. The troupe is looking for two more men to round out their cast. If interested, contact Brady at mkbrady@brynmawr.edu.

The weekend of “The Sparrow” will also house a devised work on the life of Salvador Dali. The as-yet-untitled piece, directed by Josh McLucas ‘15, will “feature an original score, elements of modern and postmodern dance, nontraditional theater, and a collaborative devising process,” McLucas said. “We seek to create a thought-provoking piece that is enjoyable and infuriating, calculated and chaotic, mysterious and in-your-face.”

Also on December 8th will be the Directing class’s “Night of Scenes,” a cumulative project that represents the class’s efforts throughout the semester. “I feel like everything’s going to be all over the place,” said Marta Roncada ’14, who is in the class, speaking about the diversity of directing styles among her classmates.