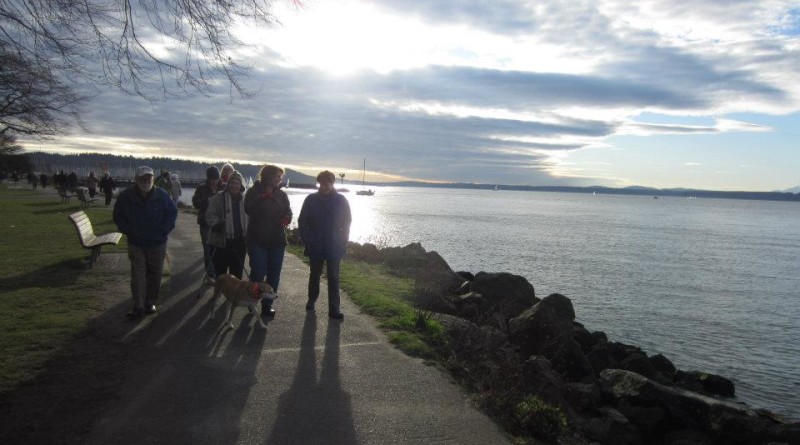 The Daily Gazette caught up with Amandine Lee ’13 from Seattle, Washington. A Physics major at Swarthmore, she is currently studying abroad in Beirut, Lebanon at the the American University of Beirut. We asked her to share her top five moments so far and give us a glimpse into her life in Lebanon.

We gathered at 7:00 a.m. and drove in beautiful sunshine up the coast, then began climbing the switchbacks up the mountains to an area called Arz. All at once, we could see snow blanketing the peaks and some little towns perched above sheer cliffs, which fell until they reached hills rolling to the sea. We were supposed to use lifts operated by the army, but a mysterious authority kept telling us to wait by the side of the road. Once we got to the ski area and helped ourselves to retro 80’s-style skis and parkas with uniformed military staff, kids on toboggans, and produce and nut trucks milling about, we were told that the army’s equipment wasn’t functional and we would have to wait even longer for someone to buy us lift tickets to the rest of the mountain. I don’t want to unfairly stereotype, but this is a very typical experience with Lebanese bureaucracy (as paying my fees and getting a visa has demonstrated to me). It was 1:00 p.m. when we actually started skiing, but it was all made up for by beautiful weather, and then dinner afterwards where we were treated to lots of Lebanese food and an impromptu dabke performance — a traditional form of dance from the Beqaa valley — put on by some of the Lebanese performers.

Number 4: “Underground Paintball” in the outskirts of Beirut

It was my first time ever paintballing. I turned out to be decent at it because I’m not very tall, I walk quietly, and I can get fiercely competitive in the right situations. I even managed to shoot a former soldier and current National Guard member (here to study abroad at AUB on the GI bill), which I am inordinately proud of. The trip was also my first real experience with Lebanese traffic, in which drivers honk like crazy and do everything they can to inch down the street, constantly risking minor accidents.

People have been living on the eastern coast of the Mediterranean for a really long time. One of the easiest tourist destinations outside of Beirut is a town called Byblos, or Jbeil, that boasts a castle built by crusaders in the 12th century on top of older Roman ruins. The town itself has been a port for millenia, and was called “Byblos” by the Ancient Greeks because it was expert at producing papyrus. We had a very helpful cab driver (Lebanese cabbies can either be reserved, informative and outgoing, or prone to lecturing on slightly crazy topics — it’s a gamble) who recommended a great and relatively inexpensive seaside seafood restaurant. Non-fast-food dinner often consists solely of mezze, a selection of appetizers shared among a group. This tapas-style meal is one of my favorite ways to eat because you get to try a lot of things — like calamari, kibbe (lamb and cracked wheat), tabbouleh, hummus, and so on — and you don’t end up feeling too full or spending $15 for an entree.

Shatila is a now-permanent refugee camp established in Beirut after the Nakba in 1948, when Palestinians were expelled from their homes by the establishment of Israel. It is full of produce and food stands, men pushing carts with sweets and other goods, and ramshackle apartments riddled with bullet holes from the Lebanese Civil War. I went with two other Americans to the youth center to see about teaching various classes. In particular, I wanted to help high school students with math and physics, but we ended up sitting in on a community meeting instead, where middle aged men and women railed against the evils of trash in the street and made plans with one of the organizers for future classes. The best part by far was meeting adorable Palestinian children of all ages and playing a sort of badminton, and other impromptu games, in the concrete yard.

During the winter, at least half of Lebanon is covered in snow. In the countryside, it is incredibly beautiful. Some friends and I hired a cab for several hours to trek to the southern mountains, where we saw scrabbly rock valleys and numerous Turkish/French/Arabic influenced castles, and stopped for a while in Beit-a-Dine (still used as summer residence for the President). Then we gained more elevation to find the Shouf Cedar Reserve, until the cab had to stop because the roads were too slushy. (The snow didn’t stop a couple of other cars, who took advantage of the weather conditions to practice skidding sideways in an empty parking lot.) From there, we hiked about 2 kilometers to reach the tree line. Cedars are an important symbol of Lebanon (one sits smack in the center of the national flag) but they only grow at high elevations. The sun was setting as we finally reached them, yielding this photo, and making it my favorite place in Lebanon so far.