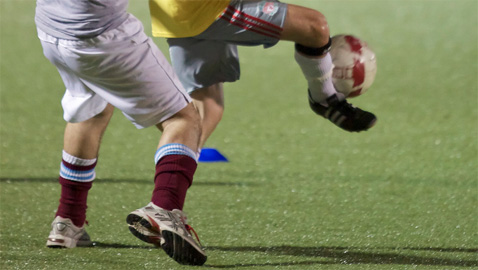 Studying abroad was one of the college experiences Amelia Possanza ’12 looked forward to most. But as a swimmer with obligations to her team during both semesters, the decision to go abroad was complicated: following her desire to go abroad would mean sacrificing a semester with her team. In the end, Possanza decided to study abroad and went to Mexico last spring.

“It was hard for me to choose to go abroad during the most important part of our season, but I had to because of Honors and that wasn’t something I was prepared to give up,” she said.

Many student athletes, especially two-sport athletes or athletes who play a winter sport, face the same predicament and grapple with this tough decision.

This year, one male basketball player and several swimmers went abroad in the fall, meaning that they had to miss part of their season. Interim Head Men’s Basketball Coach Joe Culley acknowledges that the absences of these athletes can have some negative effects on their team’s chemistry.

“It’s another challenge to coaching at Swarthmore,” said Culley.  “It can have some negative effect on the team, but it really depends on the student-athlete and how they handle the situation.”

Head Men’s and Women’s Swimming Coach Sue Davis also feels that students who go abroad can affect the performance of the team, but she expresses that a swimmer’s absence can encourage the teammates to step up.

Because the swim season has both a fall and winter season, though, most Swarthmore swimmers go abroad in the fall in order to be back for their annual training trip and the part of the season that includes the conference championship.

Both coaches recognize the importance of their athletes’ decisions, despite the effects studying abroad can have on the team.

“Each individual on the team is an essential part of what our team stands for and is,” Davis said.  “We miss them when they are gone and do the best we can, and when they get back, it is just that much more fun.”

Director for Off-Campus Study Patricia Martin explained that there are alternatives to missing a season to study abroad, such as summer study, work, travel, or volunteer abroad.  Still, these options do not always convince student-athletes not to study abroad.  While these options would often be ideal for the coaches and their teams, Swarthmore coaches understand their players’ academic desires and generally advise them to do what is best for them.  Such was the case for Erin Curtis ’13, who is missing this softball season.

“Coach’s response was supportive,” she explained.  “She encouraged me to do what was right for me academically.”

Curtis, a softball player, went abroad to Argentina last semester.  Towards the end of the semester, though, she began considering staying abroad for the spring, even though that meant not playing softball for a year.  After discussing the opportunity with her coaches and teammates, Curtis decided to stay in Argentina, due to the academic and financial benefits of doing so.

“It was definitely a difficult decision to miss softball season, since I love the game and my teammates,” said Curtis.  “I did feel pressure [to come back and play] but really just the internal pressure I felt from the desire to play.”

Possanza said she felt support from her teammates in her decision to study abroad when she did.

“I think that we are a pretty cohesive team and the people who go abroad still end up feeling like a part of our dynamic even while they’re gone,” said Possanza.

Students who play both a fall and spring sport also face the dilemma of which semester to go abroad and which season to miss.  This decision, as demonstrated by Maddie Williams ’12, can sometimes cause people not to go abroad at all.

“Playing two sports was the primary reason that I did not study abroad,” said Williams, who plays lacrosse and was formerly on the soccer team.  “I am not really sure how I would have chosen [which semester to study abroad].”

Williams, a Pennsylvania native, has always dreamed of traveling and living in a different country. Because of this, she is not completely sure whether she was correct in choosing loyalty to her teams over following her dreams.

“Sometimes I really wonder if I made the right decision,” she said.  “When I was initially looking at colleges, I had literally no clue what I wanted, but I knew that I wanted to live in another country at some point in my life. It was a little weird letting go of that dream when it had been such an important part of the college experience I had envisioned for myself.”

Despite her decision not to go abroad, though, Williams supports teammates who do make the decision to travel to another country for a semester, even if it means missing the season.

Other two-sport athletes, however, have planned ways to decide which season to miss.  Soccer and lacrosse player Elyse Tierney ’15, who wants to study abroad in Germany, will have to make this decision.

“My plan right now is to look and see what courses are offered which semesters,” said Tierney.  “If more courses that I need for my major are offered during one of the semesters, I will go to Germany during the other.”

Despite any complications student-athletes may have, Martin advises that communication is essential to these situations.

“My advice would be for students to talk with their coaches, and with athletes who have studied abroad,” said Martin. “Through connections that coaches have, some students have been able to train while abroad, and even play their sport. This is a wonderful way to meet people while living and studying abroad.”

One thought on “Athletes Face a Tough Choice in Studying Abroad”