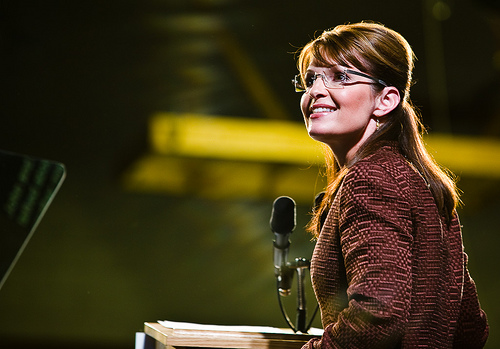 While I was munching my Caesar salad at a recent forum on Western Civilization, a few conference attendees asked how it was that I, an out-and-out conservative, ended up at Swarthmore. Now, most Swatties are hard to pigeonhole. All of us, in some facet or another, are probably outliers on a graph of the Average Joe.  My greatest deviation is my conservatism.

You see, I love my weather-beaten pair of Birkenstocks, get giddy about obscure literary topics, and own a fair share of T-shirts with nerdy slogans. But I am also a not-so-quiet fan of free markets, limited government, and tradition. My answer to the dinner guest’s question was that, despite my regular yapping about the federal debt, Milton Friedman, and William F. Buckley, my college search was not all that political. Perhaps it’s because my senior year English teacher assigned us too much Plato, but my main criteria for a college campus was that it have an intellectual climate. I figured my conservative mantle would either persevere, or it wouldn’t.

My high school friends used to tease me that I would renege on my conservatism after 48 hours at Swarthmore, yet my first year at Swat did wonders for my identity as a classical-liberal. This may sound like high irony, but, then again, being at Swarthmore has forced me to constantly scrutinize my viewpoints. If my opinions are on shaky grounds, I have to modify or abandon them. If I realize my ideas are sound, its because they’ve been challenged and tested. So, in case there are conservatives, libertarians or moderates among the incoming freshman class—or really anyone who harbors minority views at Swarthmore—I’d like to offer the following pep talk.

While it is certainly true that Swarthmore is a left-leaning school, don’t think of Swarthmore as a lefty breeding ground. It’s not. There’s nothing in Swarthmore’s mission, history, or essential educational framework that demands a specific political philosophy.

We attend a rigorously academic school, and remind your friends that students and professors ought to place various philosophies- even American liberalism- under the microscope. So talk to your adversaries. Swatties are a chatty bunch. I was surprised and thankful that many students who disagreed with my politics last year were willing to grab a cub of coffee so we could parse our opinions further and realize that the other person was a human-being, not a starving sphinx.

You will only get to have these discussions if you are bold and you can maintain a civilized tone. When a Swattie approaches you with a petition for a liberal campaign, you don’t have to pretend that your writing-hand has gone spontaneously numb. It’s all right to politely decline and say you have a different take on the issue. If the person is interested in chatting, be certain to keep your your cool. Remind yourself that nobody wants to  to listen to a person with foam dripping from her mouth.

Approach the conversation from a reason-based angle, rather than a political one. For example, if the petition had to do with raising the minimum wage, I’ve found that saying something like, “Have you considered that the minimum wage increases unemployment and disproportionately hurts young minorities” is a whole lot more effective and less polarizing than repeating, “Well, the Republican Party says X about salaries”. I’ve found most Swatties are receptive to decent arguments, even if those arguments are unconventional.

When you begin to feel like you’re the only conservative in the world, remember that your access to resources is not confined to our plush campus (or even the almighty Trio-Co library system). Search the web. Read a variety of blogs. Chuckle at Matt Drudge’s headlines. Look up academic groups that cater to classically-liberal college life, like the Intercollegiate Studies Institute, the Institute for Humane Studies, or the National Association of Scholars. Dinesh D’Souza’s short book Letters to a Young Conservative is a great launching point. Take a philosophy course, where you can contemplate human nature without feeling that Politico is going to leak your seminar comments.

Look at history and literature, not just the cable news talking-heads. Edmund Burke, T.S. Elliot, and Walt Whitman are insightful firebrands in their own right. They might not fix the American debt crisis, but they’re pretty good at patching up the human soul now and then.

Your professors really are there to nurture your intellectual spirit. Let them. And if all else fails, tell a Sarah Palin joke. Everyone likes a conservative who pokes fun at the Mama Grizzly.