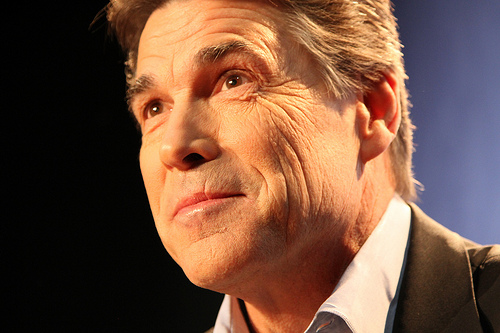 William F. Buckley, one of American conservatism’s great intellectuals, famously advised that principled voters ought to support the most conservative candidate who also has a prayer at actually winning. In the ongoing Barnum and Bailey’s Circus that is the GOP primary, I’m apt to support Mitt Romney rather than Ron Paul for this very reason. Whereas Ron Paul is the cranky, albeit wise, libertarian who decries the Federal Reserve in his sleep, Romney is the even-keeled executive who, though less exciting or ideologically pure, promises to offer a meaningful, sane foil to President Obama.

But it’s Rick Perry who throws the real flames: likening Social Security to a Ponzi Scheme. Now, technically Perry is correct, but his comments have drawn a lot of criticism from within the Republican Party, and I’m not quite sure Perry himself can articulate the metaphor. Perry continued the hyperbolic language, but watered down the substance of his claim, in his USA Today Op-Ed last Sunday. In it he said that Social Security might actually be salvaged, without explaining how.

First, let’s not give Perry much credit for the poetics. Conservatives and libertarians have been tossing around the Ponzi resemblance for years. In fact, some pinpoint a 1967 Newsweek article by the left-leaning economist and Nobel laureate Paul Samuelson as the first coinage of the Social Security/Ponzi terminology. Samuelson, himself a straight-up Keynesian, recognized that retirees were cashing-in more than ten times what they’d paid into the system. Samuelson suspected we might survive the startling disparity between working pay-outs and retired cash-ins based on his “overlapping generations model”. But that only works if economic prosperity fuels an ever-larger population. Downturns in Western birthrates over recent decades have negated the thesis. Birthrates are contracting, while our grandparents accumulate more and more birthday candles. Within this system, there just aren’t enough young to financially hoist the old into perpetuity.

Throughout the 1980’s and 90’s, prominent conservative think-tankers whispered about the Ponzi possibility at the Heritage and Cato Foundations. More interestingly, so too did liberal journalists at The New Republic, New York Times, and Chicago Tribune. Both Republicans and Democrats have accused each other of fleecing Social Security over the years. Sometimes bipartisan accusations of corruption are the strongest litmus tests of truth.

Charles Ponzi was a shifty character whose shtick depended on manipulating investors based on price differences for postage stamp coupons. Of course, these investors would only receive their pay-offs if Ponzi managed to dupe an ever-larger pool of “investors”. The whole pyramidal game was rooted in deception. In the sense that Social Security is also widely misunderstood by the American people, there’s a grave similarity between the 1920’s con artist and FICA. Smart people can walk away from a swindler. But we’re all made to open the front door for the knocking Federal Government.

Managers of the government fund compare Social Security to private insurance, and many Americans assume it to be such. Yet as early as 1960, the Supreme Court confirmed that Social Security is a tax, not insurance. Insurance would entail contractual rights, while the tax is more of an elaborate exercise in finger-crossing that future Congresses will keep FDR-era promises.

In reality, the payroll taxes on today’s workers don’t sit in a magical lockbox waiting on retirement. Nothing is invested or saved. Rather, today’s taxes pay today’s retirees. Meanwhile, to keep up the insurance illusion, paper entries go into a hazy “trust fund”, which is a short-term asset and long-term liability for the government. As soon as the benefits paid out exceed taxes, we’re out of luck. And we’ll be out of luck very soon.

President Obama’s recent jobs proposal calls for slicing payroll tax cuts and makes the situation even more slippery. Tax cuts make me as giddy as the next conservative, but payroll taxes are already failing to meet the massive pay-outs of Social Security and Medicare. The only way the Treasury can compensate is to hike taxes elsewhere, which won’t help stimulate the economy.

Most Americans are wedded to the notion of their own future Social Security checks on the Treasury’s horizon. But they also understand the concept of personal responsibility and would probably appreciate the flexibility to design and cultivate their own rainy day funds. Hopefully Perry’s remarks, however brazen, will resonate. Hopefully Romney won’t manipulate the elderly vote. Hopefully we’ll tear down this precarious Social Security tightrope. And hopefully we’ll nominate a conservative who can foil the great Ponzi Scheme, which is to say, nominate a conservative who has a shot at getting elected.