The Daily Gazette was founded twelve years ago, just as the Internet was beginning to capture the imagination of people around the world. Swarthmore had just given students email accounts and broadband internet access two years before, Usenet and newsgroups were a popular form of communication, and America Online was still king.

Things have changed since then. Since the great bust in 2000, the Internet has entered a new stage. Social networking, user-created-content, and online communities are the core of Web 2.0.

Southern Illinois University professor Rey Rosales argues that modern newspapers must create “a unique brand of journalism that will cater to the demands of the new generation of media consumers.” CNN has online video accompany most of its stories, the New York Times uses Flash to display dozens of complex graphs, the Washington Post encourages immediate user feedback.

This fall, the Daily Gazette has begun practicing multimedia journalism. The majority of our stories will be accompanied by photographs, video, or audio content. Each story will welcome comments and encourage debate. Stories will be published and updated as the news happens, instead of waiting for an artificial publication date.

These changes and others will help make the Daily Gazette better at serving the Swarthmore community. But it also provides a unique educational opportunity. More and more newsrooms are moving online, journalism graduate programs are dramatically expanding their courses in multimedia journalism, and more newspapers are finding profits from online advertising.

If you are an aspiring journalist, the Daily Gazette can give you a place to learn how to take advantage of Web 2.0. We are always looking for writers, photographers, videographers, web designers, and graphical artists. To join our staff, just e-mail dailygazette@swarthmore.edu

In the meantime, take a look at some of our newest features.

Comments: Each article welcomes comments! Anyone can comment by just leaving their name and e-mail address (e-mail addresses will never be made public). We welcome open discussion.

Opinions: Another way to join the conversation is to submit a letter to the editor or an opinion column. We are soliciting columns from anyone—staff, students, Swarthmore residents, and alumni. We want to hear what you think about things happening at Swarthmore—and things occurring around the world. Just e-mail them to dailygazette@swarthmore.edu or send them using our contact form.

Calendar: Right now, we have set up a Google Calendar which anyone can subscribe to, but this feature will be changing soon. We are teaming up with ITS to use a new system with the same functionality. Look forward to more headlines on this next week!

New Media: The Gazette will start to contain web-only content like video and audio. These forms of media can uniquely enrich our stories and give a better understanding of what is really happening at our college.

RSS: Users no longer only have the option of subscribing via email. Now, the Gazette also offers RSS feeds, letting you get news pushed out to your computer. Read more about RSS here.

24/7 News: From now on, the Gazette will be releasing news stories as they are written, instead of waiting until the day after. If you hear rumors floating around Swarthmore, just come to our website to find out what is really going on.

New Design: As you can see, the Gazette has completely redesigned its site. Now content should be easier to find and our archives are far more accessible. Please let us know if you run into any problems while trying to navigate it.

Welcome to the Daily Gazette v2.0. We hope you enjoy it. 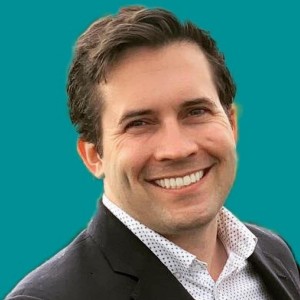