Last night, Dr. Sandra Jowers of the University of the District of Columbia spoke on Miller v. Board of Education, a landmark case in both African-American and deaf history. This was the first lecture in the cross-cultural collaborations series.

Jowers began her lecture by describing a conversation with her nine-year-old stepdaughter, who is deaf. She was showing her a history book one day, and while her daughter was happy to see figures like Rosa Parks and Martin Luther King Jr., “she looked at me and signed ‘Who’s deaf?'” At this point, Jowers realized that “while I could show her African-American history, I needed to also broaden that and be able to show her deaf history… it became important to me to start on that journey.”

Inspired by her daughter, Jowers went on to get a Masters and a PhD in history at Howard University, taking classes in signing to count as her foreign language requirement. Today she researches deaf history with a focus on African-American history. She explained that for her daughter and others like her, “they don’t think their history is valued, so it’s not validated… I wanted to make sure this history was incorporated in mainstream histories.”

Every American history textbook includes the Brown v. Board of Education decision of 1954, which Jowers called “perhaps the most significant legal decision of the 20th century… it changed the way all of our children were educated, black and white.”

What people don’t know about is the four cases that were heard previously to Brown v. Board of Education. One of them was the Miller v. Board of Education case, “the only pre-Brown case that advocated for deaf children and also the only successful challenge… the other three cases failed.” The Miller case advocated for deaf children of color in the District of Columbia, who were “operating under two challenges… not only were they segregated, but they were also physically removed from the city to be educated.”

Why were the black children being educated outside of the city? The Columbia Institution for the Instruction of the Deaf and Dumb and the Blind was founded in 1857 by Amos Kendall, a philanthropist who worked in the cabinet of Andrew Jackson. He founded the school because of a man named Andrew Skinner, who had five deaf and blind children who he was parading around ask for money to establish a school. Skinner had no intentions of establishing a school, and was exploiting the children for his personal benefit. Kendall found out that this was a sham and founded the Institution, which started with twelve student, some of whom were African-American. The Institution “started with an integrated group of individuals.”

Kendall asked Edward Gallaudet to become the first president of the Columbia Institute, which would later become the Kendall school in honor of Kendall. According to Jowers, African-American students were educated there from 1857 to 1905. Children were taught in classrooms together, but “dining and sleeping areas were separate… Gallaudet was very progressive in the sense that he was accepting them to university and that he didn’t have any racial discrimination about who could come into the school.”

If Kendall was integrated as far back as 1857, what happened in DC that made black students undesirable? According to Jowers, “with the advent of Plessy, we see a rise in white parents no longer willing to have their children interact with children of color… pressure from the parents forced Gallaudet to decide to remove these children.” He thought he was doing the best thing for them, since “he had noticed rising incidents of assaults on these children by their white classmates.” He thought the parents were pressuring their children to assault their African-American classmates, and so he decided to remove them in order to satisfy the parents and keep the children out of harm. On March 3, 1905, the government passed an Act that forbid children of color from attending Kendall School.

From 1905 to 1952, these children were removed and sent to another district. They were made to physically leave the place were they lived to go to the Maryland School for the Colored Deaf, which was about two hours away. “This is where we talk about people being silenced,” said Jowers. “There’s no way that hearing children of color would have been removed from the cities to be educated.” Parents had to send their children off as boarders, destroying the family structure and also leading to “a whole new situation in terms of academic education… there was not the same caliber of teachers, not the same curriculum, and not the same physical and economic resources. There were lesser standards in their education.”

Jowers has taken oral histories that suggest just how devastating this was for a generation of deaf children of color in DC. She spoke of one man who “wanted to cry every time he saw a Greyhound bus, because that’s how he was sent away to school, and he hated it.” Many of the children actually had to walk by the Kendall School in order to get to the train station, and never understood why they could not be educated there as well.

It was not until 1946 that somebody was able to advocate for the colored deaf. Kenneth Miller was born in 1941. His father was a police officer, so his family was relatively wealthy compared to other black families in the District at the time, and his mother Louise Miller started advocating for him when he was only five. She knew that education for the deaf should begin as early as possible, but no matter how many letters she wrote, the district was refusing to accept him into the Kendall School and he was too young to board at the Maryland Colored School for the Deaf.

She and her husband started hiring tutors for Kenneth at the age of five. He was accepted into the Maryland School when he was seven, but his mother wrote that “the Maryland facilities were so unacceptable that I could not leave my child there.” Although many parents probably thought this, Louise Miller was of the economic class that she could do something about it. Kenneth boarded at the integrated Pennsylvania School for the Deaf, paying twelve hundred dollars a year for his boarding and tuition, an expense few families could have afforded.

In 1951, Louise found a sympathetic ear in the American Veterans Committee, an integrated group that helped organize parents and fund attorneys for the legal battle. When parents of hearing children of color protested segregation, judges found that segregation was valid. “What was different about miller was not that the children were segregated but that they were physically exiled… the parents said ‘We want to see our children, we don’t know our children, our family fabric is being torn apart.'” After petitions and letters, Miller and five other parents sued the Kendall School, the Board of Education, and DC Public Schools in February of 1952.

They were helped by the Gaines v. Missouri case. Gaines was a black man who wanted to go to law school, but they wouldn’t let him go to the Missouri Law School, and told him he had to go out of state. He sued and it went all the way to the Supreme Court, where they “ruled that you cannot send one race out of the state for the same education that you have within the state.” The judge in the Miller v. Board case based his decision on this case. “After 50 years these children were able to be educated where they lived,” said Jowers, who emphasized that “this was Brown v. Board for deaf education.”

Unfortunately, the students came back to a segregated school where they were in the basement and the white children were in classrooms. The white teachers at Kendall refused to teach African-American students. Ruby Fry was the first teacher of color hired at Kendall, and “she was appalled at what was going on… the white teachers refused to work with her and they wore armbands because they were mourning the death of the status quo.” The children were academically behind after years at the inferior Maryland School for the Colored Deaf, and Louise Miller was soon advocating again because while the white children were learning algebra and English, the African-American children were being taught colors and numbers, and “the teachers are working in an environment where they are being told that they’re incompetent and unwanted.” It was not until Brown v. Board of Education that there would be integrated classrooms at Kendall School again.

Jowers’ daughter goes to Kendall School today, and the Miller case is taught as an example of “a group of individuals who were able to stand up against a policy of almost 50 years of educational exile and make a difference.” When the children are taught about it today, “the kids can’t even fathom it now… Kendall School is like a little United Nations today. My daughter realizes that she couldn’t have done all the things she does if she had been born then.” Jowers said that her goal “is to incorporate all of this into one history,” and is planning on writing a book about the Miller case to bring this story into the mainstream history that we tell about integration. 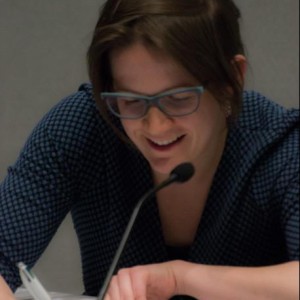