Arts » A Week in the Entertainment Awards: Grammy Results 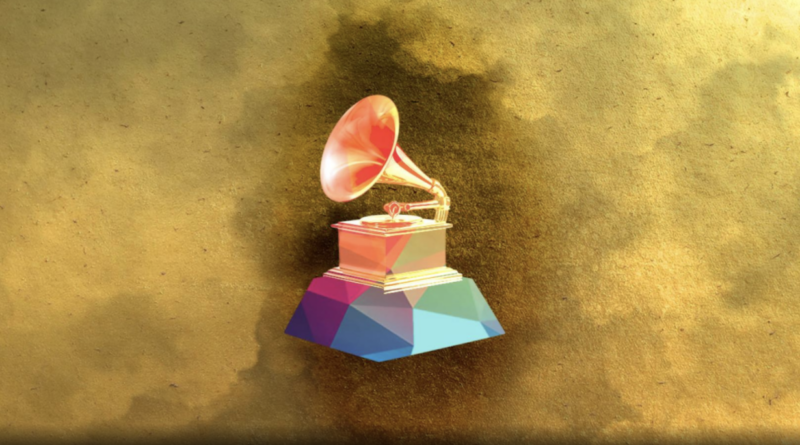 On Sunday, March 14, The Grammys finally happened. The 2021 Grammy nominations were released in late November, about two months before the “biggest night in music” is usually set to take place. Despite the tradition of American entertainment, award shows have felt their lack of relevance more than ever. Following the dismal ratings the Golden Globes received earlier this month (6.9 million viewers, a 63% drop from the year prior), the glorified concert that is the Grammys heavily relied on its performer lineup, which included K-pop boy group BTS, Taylor Swift, Cardi B and Megan Thee Stallion, Bad Bunny, and more.

During the three-hour-plus ceremony, some of the biggest wins were for Taylor Swift and her team with Folklore (Album of the Year), Megan Thee Stallion for Best New Artist, and Harry Styles’s Watermelon Sugar for Best Pop Solo Performance. Beyoncé made history as the single most awarded singer in Grammy history, passing bluegrass singer Alison Krauss with a total of 28 Grammys.

The actual live telecast felt like the Grammys of a pre-COVID era, complete with elaborate sets custom-made for each performer. Unable to seat a live audience for performances, the show had a separate outside area where winners were announced and acceptance speeches were said through teary eyes. Given the awards show’s relative normalcy in our current circumstances, the week leading up to this year’s Grammys was as exciting, if not more, than the actual night.

Every year, a new slew of artists boycotts the Grammys. Most recently, The Weeknd, who performed at the Superbowl last month, announced that he would boycott the Grammys after receiving a grand total of zero nominations. The singer clarified in a statement to The New York Times that he “will no longer allow [his] label to submit [his] music to the Grammys.”  The Weeknd’s lack of nominations is even more surprising in light of the fact that the singer has already won a Grammy for Best Urban Contemporary Album in 2016, a category now called ‘Progessive R&B.’ His 2020 album After Hours debuted on the top of the Billboard 200, and features two singles that have already reached platinum certification — Heartless and Blinding Lights. The album is not a seamless continuation of his 2016 Starboy (the album that won Best Urban Contemporary Album), instead introducing new wave and dream pop influences, sliding towards a more psychedelic sound. With so much growth technically and artistically, with commercial success to back it up, why did The Weeknd see no nominations?

This conflict between the Weeknd and the Recording Academy is emblematic of a larger issue. Long facing criticism of being anti-Black and misogynistic, the Grammys have recently undergone an overhaul of leadership. In 2020, the Recording Academy CEO Deborah Dugan was placed on leave about a week and a half before the 62nd Annual Grammy Awards. She was hired as the first female president only a year prior. A few weeks after being placed on leave, Dugan filed a discrimination complaint, inlcuding a sexual assault allegation and claims that members of the board manipulate Grammy nominations. Interim CEO Harvey Mason Jr. announced the morning of the 62nd Grammys that the academy’s Task Force on Diversity and Inclusion would develop real changes, and then in March, Dugan was officially fired. Last Sunday’s Grammys were the first to take place after Mason Jr.’s announcement of increased diversity, yet it feels like nothing’s changed.

Taking to Twitter on March 9, singer and former One Direction member Zayn Malik wrote the following: “Fuck the grammys and everyone associated. Unless you shake hands and send gifts, there’s no nomination considerations. Next year I’ll send you a basket of confectionery.”

Sitting currently with 894,000 likes, the sentiment merely echoes long standing complaints. Do the Grammys exist only to reward those who send fruit baskets? Those who perform when asked and sing a set they have no control over?

The Grammys have reached a point of real identity crisis, toeing the line of real artistic criticism and commercial success. The Best Pop Vocal Album category was lined with prominent artists such as Lady Gaga, Dua Lipa, Harry Styles, and Taylor Swift. Justin Bieber, nominated for his 2020 album “Changes,” took to Instagram to express his disappointment in the particular nomination category. “To the Grammys I am flattered to be acknowledged and appreciated for my artistry,” he began the post. “I am very meticulous and intentional about my music. With that being said I set out to make an R&B album. “Changes” was and is an R&B album. It is not being acknowledged as an R&B album which is very strange to me.” The situation reflects that of The Weeknd’s, yet this time in an opposite manner. Instead of being relegated to the newer and thus more obscure category of Progessive R&B, Bieber was rewarded with a nomination in the more prestigious category of Best Pop Vocal album, much to his chagrin. And this is an album that features the single “Yummy,” a commercial success but characterized negatively for its production and tired songwriting.

This all begs the question: what makes an album worthy of Grammy nominations, and should we even care? Music criticism is an indeterminate business, not to mention a largely white and male business. This year’s Grammys can nominate four women (and one band) in the Best Country Album category — a genre traditionally dominated by men — but that doesn’t change the fact that music journalism is largely made up of white men, a fairly non-representative group when it comes to popular music. Most executives of powerful music institutions, like labels, are similarly white and male. To make this limited population’s criticism culminate in an awards show that claims to be the pinnacle of artist excellence and success — “music’s night of nights” — is never going to please everyone. The Recording Academy’s answer to this has been a slow move towards transparency in the voting process, which still doesn’t exactly acknowledge the consequences of years of nominations and wins that were not purely motivated by artistry.

The Grammys’ official website briefly describes several phases a recording must go through, from submission to screening, nomination, voting, and finally results. Capping out at about a paragraph for each section, the voting process is simple — ballots are sent to voting members. Members are encouraged to only vote in their areas of expertise, and ballots are eventually tabulated by an independent accounting firm. It sounds straightforward, but over the years, allegations of corruption in the voting process have led to the ever common claim of artist snubs. The Golden Globes, an awards show celebrating American television and film, has faced similar scrutiny, the question of legitimacy in the voting process rising with the nomination of Emily in Paris (2020). Grammy nominations and wins have never really adhered to a consistent logic. They happen and artists are grateful, giving ostentatious speeches in outfits worth thousands of dollars. They hold the tiny golden gramophones and wonder what they did differently this year, what they did better than their competition. The answer remains unclear.

With fewer and fewer artists spouting praise of the Grammys and refusing offers to perform, it becomes increasingly difficult to understand why they still hold so much prestige. Moving forward, the Grammys has several goals, some more obvious than others: to diversify the Academy, to uplift the genres that seem to dominate the current music industry, and more implicitly, to bring the viewership back, to save itself from Golden Globe levels of irrelevance. To do so, the Recording Academy cannot afford more outrage around nominations, or more accusations of racism and misogyny. They can feasibly work towards this goal. Yet the waning audience willing to sit through a three hour concert-ceremony mashup that not only doesn’t reward their favorite artist, but doesn’t even mention them, will soon be the mark of the Grammys’ future insignificance.