Campus Journal » Want To Play Something with Your Friends? Try Minecraft. 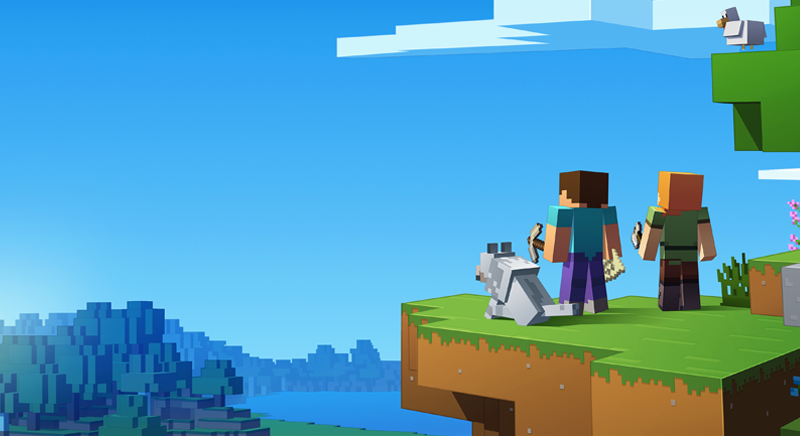 This one is near and dear to my middle schooler heart: let’s chat briefly about Minecraft. Yes, the Fortnight of yore for the current middle schoolers reading this article.

But first some history and an info dump: I started playing Minecraft nearly a decade ago, right around the release of Beta 1.6, and then stopped around the end of middle school.

Looking for a game that my friends and I could play while stuck at home during lockdown, I suggested Minecraft since it is literally the best selling videogame of all time (over 176 million copies sold). I figured there was a higher chance that people had an account lying around as compared to other videogames.

While both games are being updated there are key differences between the games. A few of which I will highlight below:

Perhaps my comparison was a little unfair — there is still something akin to mods in the Bedrock Edition. They have a store where you can buy skins, texture packs, mods, and prebuilt adventure maps AS A MICROTRANSACTION.

I got a little carried away there. This is Tepid Takes with Jake.

Anyway, there are valid reasons for implementing microtransactions: it’s a way for artists, modders, and map makers to get compensated for the very real work they are doing. In addition, having an officially supported store, assuming that it vets each item, is empirically safer than installing mods and texture packs on your own.

I think the first point has some merit; artists, programmers, and game designers shouldn’t be expected to give their work away for free. Having a centralized store that is advertised within Minecraft is a great mechanism for people to get paid should they choose to charge for their creations. That being said, however, Minecraft has been around for a long time and many texture pack artists, modders, and map makers already have a donation button next to the download of their creation. Let’s also not forget that these content creators only get 70 percent of each microtransaction as compared to the approximately 97 percent of each PayPal powered donation.

As a general rule, I have maintained and always will maintain that Microtransactions do not belong in full-price videogames. If you paid for a game once, you shouldn’t be expected to pay again and again and again to have the most enjoyable version of the game. No other media industry gets away with this. Netflix doesn’t charge you for different language audio nor does Spotify Premium have the audacity to charge you for each playlist you create. The gaming industry, however, has convinced us all otherwise.

So, with all that being said, I’d still recommend that you dust off your old copy of Minecraft and noodle around with your friends. Whether it’s building a giant structure, spelunking for rare materials, running an adventure map, or slaying hordes of mobs there is something for everyone. When I first drafted this article in late March, I was a bit skeptical of the staying power of Minecraft. After playing for a week or so, I was starting to get a little bored. I have found in the weeks since that, even once you have done “all the things” in Minecraft, it’s still nice to have a virtual space to congregate with your friends.

If you don’t have a copy already you can buy the Bedrock Edition of Minecraft for $30 and the Java Edition for $26.95.

Note: If you bought the Java Edition before October 19, 2018 you can redeem a free copy of Bedrock Edition for Windows 10 as long as that code is redeemed prior to April 20, 2020

7 thoughts on “Want To Play Something with Your Friends? Try Minecraft.”