Within the depths of this crisis, 7 p.m. was a shining light on the worst days for many New York City residents. People cheered at their windows, banged pots on their stoops, and sang from their balconies in gratitude for the thousands of healthcare workers who go to work each day and care for the sick and dying of our nation in this time of global pandemic. These essential workers were being celebrated for risking their lives to keep society together, to keep people safe and healthy, and rightly so.

But in contrast, the difference in reaction toward other essential workers is stark, and perhaps nowhere is it more glaring than in Guadalupe, California, the small town where I was born. Here, surrounded by fields of strawberries and broccoli, a large percentage of the population are immigrants from Mexico and Central America, the vast majority of which are undocumented and work harvesting the fields. This is hard and thankless work. During peak season, farmworkers are expected to work up to 13 hour days, bent over double as they pick strawberries or cut broccoli in the hot sun. Wages are exceedingly low and basic human rights are regularly infringed upon as growers expose the workers to pesticides, restrict restroom availability, or withhold overtime pay.

To learn more about the national political and economic effects the pandemic has had on farmworker populations, I would highly recommend reading the recent New York Times article “Farmworkers, Mostly Undocumented, Become ‘Essential’ During Pandemic”; the cruel irony of threatening deportation against a population that is one of the cornerstones of our economy is shocking. But from living in a community where farmworkers’ lives are continually upended and threatened, I want to share not just what this means for our immigration debate, but what it means for everyday people who work in the fields.

Juan is in his 30s; he has a wife and two children and lives down the block from us. He works in a tomato nursery — a massive, hot, humid, closed-air greenhouse where hundreds of workers are brought in every day to harvest and package tomatoes. Lately, he’s been forced to work eleven hour days but only gets paid for eight hours of work. This week, Juan came into the free medical clinic where my mother works complaining of a fever and cough. Undocumented immigrants often have no health insurance, no sick leave, and no governmental support. The county refused to test him for the virus, stating he should just stay home. His symptoms continued to get worse and now he’s hospitalized, having tested positive for COVID-19 in the emergency room. Juan is the sole wage earner in his family, and if he doesn’t get better in the next two weeks he will lose his job.

It was recently in the news that Madonna called coronavirus “the great equalizer”. And yet, I am far from the first to note that racism and classism not only persist but are exacerbated in this new reality. Food is life: without produce, we would simply cease to exist. So perhaps as students of an elite institution, one that gives us privilege and voice that many others don’t have, this is an opportunity to recognize the enormity of the contribution that farmworkers have made to this country. Studies have irrefutably shown that low-income people of color are vastly more likely to die of the virus due to inadequate health care and unequal testing. But bigotry exists not only based on whether we treat people medically but also on whether we treat people as people. I will continue to celebrate the incredible work done by the brave nurses and doctors who venture out into the world each day to keep us healthy. But going forward, I also will take an extra moment to think about where the apple I had with breakfast came from, who continues to work tirelessly to put produce on my table, and how our country has thanked them.

Having a degree and a high paying job is not what makes people essential. Taking care of others is. 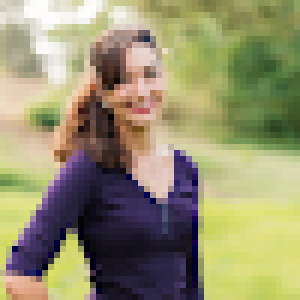 Call Your Mom (But Not Just For Mother’s Day)