Campus Journal » Renato’s Does Not Exist 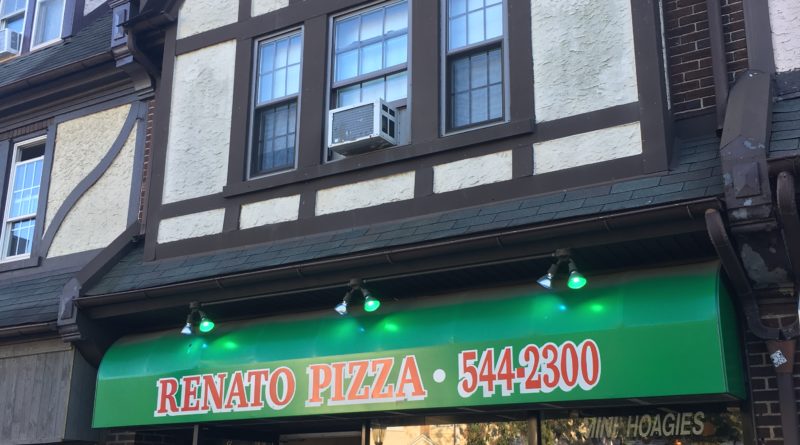 Renato’s Pizza is the workhorse of the Swarthmore food scene. Sure, you could spend time walking to Swarthmore Pizza or sit around waiting for Uber Eats. But when you’re hungry, or sad, or drunk, or high, or just want to have fun with friends, you know you’re going to go to Renato’s.

But you won’t. No, not because you’ll be going to Occasionally Yours. You won’t go to Renato’s — because Renato’s does not exist. At least not in our world.

But you have so many memories from Renato’s! Were all of these late-night pizza runs just a figment of your imagination? Did the ever-damp tunnel transport you to an alternate timeline without this familiar establishment?

“There is a fifth dimension beyond that which is known to man. It is a dimension as vast as space and timeless as infinity. It is the middle ground between light and shadow, between science and superstition, and it lies between the pit of man’s fears and the summit of his knowledge. This is the dimension of imagination. It is an area we call the Twilight Zone.”

This area contains Renato’s. And while some have claimed to have visited it, it has (as of publishing time) yet to be discovered empirically by science.

But outside of the fifth dimension there is another pizzeria, one which is simply called “Renato Pizza.” Like the fabled “Renato’s Pizza,” Renato offers an abundant cornucopia of pizzas (from Marinara to Specialty to Neopolitan to Sicilian), salads, strombolis, calzones, hoagies, poultry, beef, and (unbeknownst to most customers) flounder. Similarly to Renato’s, Renato has red diner-style booths and a green awning. The only difference between the two is that the restaurant whose existence has been confirmed by science and eye witnesses has “Renato Pizza” written on its awning, and not “Renato’s Pizza.”

In an unexplained phenomenon, a true example of the Mandela Effect, a majority of students simultaneously hold the false belief that the pizzeria is called “Renato’s Pizza” and not “Renato Pizza.” In a survey of 52 students, 40 believed in earnest that the restaurant is called Renato’s Pizza. Only 12 saw through the ruse, through the deception, and correctly identified the pizzeria as being called “Renato Pizza.” In the name of academic integrity, it must be remarked that the method and research question of the survey were amended gradually over time in order to ensure that the results most accurately reflect the intended research question. The original question asked of participants was “What do you call the pizza place in the Ville?”, which was not a good way of asking the question since people tend to universally refer to it as “Renato’s” with the apostrophe “s,” even if they are aware that this is not the actual name of the establishment (of 31 participants in this initial survey, 30 tack on the “s,” while only one held out and insisted on “Renato” purely). For the next round of the survey, the question was changed to “What is the pizza place in the Ville called?” While marginally better than the first question, this one too suffered from the scourge of ambiguity because of its use of the passive voice. Some participants interpreted the question as asking “What is the pizza place called amongst members of the community?”, rather than the intended “What is the pizza place called objectively?” To remedy this ambiguity, in its final iteration the question was changed to “What does the awning of the pizza place in the Ville say?”

It seems that while approximately 20% of students are aware that the restaurant is called “Renato Pizza,” the student body agrees virtually unanimously that the most common usage is “Renato’s.” Of course any self-respecting modern study in linguistics would never take up the prescriptivist approach — this study only seeks to explore how students use this term.

But to get the full picture, one must consult the experts. In this quandary, the people closest to the issue are the dedicated employees at Renato Pizza.

Shane Clark works at Renato, where he can be found manning the register near the front of the restaurant. He speaks with a reassuring smile, his face bounded by long blond hair held tightly in a bun and his ears adorned with jet-black tunnel earrings.

“I call it Renato’s,” said Clark. “It just rolls off the tongue easier.”

“It’s the same reason we call the town ‘Swathmore’ [swɑθmɔːɹ]; it’s easier, and it sounds better.”

The popular usage of “Renato’s Pizza” uses the word as a possessive, indicating that the pizza belongs to Renato. Clark explained that the original owner and founder of the restaurant was named Renato, so it truly was his pizza. But just a few years after founding the restaurant, Mr. Renato sold it to its current owners. So technically speaking, the pizza no longer belongs to Renato. “Renato Pizza” is an adjective — it is defined as “Pizza of the Renato kind.” While the pizza sold today does not belong to Renato, he is still the original progenitor of every slice, so it is still a “Renato” pizza. This name format parallels “Swarthmore Pizza” — the pizza does not belong to Swarthmore, rather it is a particular type of pizza which can be found at this one dining establishment.

Though Clark and the rest of the Renato employees say “Renato’s” because it is easier, they eagerly welcome any usage of the word, leaving it to personal preference of the customers. Prescriptivists will find no kinship with the Renato employees, who preach and practice descriptivism through and through.

“[Renato’s] is still technically correct I would say,” said Clark.

If you’d like, you can still go out and search for the fabled “Renato’s,” floating around the fifth dimension, somewhere in the Twilight Zone. But you don’t have to. Because the real Renato’s will always exist in the collective psyche of the student body. Yes, Mr. Renato is no more, and technically speaking the pizza is no longer his, but in our minds it still might be — a vision shared with the very people who work day in and day out to make the dream of Renato’s a reality.

One thought on “Renato’s Does Not Exist”