The climate crisis presents the greatest threat to humanity. It has already wrought unprecedented devastation, but the worst is yet to come. We cannot sit by as the world burns and floods. We must demand that our government recognize that the climate is in crisis. We must disrupt our society before climate change disrupts it for good. On Friday, Sept. 20, millions of people around the world will strike and protest to demand action. The Swarthmore community must stand with them.

Earlier this year, acclaimed children’s science educator Bill Nye went on John Oliver’s Last Week Tonight show to demonstrate the threat of the climate crisis. Taking a torch to a globe, he said that “the planet is on fucking fire.”

He was right, but his caustic statement also left out many of the other horrors wrought by the climate crisis. The planet is on fire; it is also overheating, flooding, drying up, and reeling from an endless torrent of natural disasters.

Wildfires in America burn twice as much land as they did in 1970, and wildfire season has gotten so long that the California wildfire captain said, “we don’t even call it fire season anymore. Take the ‘season’ out – it’s year-round.”

Heat waves happen fifty times as often as they did in 1980 and last 45 days longer than they did in the 1960s. As a result, “extreme heat now causes more deaths in U.S. cities than all other weather events combined,” according to the Centers for Disease Control and Prevention.

At the same time that rain and floods drown parts of the planet, drought dries other parts up. Two-thirds of all people live in places that face water shortages “at least once a month each year,” writes author David Wallace-Wells in his book, The Uninhabitable Earth. “Half a billion are in places where the shortages never end.”

Extreme weather events, like Hurricane Dorian, have already displaced 7 million people in 2019 and could displace 22 million by the end of the year, according to The Internal Displacement Monitoring Center. Harrowing statistics like those lead Wallace-Wells to write, “the earth’s ecosystem will boil with so many natural disasters that we will just start calling them ‘weather.’”

These facts should scare you. They scare me. They can also numb you. The climate crisis can seem distant and disconnected from our lives, separated from us by geography and time. The worst has not come, and the worst will not be felt in Swarthmore, Pennsylvania, but in the Global South. The humanitarian organization DARA estimates that more than 98% of climate-related deaths in the next century will occur in developing nations. This cruel inequality may give us privileged few a perverse sense of relief, but it really lures us into a false sense of security. The climate crisis will fundamentally disrupt all of our lives.

My hometown, New York City, has spent the last seven years slowly recovering from Hurricane Sandy, the second-costliest weather disaster in American history. Eight million people lost power and 650,000 lost their homes, some of whom were my neighbors, teachers, and friends.

Hurricanes as deadly as Sandy will hit New York seventeen times more often by the end of the century. Those natural disasters, along with sea level rise, may put parts of the city underwater. National icons like The Statue of Liberty, centers of global finance, like Wall Street, and places with immense personal significance to me, like the high school from which I graduated, are all at risk.

Every year, I visit my grandparents in Santa Monica, a beautiful coastal city in Los Angeles. I have fond memories of playing with toy soldiers in their house, flying kites and throwing frisbees at the beach, and hiking through the Santa Monica mountains. By the end of the century, the mountains will remain, but the beaches will not, nor will my grandparents’ house.

To truly grasp the significance of the climate crisis, we must reflect, not just on the statistics, but also on the ways in which it will intimately affect our lives and the lives of the people we love.

The climate crisis should scare you, but it should not dishearten you. Three things should inspire you that hope is not lost, and that we have a great opportunity to do good.

First, we can still stop the worst of the crisis.

Some people may not take comfort in that statement because they may see climate change as inevitable. While the climate is always changing, and humans have warmed the earth enough for some unstoppable processes to start, the degree of change matters most. The United Nations Intergovernmental Panel on Climate Change found that the earth has already warmed by one degree Celsius since the industrial revolution, and will warm to about four and a half degrees Celsius by 2100. Even drastic cuts in emissions would not stop all further warming, but the UN estimates that such actions could limit warming to one and a half degrees Celsius.

These numbers seem trivial, but each degree Celsius means the difference between life and death for billions of people. Right now, at one degree of warming, air pollution alone kills seven million people each year; if the earth warmed to just two degrees, it would kill more than 150 million people.

As horrific as two degrees of warming sounds, it simply does not compare to the suffering that four and a half degrees of warming will bring. Mark Lynas, author of Six Degrees, writes, “it is difficult to avoid the conclusion that mass starvation will be a permanent danger for much of the human race in the four-degree world.”

He doesn’t stop there. At the apocalyptic six degrees of warming, Lynas struggles to contemplate how, “with all the remaining forests burning, and the corpses of people, livestock and wildlife piling up on every continent,” humanity could avoid extinction. If this didn’t frighten you enough, the worst-case estimates of the UN’s climate models don’t project six degrees of warming. They project eight.

Second, our generation has the power to stop the worst of the crisis.

We have been changing the climate since the Industrial Revolution, but we have actually done most of the damage in the recent past. According to Wallace-Wells, more than half of all carbon emissions have come in the past three decades, the lifetime of just one generation. If the previous generation had the power to bring the planet “to the brink of climate catastrophe,” as Wallace-Wells writes, the next one has the power to bring it back. “We all also know that second lifetime. It is ours.”

Our generation already has many of the tools and solutions needed to address the crisis. Initiatives like the Green New Deal take the right approach. It treats climate change as a systemic crisis that demands a systematic response. It proposes that the government combat the climate crisis in all areas of society, while also ensuring that the country can smoothly and equitably transition away from fossil fuels.

The Green New Deal isn’t perfect – it isn’t even a policy yet – but it represents the kind of big steps that we must take. And both the public and a growing number of politicians support these kinds of ambitious moves. 60% of registered voters support the Green New Deal, as do nearly 100 congressional Democrats, and all major Democratic presidential candidates.

However, the tides are turning. Mass movements, like the Sunrise Movement, have spoken truth to power and brought the climate crisis to the forefront of the political agenda. According to the Pew Research Center, “compared with a decade ago, more Americans today say protecting the environment and dealing with global climate change should be top priorities for the president and Congress.” In 2016, no presidential debate more than touched on the climate crisis. In 2019, every Democratic debate so far has involved climate issues, and CNN devoted an entire town hall to the climate crisis.

We have made much progress, but the fight must continue.

On Friday, Sept. 20, millions of people around the world will strike. People will skip work and school in 117 countries. They will disrupt society to show how the climate crisis has already disrupted society. They will demand action that treats the crisis as a crisis. They will strike in Washington, D.C., and in Accra, and in Tel Aviv, and in Paris, and in Swarthmore.

At 10 a.m., members of the Swarthmore community will demonstrate on Parrish Beach. At 11 a.m., they will strike at City Hall in Philadelphia (Sunrise Swarthmore will cover train tickets for protestors that fill out a short waiver at the Lang Center). At 2 p.m., they will return to Swarthmore for further discussions about the climate crisis.

We must fight the climate crisis like our lives depend on it, because they do. This Friday, fight, and strike.

Find more information and sign up to strike at bit.ly/swarthmorestrike. 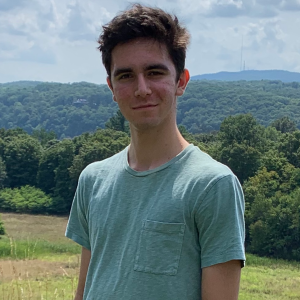 Rethinking the Way We Talk About Climate Change