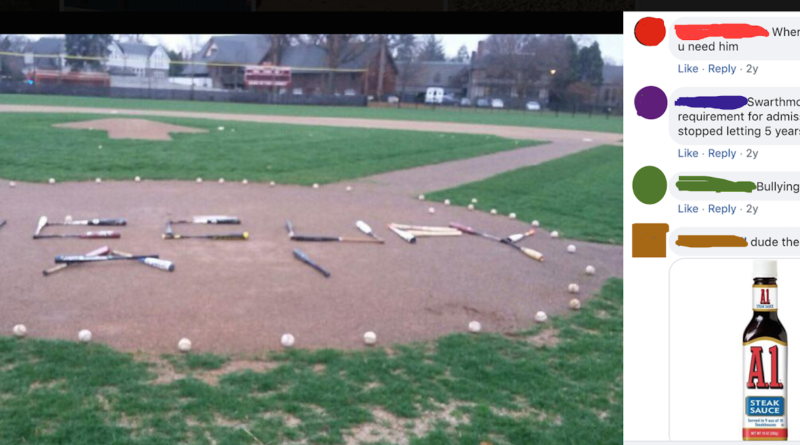 Here we are again. Before we dive into the grit of what I’ve found for you about this crime, let us first discuss truth. Truth is a funny thing. Philosophers have long questioned how we find truth, how we know things to be true. The truth can be ugly, it can be shocking, it can be difficult to hear. Is there objective truth? Is there only subjective interpretation? Are we committed enough to truth to allow these multitudes to exist simultaneously? Are we comfortable with chaos?

I ask you to contemplate these questions of truth because today’s column deals with the not-yet truth. Unlike a lie, these not-yet truths are plausible truths yet to be proven. In order to begin an investigation like this one, I first have to lay out all the possibilities before I can follow the traces of proof. The question of motivation comes into play: who had plausible motivation to do this act? What was the intention in the first place? After wading through the flood of information and commentary I’ve received, I’ve narrowed it down to the most plausible theories.

Theory #1: The All Too Obvious

The first theory is that the people who led the act of sitting at A1 placed the bats on the field. Motive? Sure, easy. Escalate the alleged movement, ride off in the glory of the tables, seize yet another opportunity to make mischief at the expense of male athletes. Rub it in. I get it. But, doesn’t it seem stupid to do this and assume people won’t think it’s you?

Still, this was the popular theory at the time. One look at the Facebook comments (Figure 1) can tell you that much.

A side theory: perhaps a lone follower? A rogue tabler seeking power and glory, willing to throw the others to the fraternal wolves?

But these are the people already associated with “Occupy A1.” This theory seems to be the obvious option, and given how obvious it is, it’s probably purely conjecture, especially since the people participating in the table sit probably had no idea where the baseball equipment is kept. You can say a lot of things about the people who started the table act, but you can’t say they know where the field house is.

Figure 1. Colors indicate different speakers. Identities have been concealed for journalistic integrity. By “Chris Kyle,” yes, that is American Sniper being invoked here.

Maybe the bats were done in a good-natured, camp-style prank war that went wrong. A supposed rival of the baseball team, such as the lacrosse team or another male sports team, decided to pull a prank on the baseball team and poke fun at the table situation. An escalation of a Saturday night pong tournament, maybe? Once the act was taken seriously, perhaps the guilty team realized the both the magnitude of their act and the inability of the baseball team to take a joke and decided to remain quiet.

Still, I’m puzzled. Doesn’t a prank like this seem like a wonderful opportunity for building camaraderie among sports playing men? Some kind of pledge activity? I can hear them now: “Drink, pledge.” “Do the bats, pledge.”

This act could’ve been an abstract performance piece to shed light on the divisions that exist within the student body. The artist might have got scared off taking responsibility for it once they realized the possible backlash. Or maybe the reaction was part of the piece as well, making us question how our emotions get tangled up in objects and phrases, how we breathe meaning into these arbitrary signifiers. The piece is nothing if not effective, and affective, too. It’s already making me rethink my geo-spatial and affective relationship with the bats. Why make the circle of baseballs look so good? Has the liberal arts gone too far?

This theory may be marginal, but we can leave no stone unturned. Perhaps the administration became scared by the possibility of blame turning to them for the obvious divides amongst students; the emergence of an anti-frat movement that could risk donors pulling out. Perhaps even a certain infamous ex-Dean of Students herself did the deed.

Think about it. How easily could an administrator access anything on this campus, even baseball equipment? What better way to direct attention away from the heavily critiqued, untrusted administration than to turn students against each other? Or perhaps to create an “activists gone too far” narrative that would weigh in favor of the victims — the baseball team? and serve the College, maybe even for the future? She could do pretty much anything to sell it. The supposed cameras erased, maybe even disappeared, with one vague email. It may sound crazy, or that may be exactly what the administration wants you to think.

This theory opens up a whole other, largely unexplored side of the prank theory. Perhaps this was the quintessential battle of the masculinities, of alt-boy vs good old American, of soft boy vs hard bats. Who could’ve done it? Who else but a Barn-living edgelord, fixated on counter-cultural mayhem? They hate the athletes, right? Right?

But if our archetypical Barn boy is responsible, wouldn’t said edgelord want credit for their work? Their position on campus removes them from athlete sight nearly completely — what would further ostracization really do? Do even the most edgy of us tremble under the shadow of possible backlash from the baseball team? I somehow can’t find faith that our edgelords are brave enough to take the heat.

There’s a chance, we can’t know how significant, that this was an inside job. Conceivably, they have the means. Do they have the motivation? Perhaps this act was designed to demonstrate the baseball team’s pacifist stance when they’re being constantly targeted, antagonized even, by other students, and gain some sympathy from the community. Perhaps it was a framing of one or more of the suspects listed above.

But would they go so far as to possibly damage the equipment they hold so dear? This reporter doesn’t think so.

We need you to weigh in, offer any information you have to our hotline at whodidthebats@gmail.com. Where were you? Who do you think did it? Did you do it?

At this point, we have received over 100 messages regarding our little column. Some of you are curious, some of you are excited, and some of you are really fucking mad. I get it. I am too. While we would appreciate it if the hate mail could ease up a bit — we know this issue is emotional. We appreciate your investment in the truth. It keeps us going.