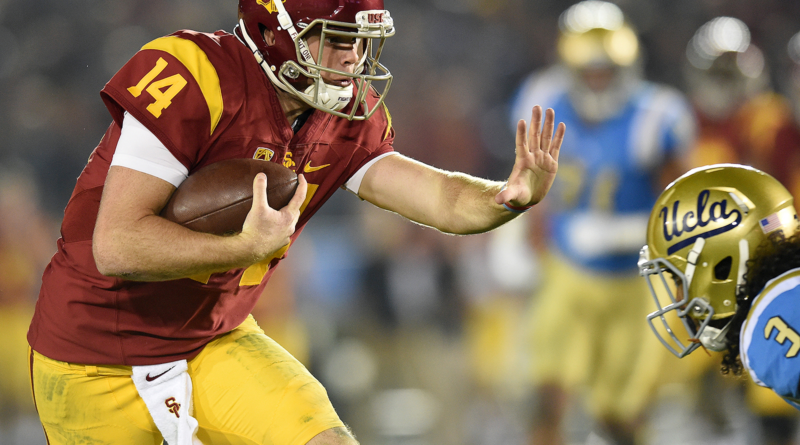 There are still a few games left, but the college football season is nearly through and the playoff race is finally shaping up. Most people either follow college football religiously or don’t know anything besides Alabama winning the national championship every year (which, to be honest, is probably enough most of the time). But for those who want to be in the know before words like strength of schedule and Heisman dark horse start getting thrown around like candy on Halloween, here are some of the biggest stories in National College Athletic Association (NCAA) football today:

Alabama’s Not #1
Long known as the dominant power in college football, the Alabama Crimson Tide has won countless national championships, and with a consistent yearly influx of talent, they’re the equivalent of the New York Yankees in the NCAA. But for the first time all season, Alabama isn’t the #1 ranked team in the country, ceding that title to the University of Georgia Bulldogs. While both teams are undefeated, Georgia’s opponents were statistically stronger (known as strength of schedule) than Alabama’s, so through the (admittedly partial) College Football Playoff rankings, the Bulldogs received more votes for first place than the Crimson Tide, earning (temporarily) the top seed in the playoffs. Of course Georgia’s status is shaky at best- 14th ranked Auburn is next up on their list. Alabama, on the other hand, while still ranked as #1 by the Associated Press, has 16th ranked Mississippi State coming up. All it could take is one slip-up for the standings to be thrown into flux.

RIP the Big 10.
Not too far back, the Big 10 Conference looked to be making a huge splash and contending with the SEC for college football dominance. Michigan State, Michigan and Ohio State were yearly contenders for the top playoff seeds, while a resurgent Penn State rose to the #2 rank nationally after starting 7-0 and clobbering Michigan. Unfortunately, since then, it’s almost all fallen apart. Michigan and Michigan State, after being ranked as high as 7th and 16th respectively, both have fallen to 7-2, dooming them from championship contention. Penn State dropped two games in a row against Ohio State and Michigan State to fall to 7th nationally. And Ohio State, ranked 6th and flying high after squeaking past Penn State, was immediately clobbered 55-24 by division rival Iowa. The Big 10’s best chance for a college playoff appearance now is 9th ranked Wisconsin, who, while undefeated at 9-0, has only played unranked teams, and has games against Michigan and an upset-seeking Iowa remaining. Oh, how two weeks can change everything.

The Pac-12 Hates Itself
Apparently, the Pacific-12 (Pac-12) Conference didn’t get the memo this year that to have a representative in the national playoff, you have to have a team that beats its division rivals. As it turns out, every team in the division besides Oregon State (it’s OK, Beavers, we still love you) have managed to lose to one another, even when it came to top-ranked national teams. The Arizona Sun Devils (with a 3-3 record at the time) beat the Washington Huskies when they were undefeated and 5th ranked in the nation, while the California Golden Bears (also with a 3-3 record at the time) beat the Washington State Cougars when they were also undefeated and 8th ranked in the nation. The Cougars had toppled 5th-ranked USC during their undefeated streak, while Stanford suffered another loss every time it looked like they’d finally gained momentum. The fervor to win and succeed is certainly there, but as a whole, the Pac-12’s motto this year appears to be: “If I can’t have it, well, you can’t either!”

There are countless other narratives to tell about the state of college football (the absolute collapse of Florida State, for example), and Alabama would probably only win by 1 point (because Alabama basically never loses) before I finished describing all of them. There’s only one way, though, to find out how they finish. It’s to take some time off on Saturday, kick back, relax, turn on the TV, and watch some good old college football.

Editor’s Note: Several members of the Phoenix Editorial Board have signed this letter including our Editor Emeritus, Campus Journal Editor,

October 23, 2020 Zachary Robinson 0
Do NOT follow this link or you will be banned from the site!