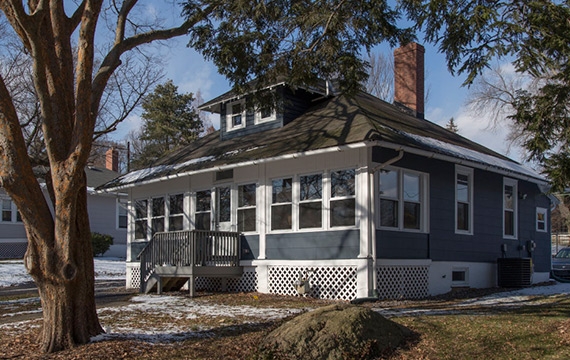 We are in a time of crisis. In just a few short months, we have watched our government strip away the rights and privileges of some of the most marginalized groups in our country, including immigrants, refugees, transgender individuals, and people of color. Today, we watched the US government withdraw key principles on adequately protecting students from gender-based violence.

At George Mason University, Secretary of Education Betsy Devos, spoke on students’ right to learn in an environment free of sex based discrimination. While she assessed the reality of the epidemic of sexual violence on campus as “lamentable”, her speech today focused on victims of “a lack of due process” and the “failed system” established by the Obama administration. She portrayed the guidelines as overly cumbersome and confusing for campus administrators, and told the stories of instances where improper enforcement led to unfair outcomes for several students accused of misconduct. She spoke of schools losing funding because of the “shaming” by a “weaponized” Department of Education. She did not explain that these cases are few and far between, or that the accused most frequently suffer no consequences for their actions.

“The era of rule by letter is over,” she declared, invoking the 2011 Dear Colleague Letter which she intends to do away with. At no point did she explain that it is that letter that provides clear guidelines for schools to approach both complainants and respondents. She claims that a few cases of improper implementation of the letter’s guidelines require an entire “New Way”, which will require students to seek resources outside their schools, where the federal government does not specifically require investigation into all cases of misconduct or remedies in the case of sex or race based discrimination.

We are angry and disappointed that the Trump Administration refuses to require that institutions use fair, equitable, and frankly common-sense measures in response to sexual misconduct. But we call on Swarthmore to reaffirm its commitment to these processes that allow students of every gender to fully access their education.

Students should be able to turn towards their colleges and universities for resources and support when they face sexual violence. But in a system where victims of violence expect campus adjudications to be increasingly traumatizing, many opt not to report their experiences to their colleges. Perpetrators of violence therefore remain on campuses, posing a continuous threat to the rest of the student body. Current protections and best practices related to student sexual misconduct are each crucial to the safety and health of the entire student body.

We ask Swarthmore to maintain the follow key components of the 2011 Dear Colleague Letter clarifications of Title IX:

The preponderance of evidence standard is the standard employed by judges and juries in all civil (non-criminal) trials in the American judicial system. Commonly explained as demonstrating that it is more likely than not that an event took place, a preponderance of evidence standard affirms that both students’ educations are equally important by setting both the complainant and the respondent on an equal playing field. It is appropriate to apply this standard in college hearings on sexual violence because no school’s process judges the criminal culpability of students or assigns criminal punishments. Some claim that a higher burden of proof should be considered when the punishment is as severe as expulsion from college, but fail to differentiate sexual assault adjudications from other similar campus processes or civil court proceedings.

Ongoing Title IX rights and responsibilities training for all students, faculty, and staff

Even well-intentioned actors can be socialized to believe myths about rape. The Education Department’s civil rights chief, Candice Jackson, recently had to retract the damaging and empirically false statement that most cases of assault “fall into the category of ‘we were both drunk, we broke up, and six months later I found myself under a Title IX investigation because she just decided that our last sleeping together was not quite right.” Attitudes like this among administrators and civil rights advocates isolate survivors of violence and discourage them from seeking help.

Furthermore, students deserve education about their rights to an environment free from discrimination. The extensive resources Swarthmore offers to survivors of sexual violence mean very little if survivors do not know they are available. Swarthmore must continue to require ongoing programming for all enrolled students.

This policy must exist and be rigorously enforced in order to ensure that complainants are safe throughout the reporting process and to prevent a chilling effect on reporting more broadly.

Such mediation can put undue pressure on survivors to “move on” from their injury in order to minimize contact with an abuser or to make the lives of administrators easier.

Dragging the process out over months or years of a student’s short time in college detracts from their ability to engage in their education.

A prompt notification of all outcomes of disciplinary proceedings to complainants

Use of interim remedies for the complainant

Remedies can include housing change, no-contact order, providing an escort across campus, providing medical, psychological, and academic support, or class section change so that a survivor’s education is minimally impacted by the violence they suffered.

These protections allow survivors of sexual violence to complete their education during a time of intense trauma. If Title IX guidelines are rolled back, more students will be forced to choose between their health and safety and their education in an adversarial and traumatic relationship with administrators, whose job is to foster a safe learning environment.

If the federal government will not enforce these standards, it is incumbent upon educators take up that mantle.

We present a very simple formal request: if Betsy Devos lowers the standards for the handling of sex discrimination cases on campus, we ask you, President Smith, to recommit to the guidelines set out in the 2017 Swarthmore Student Handbook which are include more robust and rigorous rights protections. Furthermore, we ask that Swarthmore more specifically explicate and guarantee the rights of individuals who face unique barriers to reporting sexual misconduct, namely LGBTQ students, undocumented students and students of color.

The Education Department has also rolled back Title IX protections of trans and gender nonconforming students, and institutions must individually commit to guaranteeing the rights of those students. Additionally, schools must be trained in responding to cases of violence beyond the most common stereotype—including providing services and trainings related to male survivors, LGBTQ students, and students of color at predominantly white institutions.

Additionally, in a sociopolitical environment where undocumented and immigrant students are generally uncertain about their legal status, universities must state clearly that Title IX protections are granted to all students and ensure that their status will be protected during Title IX proceedings.

No student can be denied an education on the basis of gender. Sexual violence disproportionately affects women and gender minorities and inhibits their pursuit of education. The Education Department’s 2011 Dear Colleague Letter clearly explains the rights and protections of both complainants and respondents in Title IX cases and sets forth best practices to preserve both parties’ interests.

These requests require no substantial reforms to sexual violence policies at Swarthmore; merely a public commitment to retain the basic protections and rights currently granted to all students. As survivors dedicating our studies and careers to advocacy for the rights of those affected by sexual violence, we strongly believe that the decent thing to do as an educational institution is to continue to uphold your current commitment to Title IX and the right of all students to pursue an education free of sexual violence.

UPDATE  (September 8, 2017): Since the publication of the above letter, President Valerie Smith, on Friday, September 8, 2017, sent an email addressing the Swarthmore Community. In her email, President Smith noted that despite Betsy DeVos’ plans to revisit Title IX guidelines, “Swarthmore College remains wholly committed to upholding equality and freedom from all forms of discrimination and harassment.”