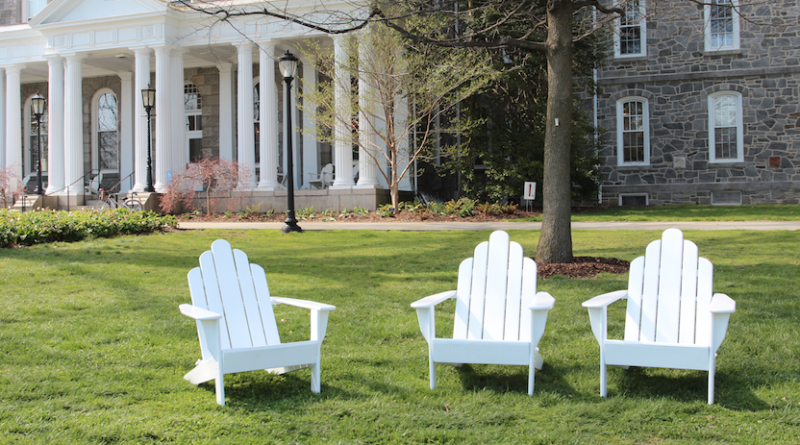 This past week, Swarthmore College publicly launched the “Changing Lives, Changing the World,” an ambitious $450 million comprehensive capital campaign. This campaign purports to preserve, and promote, the college’s commitment to curricular diversity, social impact and, of course, inclusive community. A recent Philadelphia Business Journal outlines just how the large sum of money that the campaign aims to raise will be delegated to benefit Swatties. Among the results that the campaign is expected to have are an interdisciplinary academic building, increased financial aid support for incoming students, more resources in support of Swarthmore’s commitment to social impact and infrastructure renovation.  Yet, it would be a mistake to solely emphasize the monetary value of this campaign. For all intents and purposes, this campaign provides a meaningful opportunity for Swarthmore community members—current staff and students, alumni, and friends—to have a stake in the overall improvement of Swarthmore College. Surely financial contributions have to be made in support of this campaign, yet those contributing, especially young alumni, should see this campaign as an opportunity to contribute to a better, more enriching and more inclusive Swarthmore experiences for future Swatties.
While a student at Swarthmore, I benefitted from a full college experience. Both on and off campus, I participated in cultural groups, I was placed in meaningful summer internships and I participated in various extracurricular activities that enriched the education I received in the classroom. Yet, I recognize that what I now call my Swarthmore experience would not have been possible if it wasn’t for the generosity of members of the Swarthmore community—like the Kohlberg family, and others—that came before me. In that spirit, I think it is important that alumni, particularly recent alumni, support the “Changing Lives, Changing the World” campaign.
Recent alumni share a unique perspective of Swarthmore College. After all, we have graduated from Swarthmore and can acknowledge that our lives no longer revolve around an arboretum. Yet, we still share a kind of familiarity with Swarthmore which enables us to not fully feel disconnected from current students. Just as importantly, many of us can recall having concerns, holding conversations and participating in amphitheater convocations during which we wanted to build a more inclusive and nuanced community at Swarthmore. Many of us may even recall the frustration we felt towards “the administration,” whom we felt, at times, was not responding to our concerns, or worse, was part of what we perceived to be the problem. I think Swarthmore heard us, and through this campaign, we have an opportunity to help create the Swarthmore we wish we had when we were students.
For some, this campaign may elicit some concern. For instance, asking recent alumni to contribute financially may be regarded as an undue burden to recent graduates who are still transitioning into adult life. That transition, understandably, can be especially difficult for recent graduates with student loans to pay off, as well as other financial obligations. That said, recent alumni still have an obligation to future generations of Swatties. In one way or another, someone had our backs while at Swarthmore, and we have to pay it forward.
I am not assuming that this campaign is an all-encompassing solution to all the concerns that all Swarthmore students may have. I do believe, however, this campaign presents an opportunity for alumni to channel the energy, love, and frustration that we had, and many of us still have, towards Swarthmore to make sure future Swatties have everything they may need to reach their full potential during their time at Swarthmore. During the announcement of the campaign’s public launch, Political Science Professor and Executive Director of The Lang Center for Civic and Social Responsibility, Ben Berger, framed the campaign in a way that I think is relevant to all Swarthmore community members, including alumni. “The product [of the campaign] is us,” Professor Berger said while speaking to a crowd of students, faculty and alumni. Further, the goal of the campaign, Professor Berger mentioned, is “everyone here.” He was right. There really is one beneficiary of this campaign—Swarthmore College. And we are all—students, alumni, faculty, parents, etc.—a part of Swarthmore College. Thus, we have a responsibility to contribute to its improvement so that future generations of Swatties may benefit from our involvement, and they can then pay it forward themselves.