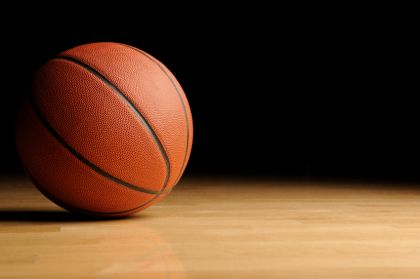 The city of Philadelphia has a rich basketball history. The Philadelphia 76ers have produced numerous Hall of Famers such as Julius Erving, Wilt Chamberlain, Charles Barkley, Moses Malone, and Allen Iverson, all of whom have left permanent legacies. However, the Sixers haven’t been serious championship contenders since 2001, when Allen Iverson and company lost to Shaq’s LA Lakers in a 4-1 blowout series. The post-Iverson era has been one of rebuilding and frustration among fans.
The team hasn’t recorded a winning record since the 2004-05 season and, over that span, they had a mediocre five playoff appearances. Moreover, the team hasn’t finished better than sixth in the conference and has only made it through the first round once. Management has also been a major problem for this franchise. In fact, the team has had nine head coaching changes since 2000. Year after year, the Sixers have been at the top of the draft, searching for a young talented star that could once again excite Philly’s dedicated fan base.
The 76ers have continued to turnover their inexperienced rosters unsuccessfully. Dating back to 2004, Philly has drafted and subsequently traded away talented NBA players such as Andre Iguodala, Louis Williams, Thaddeus Young, Jrue Holiday, Evan Turner, Nikola Vucevic, and Michael Carter-Williams. The team’s management and fans all had high hopes for these players, naïvely believing that they had uncovered a treasured “franchise player.” However, most of these players packed their bags after a couple of seasons.
Last season, the Sixers were, once again, the worst team in the league. Despite some promising play from rookie Jahlil Okafor, the young player dealt with off-the-court issues. Additionally, the team lacked the talent and consistency necessary to compete on a consistent level. In the end, head coach Brett Brown led the team to a ten-win season, the third-worst season recorded by a team in NBA history. On the wrong end of the record books, the Sixers quickly looked to move on and have a productive offseason. The team drafted Ben Simmons with the number one overall pick in the draft, picked up veteran Ersan Ilyasova, and gained a valuable asset in Joel Embiid, who finally recovered from several injuries that had derailed him from making his NBA debut for two seasons.
The season got off to a shaky start. A season-ending injury for Simmons in the preseason and continued health concerns for Okafor pointed to a possible repeat of past failed seasons. The team was winless in its first seven games and 7-24 a little bit more than a quarter of the way through the season. However, the team began to feed off of Embiid’s positive outlook and energetic demeanor on the court.
The team has recently gained some momentum, winning ten of thirteen games and recording an 11-8 record since December 30th. This solid stretch of play included marginal wins over the Nuggets, Knicks, Timberwolves, Raptors, and Trailblazers. Embiid, the dynamic big man from the University of Kansas, is having a stellar rookie campaign. He is averaging just over 20 points-per-game and shooting over 46 percent from the field. Embiid has also brought a tremendous amount of exuberance and excitement to this young team. He constantly gets the “Philly fanatic” fans involved, pumping up the crowd after dunking on opponents or hitting big-time threes down the stretch. Other young stars on the roster are also starting to come into their own. T.J. McConnell has brought a gritty, underdog attitude to the point guard position, passionately taking on the role of the unsung hero of the squad. Nerlens Noel has been a valuable sixth man for the team, putting in valuable minutes off the bench and contributing on both sides of the court. Ersan Ilyasova is also having a big year, averaging 15 points-per-game and mentoring other young big men on the roster like Embiid, Okafor, and Noel. The 76ers are also enthusiastic about Jahlil Okafor, who just returned from injury and looks to be healthy for the first time in a while.
Although the team is just 18-32 on the season, Sixers fans have a lot to be excited about. In just his rookie season, Joel Embiid was named to the Eastern Conference All-Star Team. Embiid is the first Philadelphia player to be named to the team since Jrue Holiday in 2013. The team also has a winning record since the year turned and is competing consistently with some of the top teams in the league. As the team continues to fight its way back into contention, management is looking to move one of its young stars to add more depth and experience to the roster. Finally, the prospects of an Embiid-Simmons duo next year are exciting to say the least. The 76ers finally look like they’ve overcome their growing pains and are ready to do something that they haven’t done in years: win.