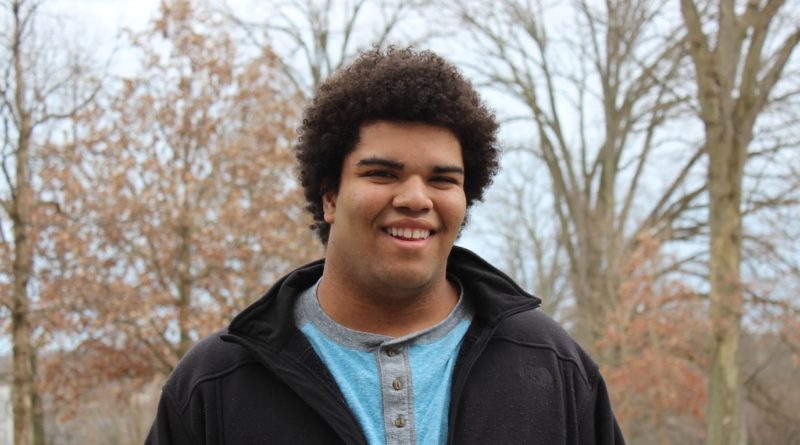 This past week, Hunt put an exclamation point on his already impressive sophomore season. Earlier this January at the Coach I Open, Hunt recorded a stellar 13.42 meter throw — a throw that was .8 meters away from cracking the top ten in school history. In his next event, The Widener Field Meet, Hunt didn’t leave any question as to whether he belonged in the school’s record books. He tossed the shot put a mammoth 14.50 feet, crushing his previous distance by over a meter. Now, Hunt is in sole possession of fourth place on the all-time school list.

THE PHOENIX: How did you decide to take up shot put and discus? Which one do you like better?
JARED HUNT: Funnily enough, I first began throwing because my older brother ran hurdles in middle school and I wanted to take after him. We quickly recognized that hurdles was not going to be the event for me, so I decided to try throwing, and I really enjoyed it. I actually liked discus a lot more, and I’m guessing it had something to do with how much farther it goes than a shot put and how cool it is to watch one in flight, but recently shot has started to grow on me a little.
TP: How are you able to juggle shot put training with your school work?
JH: Even though practice does take up a significant amount of my day, I feel that it forces me to be more disciplined with the time I have left. It adds a structure to my day, and because of that I think it is a healthy compromise.
TP: What is your prospective major and what influenced you to pursue it?
JH: I’m planning on becoming a neuroscience major. My interest in studying neurodegenerative diseases stems from my family’s own run-ins with Alzheimer’s.
TP: What does it mean to have your name etched into Swarthmore’s shot put record book?
JH: It’s an honor and one that I never expected to happen, especially because I did not think I was going to throw coming into Swarthmore. The top ten lists for each event hang outside of the coaches’ office and passing by them every day always motivates me. Now seeing my name up there with the others that have come through Swarthmore over the years is incredible and make me even more determined.
TP: You are only .8 meters away from breaking a school record that has held for 25 years; do you have your sights set on eclipsing 15.3 meters one day?
JH: Ultimately that is a goal of mine, but I’m mainly focused now on just training hard and improving my technique and preparing for the conference meet. In a sport where improvement of a couple of centimeters is hard to come by, 0.8 meters is still fairly far away.  If I should be lucky enough to one day achieve this feat, I will be tremendously happy.