Arts & Features » A Tribute To Leonard Cohen: A Life Lived in Light and Dark 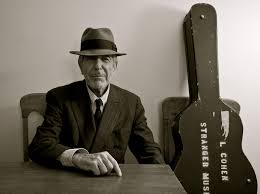 It might seem unnecessary to write anything more about the Nobel Committee’s decision to award this year’s Nobel Prize for Literature to Bob Dylan. Articles and opinion pieces have appeared, questioning whether the American singer-songwriter deserves such a prestigious award that has in the past gone to novelists, poets, and philosophers. I have no objection to Dylan’s Nobel Prize. I think he deserves it. But the Nobel Committee missed out on an opportunity to honor one of the greatest wordsmiths of the past half-century—a man who died on November 7th of this year.

Leonard Cohen was already an established poet and novelist when he became a pop singer. He released his first album at the age of 33. Cohen was too old and, besides, too serious, to attempt to imitate Dylan’s Rimbaud persona. In his songs and in his life, Cohen never tried to adopt any persona besides his own. He spoke as himself, as honestly as he could, hiding as little as possible. And while Dylan downplayed his Jewish heritage, going so far as to briefly reinvent himself as a Christian rock singer in the greatest betrayal of the counterculture since the Monkees, Cohen made his Judaism impossible to forget, filling his songs with references to Jewish folklore and history.

As Cohen himself would tell you (and as he does, in an often-cut verse from “Hallelujah”), the divine and the profane are often conflated. It’s for this reason that Cohen was as comfortable writing about one-night stands in a hotel room as he was confronting the specter of death. Often the two are wed: in his “Famous Blue Raincoat”, a love triangle is cast in terms of the myth of Cain and Abel, as Cohen offers forgiveness to “my brother, my killer,” saying he’s “glad you stood in my way”—God’s favor, in the original story, is recast here as the love of a woman.

Longing—often sexual, but just as often for simple affection—is a common theme in Cohen’s work. Consummation is less so; Cohen seemed to find a profundity in the denial of love, in love that falls short. But Cohen laughed in the face of those who thought they might find love without pain. To Cohen, love and pain were inseparable. He did, after all, release an album titled “Songs of Love and Hate.” One never comes without the other. If Cohen lacked Dylan’s manic, hypnotic energy, he made up for it with a grimly adult weariness that could both warm and chill the soul, offering comfort in solitude even when he recalled the joys of living among others.

But to speak only of the darkness in Cohen’s work is to forget the light at the end of the tunnel. In the midst of his world of brief, tortured love affairs, loss, and neurotic desire, a higher power was always there, reaching out from beyond the veil of the infinite to brush against his outstretched hand and offer him some kind of solace. For decades, as his star waxed and waned, Cohen refused to take that hand. But on November 7th, at long last, Cohen took hold of that hand, and it lifted him up, into the realm of that which is without end. And at this very moment I have no doubt he’s standing before the Lord of Song, with nothing on his tongue but: “Hallelujah.”

One thought on “A Tribute To Leonard Cohen: A Life Lived in Light and Dark”