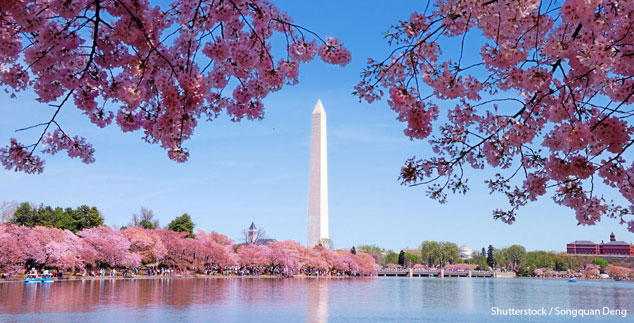 On one peculiar early Wednesday morning, at approximately 3AM, a real estate developer and reality television star named Donald J. Trump shockingly defeated former Secretary of State and favoured winner Hillary Clinton, and was elected to be the 45th President of the United States.

It was the culmination of an unusually divisive election year that was unprecedented in its outlandish claims, relentless insults, xenophobic generalisations, and misogyny. But it was also the climax of an enlightening campaign, which revealed that, for whatever reason, a large portion of Americans are very anxious about and frustrated with the country’s direction. It was a blaring wakeup call to the establishment politicians, economists, and media.

But speaking for myself—an international student and East Asian who lives within the safe, insulated, liberal, cosmopolitan bubble known as ‘Blue America’—Trump’s victory was a particularly heart-wrenching surprise. It has left me almost void of hope and certainty with my life here and our society. It has made me feel that I would, and could, never belong to a community that overwhelmingly supported a dangerous, xenophobic, vulgar megalomaniac.

It has had me asking: do they even want me here?

Certainly, I’m not the only one harbouring these thoughts. As I’m writing this article, protests (and riots) against Trump are happening across the country—most notably in the cities of Los Angeles and New York City. ‘#NotMyPresident’ is trending on the internet. People are calling for the Electoral College ‘electors’ to not vote for the President-elect. The country seems to be in shambles, deeply divided along class, as well as party, lines. Faithlessness in American democracy is running rampant in the Age of Trump.

And yet, nearly 8000 miles away, protests are happening, not much different than those in New York and California. In the small East Asian city-state of Hong Kong, thousands of demonstrators have taken to the streets to protest against what they see as an erosion of what limited democracy and self-determination they have there.

The ‘Special Administrative Region of China,’ as it has been officially designated, is in a special position in that it is supposed to be both under the control of, and relatively independent from, China. Enshrined by its mini-constitution—as well as by an international treaty titled the ‘Sino-British Joint Declaration’—are certain civil liberties not enjoyed by the denizens of mainland China, as well as the guarantee that the region would maintain a “high degree of autonomy” when it comes to its legal, economic, and political systems.

So when China decided to re-interpret Hong Kong’s constitution—the first time since the creation of the modern state in 1997—it struck fear and uncertainty into the hearts and minds of the region’s many inhabitants. When two “pro-independent” legislators were barred from taking their oaths after Chinese bureaucrats intervened in a Hong Kong High Court case, declaring that the two were a threat to Chinese “sovereignty and national security,” thousands of demonstrators—mainly millennials and students—came out to protest. And when China declared, that same day, that lawmakers would be “held liable if they violate their oaths,” without specifying who would decide what constitutes a “violation,” as well as what kind of punishment there would be, hundreds of unarmed protesters occupied the streets.

And thus, herein lies my hope for the next four years: Americans, don’t give up on your democracy.

I know that, speaking from a place of privilege, I could never understand how Latinos, Muslims, women, LGBTQ+, and others who have been insulted by the Trump campaign feel at this very moment. The fear that the political systems in place are rigged against you; a frustration that the political privileges promised by this country’s constitution don’t apply to you; a sense of distrust of the congressmen and -women, mayors, governors, and senators who have been elected into office against your will—the skepticism that they won’t stand up for your rights as citizens.

Yet, speaking as an outsider whose hometown is seemingly on the same path of regression and towards the same destination of inequity, injustice, and repression, and speaking as a legal alien residing within, and hoping to become a part of, this country, I hope that you can, and will, believe that basic human decency and the American inclination towards progressivism will eventually triumph over bigotry and authoritarianism. I hope that you can believe that these virtues will check Trump’s worst instincts. I hope that you can hang on to the thought that, if you want change to occur, you can come out in 2018 and 2020 to vote for your local and state representatives.

But most importantly, I hope that you will remember to keep fighting — because the battles are fought not only on Capitol Hill, but on your college campus, in your town hall, and on your local street.

3 thoughts on “A Tale of Two Democracies: An International Student’s Response to American Democracy & the 2016 Presidential Election”