Title: Unexpected surge in externship applications leads to lack of opportunities
Author: Rebecca Castillo
Every winter, a select group of students have the opportunity to spend a week shadowing a Swarthmore alum. This year, the lack of available externships was apparent. The externship application window opens after fall break, and is available for two days. Students can select up to four choices, and those who aren’t matched after the first round can still attend two follow-up sessions.
“I applied for a bunch, and I didn’t get any, which kind of pissed me off,” said Ari Liloia ’20. “There was one that I really, really wanted. I didn’t get matched with it, but I wanted to reach out to the guy. But [Career Services] wouldn’t give me his contact info. They didn’t want to overwhelm [him].”
Career Services was surprised to find that so many students applied this year—viewing the high interest this year as an anomaly.
“This year, the number was unprecedented,” said Kristie Beucler, assistant director of career services. “Much higher than in past years. There were 471 students registered initially this year.  That is a 28 percent increase over last year’s student registration.”
After the initial application period, during which externships are awarded through a lottery process, Career Services opens up leftover externships on a first-come, first-serve basis. Again, the shortage of externships pushed some students to extremes.
“I saw that there was one software-related position still on the table at a small start-up in the Boston area,” said Kastan Day ’20. “I was pretty excited about it. I knew the only thing standing between me and that externship was being first in line. So I got my comforter off my bed and just went down there at about 11:30 the night before and just camped out. I slept great, personally. I slept like a baby.”
According to Day, the next students to show up began filtering in at around 6:00 a.m., when a line began to form.
“[I] woke up at 7 o’clock and waited for like an hour,” said Lily Fornof ’20. “There were people before me too—at least like, thirty people.”
By 8 o’clock, when the first-come, first-serve window officially opened, the line extended all the way from Career Services to Shane Parlor. Career Services continuously updated the site, letting students waiting in line know if their externship had been taken. Career Services contacted alumni  in the hopes of creating more externship openings.
“We asked alums if they were able to have additional students with them, just because of the unprecedented amount of students that were interested,” said Beucler. “More students were able to take advantage of the opportunities.”
After the first two rounds, there was a third round for students who had not been matched yet, though there were few externships left.
“I went through Round one, I actually forgot about Round two, went to Round 3, and they were helpful, but I don’t know,” said Liloia. “I didn’t get one at all. Part of it might have been that I didn’t go to Round two, because I just forgot about it.”
However, not all students were affected by the lack of externships. Some managed to land opportunities that will allow them to decide on a career path.
“I picked my top four,” said Natasha Markov-Riss ’20. “I got my first one. I’m happy now. I just said, ‘I’m really excited about this externship, I hope I get it.’”
Markov-Riss will be travelling to Cambodia to work for a microfinance company that sets up underprivileged people with small loans, allowing them to start up businesses and other entrepreneurial ventures.
“I applied at 3:30 on that Thursday—the last day you could apply,” she said. “I don’t think I did anything particularly special.”
After the externship matching, Career Services held a “Find Your Own Externship” workshop, where they helped students find alum they might be interested in shadowing.
“Many students create opportunities—meeting with alumni or others during an afternoon in the semester here in the Philly area, talking with professionals in their hometown on a school break, perhaps asking for a tour of their workplace or meeting for lunch,” said Beucler.
Beucler also noted that Career Services holds many networking events throughout the year that benefit students sorting out their career interests. 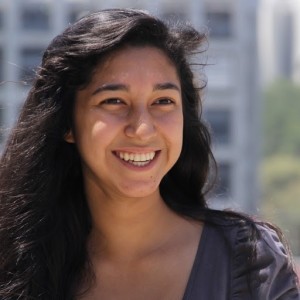 Amid changes in Computer Science, Capstone is the first to go