Opinion » Columns » On emails and institutions 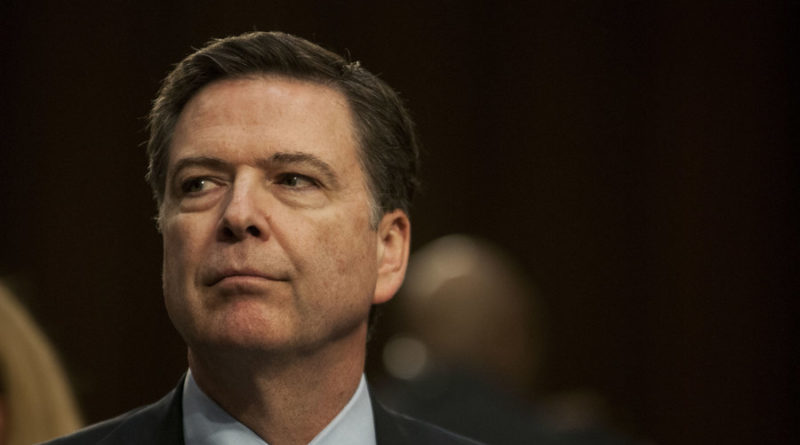 As we rapidly approach Election Day, the resurfacing of the never-ending Hillary Clinton email server scandal has invited renewed scrutiny and a subsequent and marked dip in the polls for the former Secretary. The race between Secretary Clinton and Mr. Donald Trump continues to tighten, with polls indicating that the two are neck and neck in key battleground states. After the third debate, the penultimate of a series in which Secretary Clinton dominated according to most prominent polls and surveys, things were looking increasingly bleak for the Trump campaign. Complacency was still being discouraged, as one can never be sure of a hidden vote or Election Day upset, but the tide was most certainly on the Secretary’s side. In one of the vaguest statements made in the course of this election (not including the remarks of Mr. Trump himself), F.B.I. Director John Comey notified the Senate of some updates to the email server incident. He stated, “Although the F.B.I. cannot yet assess whether or not this [new] material may be significant, and I cannot predict how long it will take us to complete this additional work, I believe it is important to update your Committees about our efforts in light of my previous testimony.” In doing so, according to many former and current senior law enforcement officials, including former Attorney General Eric Holder, Comey strayed greatly from protocol, policies, and tradition when it comes to releasing sensitive information in the days leading up to a critical election. Generally, the F.B.I. and the Justice Department at large refrain from acknowledging or issuing statements regarding investigations that are ongoing; this standard is even higher when an election is imminent, and the case at hand may have significant impact on the results.
In an interview broadcast days after the release, President Obama stated, “We don’t operate on incomplete information. We don’t operate on leaks. We operate based on concrete decisions that are made… When [the email scandal] was investigated thoroughly the last time, the conclusion of the F.B.I., the conclusion of the Justice Department, the conclusion of repeated congressional investigations was that she had made some mistakes, but that there wasn’t anything there that was prosecutable.” Beyond the most rudimental fact that these investigations have revealed nothing of significance or relevance (and likely will not yield anything meaningful until after Nov. 8), their reveal indicates the use of a bureaucratic role positioned in what ought to be the most objective, impartial, and judicious part of the government for partisan purposes.
Federal agencies and departments have a duty first and foremost to their country and the American taxpayers that fund their operations. The nature of positions such as F.B.I. Director are not intended to be partisan in nature; they are not filled by political figureheads or bigshot lobbyists but by seasoned individuals who have the skillset and experience to be able to best promote our collective interests and national wellbeing. These individuals do not have any obligation to their parties or the candidate associated with their party. Comey’s actions cause American citizens to call into question the lack of objectivity of a federal agency, part of a department responsible for ensuring the upholding of justice, thereby violating the sanctity of a government institution and setting a dangerous precedent. Justice ought not to tread within partisan lines. It is fundamentally misaligned with our constitutional values and principles for legal institutions and proceedings to be tinged by the political agenda or leanings of an individual or party.
This latest headline comes in the wake of some of the most severe political partisanship our democracy has ever seen, further reflected through a Republican commitment to impeach Secretary Clinton—for what, we may never know—immediately upon entry into the White House if she is to win. There is no telling what other irrelevant scandal or unimportant issue will arise in the next week prior to Election Day; in fact, we don’t even know if Donald Trump will concede if he is to lose for he likes to “keep [the] suspense.” The only variable we, at an individual level, can control for is voter turnout; it is critical that each of us canvass, call, and volunteer in any capacity throughout the next week. It is still more essential that anyone who can vote does—we get both the democracy and the democratic institutions that we deserve.