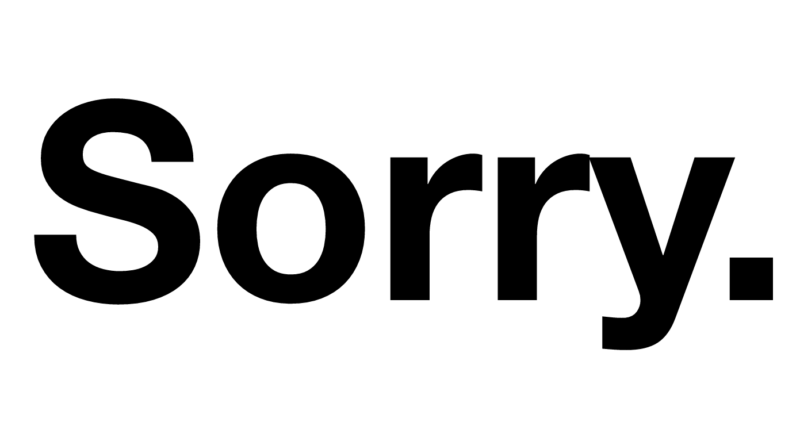 At The Daily Gazette, we’re proud of our rigorous editorial process. Every article, be it news, arts, or opinion, goes through an intensive back-and-forth editing session with a section editor, and then gets read by one of the two editors-in-chief before getting green-lit for publication.

Today’s publication of “The Admissions Office Doesn’t Care About Your Values” was a failure of that process, and we apologize to those readers who were shocked not just that it said some of the things it said, but that The Daily Gazette published it.

We often publish op-eds that most of our editorial board fundamentally disagrees with, because we think that, when well-argued and respectful, those op-eds can lead to constructive dialogue. But, as many readers have pointed out, today’s op-ed failed on all those counts.

What should’ve happened last night is that either a section editor or editor-in-chief should have seen what was in the article and immediately blocked its publication. We would have then sent it back to the writer with extensive comments about its structure, tone, and evidence. Unless the article removed all its glaring issues and instead became a reasonably well-researched piece, it would never have seen the light of day.

The out-of-nowhere passage where the author writes that wealthy students “are paying not just for their own education but also for the education of their hyper-liberal classmates who resent the upper class at its core” has no factual basis. The subsequent injunction to “stop whining and get over it” is just plain offensive. Finally, there’s the deplorable suggestion that aided students warmly say “thank you so, so much for being forced to pay for my opportunity” instead of “check your privilege.” The Daily Gazette is a place for diverse opinions, but it is not a platform for self-satisfied and insidious classism.

This is our promise going forward: A heightened sense of awareness at every stage of the editorial process, particularly when it comes to the opinions section. From now on, both of our opinions editors, instead of just one, will read every op-ed, and it will then get read by an editor-in-chief. With that extra set of eyes and what we have learned from this experience, we will not again confuse a merely unpopular opinion with a callous attack.

The Daily Gazette editorial board

The Daily Gazette is Swarthmore’s daily newspaper. The Gazette is sent out every work-day to more than 2,500 people, and has thousands of readers from across the world. The Daily Gazette was organized during Fall semester 1996 by Sam Schulhofer-Wohl ’98. The goal: to provide timely coverage of campus news and Garnet sports while maintaining complete independence from the administration and student government.